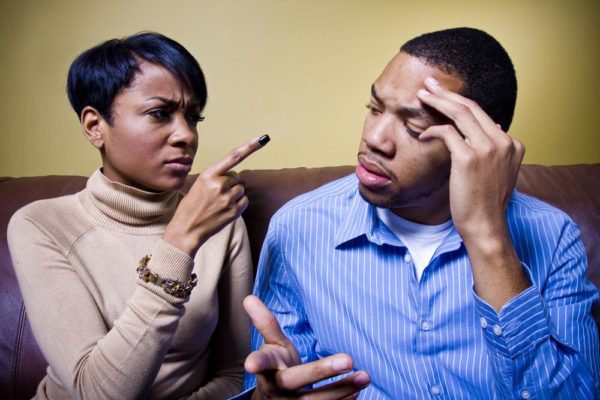 A business woman, Celestina Falaye, 33, pleaded with an Igando Customary Court in Lagos on Tuesday to dissolve her marriage, citing her husband’s heavy drinking and hemp smoking habit.

Celestina told the court that her husband drank a lot of liquor and smoked Indian hemp, after which he often misbehaved.

“My husband takes alcoholic drinks excessively and gets drunk after which he falls inside gutter, misbehaving and disgracing me.

“Neigbours will be calling me to come and carry my husband that he has fallen inside gutter.”

“My husband is always mentally disturbed after taking hemp and he always descends on me, beating me,’’ she said.

The petitioner said that she established a business for her husband, who was jobless but that the business collapsed after just two months.

“I opened a bookshop for my husband but he mismanaged it — the capital and profit were spent on beer. He is lazy and does not want to work.

“He depends solely on me for feeding, paying the children school fees and paying house rent,” Celestina said.

The mother of two begged the court to dissolve the two-year-old marriage, saying the love she had for her husband was gone.

However, the respondent, Segun Falaye, 40, denied some of the allegations but accepted some.

Falaye said he was used to drinking but that he was not always drunk. He denied ever taking Indian hemp.

“I have never taken Indian hemp before but I take alcoholic drinks moderately not excessively.’’

Falaye said that he used to pay bills when he was working but now that he had no job, he could not steal to fend for his family.

He said that his wife wanted to turn him into a house boy.

“She controls and commands me as if she was talking to her baby all because she pays our bills,” Falaye said.

He described his wife as an aggressive fellow.

“My wife is aggressive, she gets angry easily and always and she slaps me anytime we have misunderstanding and tells me that I have no say.”

He, however, begged the court not to grant his wife’s demands as he was still in love with her.

The President of the court, Ruphus Adeyeri, adjourned the case to Jan. 21 for judgment.