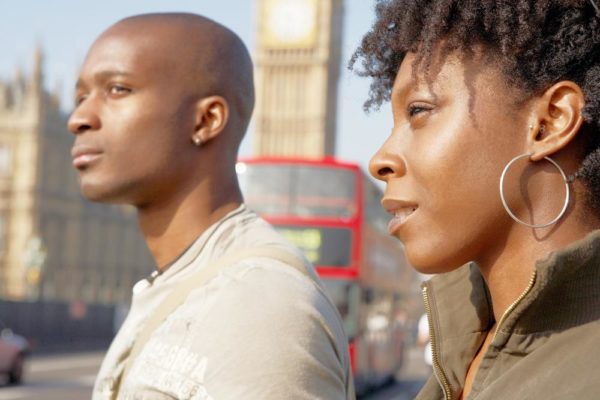 A few days ago I was scouting my usual social media sites and I came across the mention of a celeb whose marriage had dissolved towards the last quarter of 2014. There are now pictures of both the celeb & the spouse with other people whom judging by the level of intimacy in the pictures (how did they get to the media anyway?) it’s safe to assume both parties are now in relationships with other people. At first I just stared at the pictures and wondered if they were from a movie scene or something, but there where many of them and also more showing the other spouse in similar compromising poses. Just in case what I was reading at that moment was true, it gave rise to the question of how soon is too soon to move on from a dissolved relationship?

I sometimes wonder if it’s no longer cool or in vogue to spend time healing. You know… with a tub of Ben & Jerry’s Strawberry Cheesecake Ice Cream and a dozen Georgetown cupcakes while watching Bridget Jones’s Diary. The last time I experienced a major heartbreak I couldn’t even eat. I lost major pounds on the scale within one week (dieters take note). I kept staring at every wall like I was in a psychiatric ward, and I refused to take a shower or even look like a human being. It did not occur to me even once to get up, shake my tushy and get to moving on with life until weeks had passed. I’m now beginning to think I was a little extra back then, and maybe that’s not how it’s done these days.

When you break up with a guy, how long are you permitted to stay single, mourning the relationship or the guy, or the benefits of dating him which I’m assuming are now off the table since y’all broke up right? What about when it comes to a dissolved marriage, how soon can either party move on? I’m asking from a theoretical point of view and also an ethical stand point – if any. I’m actually assuming a really, really bad break up that involved harsh words, throwing of furniture (Incredible Hulks, una well done o), possible physical abuse, etc. is devoid of morals anyway so maybe we shouldn’t even worry about that. Should we even bring a religious stand into this at all?

From my experience, a breakup is quite heartbreaking- an emotional turmoil. It is a commotion of the best worst feelings anyone could experience. I kind of believe this is true if the relationship was meaningful to you, and you loved your partner.
When I come across someone who just ended a relationship seemingly looking like they are having the time of their lives, I do an inward double take, side eye, and say to myself “humm….it sure didn’t take you long to get your groove back”.

I, however, wonder if it’s all a façade. Could one be in so much pain, that pretence is suddenly the Panadol to heartache? Perhaps there is no pretence and it is indeed quite possible to bounce back in what seems like a nano-second from a dissolved relationship. Maybe it is quite possible to not even think about the other person at all; once the goodbyes are said and the doors closed, that’s it. Finito! I mean, after all, memories of all those times spent together, meals eaten together, trips taken together, inside jokes, naughty private messages, dreams shared or killed-   Even intimacy could be forgotten just like that….really?

The Mills & Boons reading romanticist that I am, refuses to believe anyone can move on just like that. I am holding on to the idea that if you really can wear your Victoria Secret, strap on some heels & strut your stuff to the next available man in less than a month, you kind of, probably were not exactly in love with your man.

For the men, let’s not even go there since we know you guys are from mars anyway. You probably can’t even tell which memory goes to what girl, since you turned your whole love life memory into Oshodi market of the 90s.

I’m sure my ideology of the healing process makes sense to me alone, but just in case I’m not the only one out there I’ll like to know: after a dissolved relationship how soon do you think one should move on to the next relationship? Does it even matter?

Frances Okoro: The Quest for Great Nigerians Begins with You & I