Should You Bump This - Music Review: Ice Prince - Trash Can EP 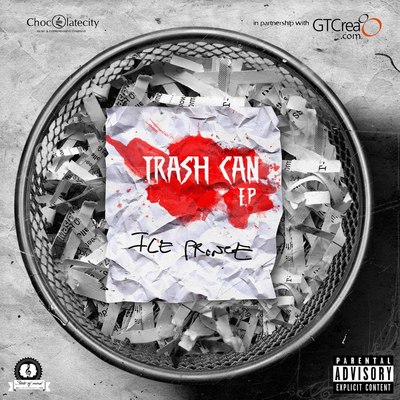 BN Music lovers, we’ve teamed up with the duo at Should You Bump This, and we’ll bring you a special album review of music from some of your favourite Nigerian musicians. Sho and Tunde are seasoned music heads and together, they give their insightful and witty take on the chosen album and artist.
***
Happy New Year people! welcome to our first review of the year. Ice Prince’s Trash Can EP.
If you don’t know who Ice Prince is by now, our guess is that you’re from another planet. With 2 albums under his belt which we reviewed HERE and HERE, Ice drops a free project for his fans which you can also download HERE. Peep our review below:

S: Well…he’s still on this his reggae/ragga P and it’s not that bad

T: Nothing special. Sounds like a song he has done over and over

S: I was actually just nodding jejely along to this. Him talking about this one girl …till he said
“I wish i could fuck every girl in the world right now”

S: I mean every girl? Really? Ain’t that 4 billion of them? He didn’t even specify…he said every. That’s little girls, teenagers, aunties and some mothers. Short, ugly, fat, skinny, tall, retarded and shiii. #NoChill 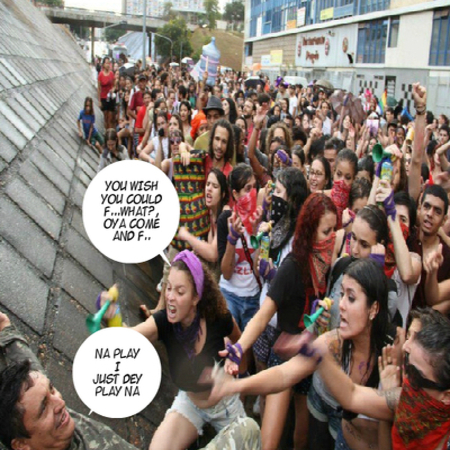 T: It’s not that complicated. Li’l Wayne and Em have said it before

S: Doesn’t Wayne have like syphilis or some ish?

T: No, he has contract disputes

2. Marry You
T: My fav song on the Trash Can EP I wonder why it wasn’t on an album?

S: This is gonna be that wedding song of the year

S: Then again…the lyrics don’t say “I will like to” It says “I for like to” Means a ni**a can change his mind way through the ceremony

S: Once the video drops…Ice will be back at a wedding reception near you

3. Nobody
T: Pass…This one is for the trash can.. Lazy lyrics

S: No one gives a flip about (insert something) …repeat x34 times

T: Pass it to me please. I got this on replay all day

S: They should have put this song on the other EP

T: What other EP?

T: Are you saying Ice has so many garbage songs?

S: Tomorrow is my birthday

S: Thanks…well now that we changed the subject. On to the next song

S: My favourite song! This jam sweet like small chops. Although it came 2 years late tho

T: Nope. Go there on a Sunday night

S: Elegushi was on fire in 2012/2013. When traffic go dey hook niggaz from first roundabout. Ain’t the same now. Niggaz be breezing in and out

T: Ice wasn’t lying when he said ‘so many big big baka in the yard.Dope song

S: Ice should please put him on

6. One Day
T: Pretty decent Ice Prince jam..He already has the ingredients for this kind of jam in the kitchen

S: The shoutout my boys song. Ice got enough shoutout songs under his belt

T: He has enough guys

S: If he hasn’t mentioned your name yet and you think you are his guy…Sorry bro! Time to port.

Verdict
S: Ain’t nothing new on this Trash Can Ep. Just Zamani giving his fans something to see them through before he gets back in the ring!

T: Ice doesn’t stray far from his winning formula, if you like him, then this Trash Can Ep is for you.

7 Years Later, Nicole Scherzinger Breaks Up with Her Boyfriend Because ‘He Had No Plans to Marry Her’

Mnena: These Employers Need to Feel Our Pain