You Guessed It! The No 1. Movie the World Can't Wait to See is "Avengers: Days of Ultron" 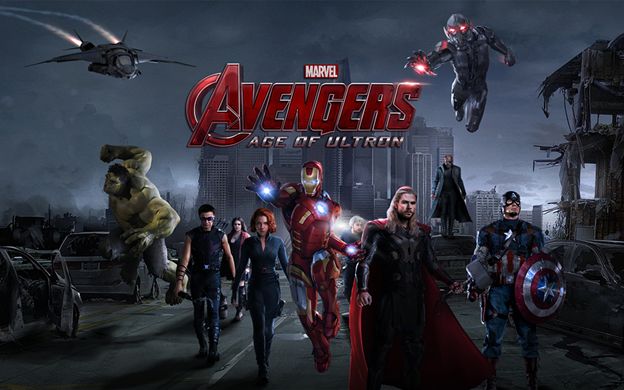 We are so excited to be sharing our No.1 movie the world can’t wait to see in the Tripican.com Top 20 Most Anticipated Movies of 2015. We shared  Part 1 , Part 2 & Part 3 in the earlier part of the month, and boy were they packed full of amazing movies!

Now, we are sure you’ll drop your popcorn for the No. 1 movie – Avengers: Age of Ultron.

In ‘Avengers: Age of Ultron’, Joss Whedon returns to write and direct the follow-up to the uber-successful and thrilling Avengers film. The picture completes Marvel Studios’ Phase 2 films which includes: ‘Thor: The Dark World‘, ‘Captain America: Winter Soldier‘, Edgar Wright’s ‘Ant-Man‘, and the ‘Guardians of the Galaxy‘.

In the 2nd Avengers movie, Tony Stark tries to jump-start a dormant peace-keeping program and things go awry. It is now up to the Avengers to stop the villainous Ultron from enacting his terrible plans.

If you think the first Avengers movie was amazing, then you aren’t ready for this one.

Wow! Can you feel the excitement building already? We don’t even think we’re ready!

For the past couple of days we have been running a competition! If you were the lucky person to guess the No. 1 movie for 2015, we are announcing the winner on our Facebook page: www.facebook.com/Tripican and Twitter handle: @Tripican.