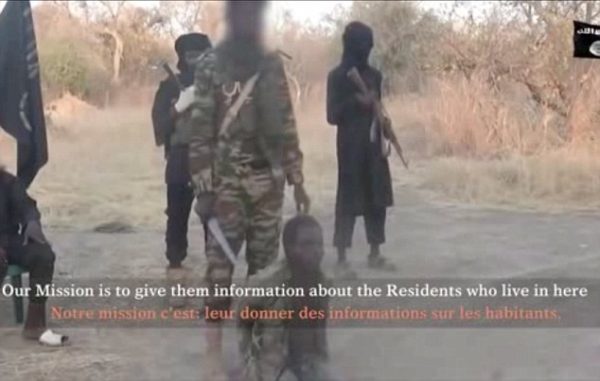 
In the video titled “Harvest of Spies,” which was released via Twitter, the men identified as Dawoud Muhammad and Muhammad Awlu, are led by the terrorists and then made to kneel. Awlu is then made to confess his “crimes” at knifepoint, Daily Mail reports.


Awlu proceeds to state that he is a farmer from Baga in Borno State, and had been hired by a local police officer to infiltrate Boko Haram.

The insurgents subsequently behead the men. Reports state that the execution isn’t shown on camera, as “the video fades before the actual beheadings take place, and then shows the two men’s bodies with their heads placed upon their chests.”

The execution style employed in the video is similar to that of the ISIS militants.

American Woman Wires $1.4 Million to Online Lover in Africa She Has Never Met