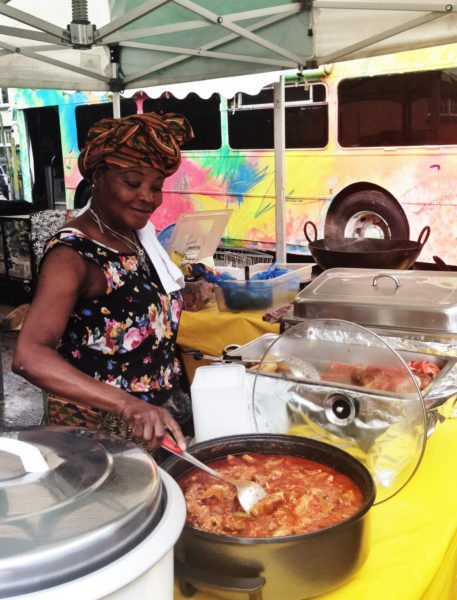 For us in Africa, meat is a sign of the good life; people who can’t afford to eat meat are believed to be down on their luck. We save our pieces of meat proudly to the end of the meal like it’s our reward for finishing the meal. I know of legendary fights that happened in my household as we were growing up because of meat, which is ridiculous to me now, because what’s the big deal with meat?

You can’t serve an African man food without meat. Are you for real? What would bring that temerity? My dad’s meat used to be in a separate plate, loaded high with the stuff. I also know this was true or is true in many people’s households. And it’s not just the older generation; the men of my generation are fanatics when it comes to meat. We attach a very significant importance to meat; you will hear of people say in a house that there is no food because there is no meat or restaurants telling you they do not sell food without meat.

It’s not just in Africa, in other parts of the world, e.g. America, they are crazy for their meat also. I don’t think any country can come close in mastering the art of roasting/barbequing meat like the Americans can.

What is the big deal with meat? Meat is the most important side dish for us; even a little child knows his meal is not complete without the piece of meat on his food.

Ever been to a ‘Buka’ and see how ‘big’ men are pointing to the exact meat they want. It’s not even a function of being a big man. Men in general are particular about their meat. They know what they want when it comes to meat. They want their ‘ishan’, ‘orisirisi’, ‘shaki’, ‘abodi’ ‘bokoto’ (I apologize to non-Yoruba speakers but these are parts of meat). It’s just amazing.
A friend told me about a wedding she went to once where the food warmers of meat mysteriously ‘disappeared’. She said it created havoc – big men going to harass the small chops and barbecue people to put meat on their food. I feel they could have just had the food with other accompaniments like salads, moimoi or something but no. Meat is a big deal with us.

I went a University here in Nigeria, where meals were provided and these meals were vegetarian. I look back now in amusement. In all fairness, the meals were nutritious and tasty; they even had a ‘meat ‘substitute by giving us TOFU. It’s made from soya bean and fried or baked. It was alright, but it wasn’t meat.
The way we wasted our parent’s money amazes me now, a lot of us didn’t go to the cafeteria except on days that we will be served special meals. The food was just not appealing, if you went to cafeteria, it was out of necessity, and you were probably broke or too hungry to care.

And what was the alternative? Going to town to buy food. The amount of money I spent on eating ‘gbadun rice’ was astounding; Gbadun rice was white rice with the authentic ayamashe stew made from green chillies (habanero). Another alternative was the food the bricklayers that were building used to eat, we called it ’bricks’ (pretty ingenious huh?). This food was not very tasty but we ate it because the appeal was the meat.
I don’t know of people whom passed through my school and adopted it as a lifestyle choice. My baby brother who is still in this same school is a rarity. For some reason, for about three years now, he doesn’t eat meat or fish. I don’t know why. I think he doesn’t know why himself but that his lifestyle. And to understand how we are in Africa, nobody takes him seriously; we are always still offering him meat which annoys the boy. We think it’s just a phase he will outgrow.

So let’s look at the pros and cons. Why is meat good or bad? Also note that I am not really talking about fish. Fish is seen as the good cousin; it’s healthier and cheaper than meat. It doesn’t really come under a lot of criticism. People will tell you to give up meat for fish.
There are all sorts of meat. The popular ones for us in this clime are Beef, Chicken, Goatmeat, Lamb, Duck, Turkey, Bushmeat and Pork. I believe Snail is also meat, but when I ask people, they say I can’t really call snail meat per se, I don’t get it. In other places, they eat frogs, snakes, camel, crocodiles etc. Meat is basically other animal flesh.

Meat is DELICIOUS. That is the biggest and best argument for meat. I can eat my meals without meat on them, I am not really particular but try and tempt me with a sexy beef cheeseburger or meat lovers pizza, I am a goner.
Meat is a rich source of protein. Protein improves the overall health and wellbeing of one’s body; it builds and repairs body tissues. It improves the function of muscles and bones, it produces antibodies that can fight infections and helps the immune system.

Meat is rich in Zinc, Iron and Selenium. Zinc helps in tissue formation and metabolism; Selenium breaks down fat and chemicals in the body and Iron with blood formation. Meat is also a rich source of Vitamins A, B and D. It’s interesting to note that Vitamin B12 is not found in any plant. Creatine, Carnosine, DHA and EPA, also very important antioxidants are not found in plants.

It is amazing that with all these nutrients it boasts of, meat has come under bad publicity for some years now, with more people advocating for a vegan lifestyle. Consumption of Meat has been linked to cardiovascular diseases and certain types of cancers. It’s also said it takes days for meat to digest properly in the digestive system.
So should we give up meat because of the negatives? Why should we do this since God made us omnivorous? We function best eating both plants and animal flesh. In my humble opinion, asking us to totally cut off our carnivorous instincts seems a bit extreme to me, don’t you think?

I will preach moderation in anything we do including the food we eat. I won’t advice giving up a class of food completely; there are people who preach a diet of just protein, ever heard of Atkins diet? I don’t buy that idea. Another thing to do is to go for lean cuts of meat (Chicken is a good example but as tasty as it is, it can get boring, trust me on this, been there, done that), trim off excess fat on the meat we buy and also cook healthier, grilling is a good option.
I believe we should just try our best and be as health conscious as possible.
What do you think? Would you ever give up meat in a bid to be healthier? Are you a meat fanatic? Do you get what the big deal is?

Aunty Bella: Miss. Is My Long-Distance Relationship For Real?