Atoke's Monday Morning Banter: But Do You Have to Beg, Beg, Beg? 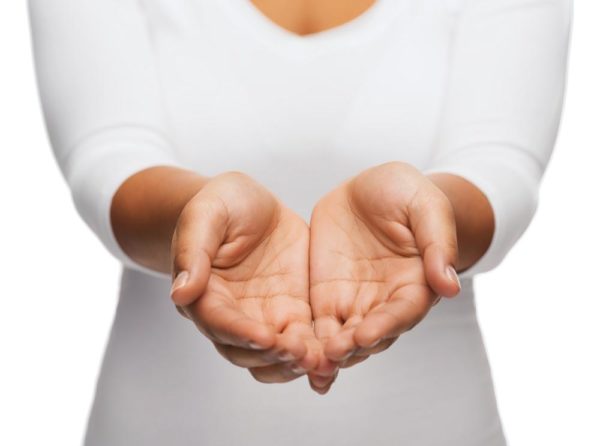 “She kept begging me to give her a pair of shoes I only just bought. I haven’t even worn it. Don’t you get? Like I haven’t even enjoyed one Kobo of the money I spent on it.”

“So, was the issue the fact that you hadn’t worn the shoes, or that she wore you out with the begging?”

“It was a combination of both really. Morayo likes begging too much and I don’t like it. She can beg for the eyes you’re using to see. Ahn ahn! Is she the only one? And if she likes, let her beg till eternity, I won’t give her. I have sent her the link to where I bought the shoes online. Let her go and buy her own and leave me in peace.”

One of the markers of a properly brought up Nigerian child is an ingrained sense of contentment. If you see a parent thoroughly beating their child, the child would most likely have been caught stealing or begging. We don’t play with the notion that our progeny displays signs of discontent – enough to go and start begging his/her peers. It is never a good look on the parents. (You know how big we are on appearances)

Begging is one of those vices that are tricky. According to Yoruba culture, it stems from lack of contentment and it, in turn, usually gives rise to stealing. And in Yoruba land, Stealing is very close to the holy grail of crimes. It is however, ironic that stealing and corruption (ordinary stealing) has permeated every fabric of our society. So from begging politicians to gain access to the crumbs from their tables, there’s a desire to eat straight from the pot.
The general trick to begging is that if you beg very intensely, you might frustrate the proposed benefactor into giving in. If he/she doesn’t give from compassion, he would budge from frustration. It’s the buzzing bee effect.

So when Foluso and I were having the dialogue about her issue with Morayo’s begging, I said, “Well you know some people like to be begged. Maybe she thought if she goes on and on, you’d hand the shoes over to her.”

I reminded her of one time when we were in the Osborne/Kingsway road traffic, some guy indicated that he wanted to get in front of the car that our friend Dapo was driving. Dapo’s refusal to grant the guy access into our lane was because the guy didn’t beg properly. “Is that how to beg for road. He should stay there flashing trafficator.”

I would have thought flashing the light was enough indication for crossing lanes, but we all know that the nuances of driving in Lagos are different. According to Dapo, the driver should have stretched forth his hands, rubbed his palms together in plea, to acknowledge ‘the original owner of the lane’. The further out his hands were outside of the car, the more serious his acknowledgment of his position as the one in need of a favour. Dapo clearly liked being begged.

A friend of mine mentioned that when she was in secondary school, everybody said she liked being begged. She said the fact was that she just didn’t appreciate the fact that people kept asking her for things. She ended up being the person who said ‘No’ until she was badgered into saying ‘Yes!’
For some reason, even though we were raised to be content with what we have, we have grown into adults who want something that belongs to the next person. It’s the inherent spirit of covetousness.

From primary school, you see that your classmate has the water bottle with the TerraHawks characters printed on it. Terrahawks is your favourite TV show and you want it so badly you can taste the longing.

In secondary school, your parents only pack Vitalo for you, and your bunkmate has a cupboard lined with Horlicks.

At University, you wonder why that beautiful satchel hanging across your friend’s shoulder isn’t among your repertoire of bags.

The intensity of your covetousness determines whether you’d beg for the thing to be given to you,. It will even influence how much you’d beg. The intensity of your desire to own something that doesn’t belong to you also means you’re very likely to steal that thing if the begging isn’t fruitful.

One ironic thing about begging for stuff is the fact that we’re also taught that if we ask, we shall receive. I mean, if you don’t ask, how will you know the person won’t give you? I thought long and hard about the issue of begging, and realized it’s not quite as clear cut as I might be thinking it is. If you’re thirsting for your sister’s Chanel bag, is there anything wrong with begging her to give you? She just might have 7 other bags and that particular one is her least favourite. Maybe begging isn’t so bad after all; maybe it is not being able to accept ‘No’ as ‘No’, that is the issue. But go-getters and motivational speakers will tell you, “if at first you don’t succeed, dust yourself up and try again.”

Maybe life’s rules are just contradictory. One minute we’re asked to be thankful and grateful for our lot in life, the next minute we’re judging Morayo for begging her friend for shoes.

It is important to find the right balance. Don’t be a pest to people around you. If you want something and the person says ‘No’, and you feel you will die if you don’t have it, ask the person for where they bought it; you really don’t have to be a leech. Once in a while, try to be a giver…. not every time Bambiala… it is not a very attractive look. Yes, I know you don’t have anything, but out of that your ‘nothing’ give something.

Finally, if you’re one of those people who likes being begged, because it makes you feel good? Get over yourself! Life is too short for you to walk around with a permanent chip on your shoulder.

Related Topics:AtokeAtoke's Monday Morning BanterBeggarsBeggingcontentmentStealingThe Culture of Begging
Up Next

Nicole the Fertile Chick: Nothing to Celebrate