Nicole the Fertile Chick: Nothing to Celebrate 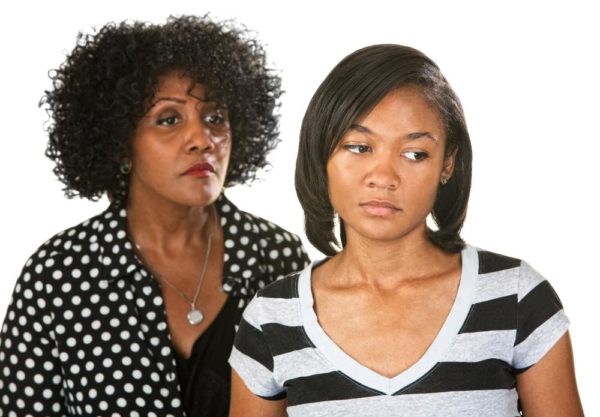 A close friend’s father-in-law recently turned 70. When I excitedly asked what the party plans were, she sighed heavily and responded “Daddy says there is nothing to celebrate oh!” I immediately realized what she meant, and my heart went out to her. Her husband is one of three sons, and none of them, though all married, have any children yet. My friend has only been married two years, but her husband’s brothers have been married for five and eight years respectively. Whilst I understand why that might be a grave cause of concern for their parents, surely reaching the age of 70 should be enough reason to thank God! Celebrating a marriage of over 40 years, having three healthy and successful children should be reasons enough to be grateful, right?! I couldn’t contain myself, and I had to prod further, asking my friend if all members of the family felt that way. She gave a defeated shrug, and told me that even though the sons were eager to throw a big soirée, the overriding sentiment of most family members was that people would laugh at them for celebrating when they were yet to be grandparents. Talk about putting the sons, and their wives of course, on the spot.

I was still pondering this situation when I saw pictures in some of the blogs of the 40th birthday celebration of the beautiful wife of a popular musician. I happen to know this lady personally, and she is the sweetest and loveliest person you could meet. I had barely finished admiring the lovely pictures from what looked to be a fun party, when I read some of the blog comments, and I felt sick to my stomach. Some of these nameless, faceless people were attacking her for dancing and celebrating when she is yet to have any kids. I mean, who does that? So, basically, everything else about this person’s life needs to shut down because she is still in God’s waiting room! The incident made me remember seeing pictures of a popular Nollywood actress out and about at a beach party with friends, a few years ago. The blog comments were extremely vicious. One of these, and I paraphrase, basically implied that she was as good as single because she didn’t have a child. It made me wonder just how low, and mean, people could go!

I’m not pretending not to understand the sentiment. I understand how a person battling infertility could feel consumed by everything, and not be able to see the silver lining in anything. I get it. What I don’t get is why everyone else feels they have must have an opinion about how you choose to cope with this predicament. How you are not sad enough, not happy enough, not prayerful enough, not social enough, for your situation. It was the fear of what people would say that made my friend’s father-in-law cancel any plans for his 70th birthday party, and it will be fear of the blogs that will prevent the next fertility challenged celebrity from celebrating a milestone birthday. Why can’t society just give people having issues a free pass just for once?! Infertility is hard enough without having to live under a microscope, monitored and observed by people with hardly anything positive or constructive to say.

I spent a long time pondering all this, and I asked my husband if he would have been eager to celebrate his 40th birthday two years ago, if we didn’t already have our twins. I was expecting a quick and emphatic “Of course” from him, but was surprised when he paused for a long while, thinking about it. I was even more surprised when he answered he might not have been as enthusiastic about a party if we were still trying for a baby. I would have expected that answer from me, and not him the strong, positive one. I like to think that I would have gone ahead with any celebration, but if I’m to be honest, it’s unlikely I would have. Which is why I am so much in awe of that musician’s wife who celebrated her 40th! Not only did she look drop dead gorgeous, it looked like she had a fantastic time! If there’s any way to shut up the haters, that’s it right there.

Of course, not all the talk and comments are driven by malice and gossip. A lot of people, especially extended family members, are driven by concern. This I also understand. But if you are suffering from indirect infertility, i.e. you are related to, or are friends with, the infertile party, this is one situation where it is the absolute worst idea to grieve more than the bereaved. If your moans and lamentations are as loud as, or even louder than, the infertile party’s, pray tell what good is that to them? Not only will you end up offering no consolation or support whatsoever, you inadvertently add to the pressure they are already feeling. In our TTC days, whenever we visited one of my very distant in-laws, she would always let out a loud sigh about how the other couple from their hometown, who had married the same day as us, were expecting their 1st, and then subsequently 2nd, child. After a while, I stopped accompanying my husband to see this relative. I didn’t need that additional pressure, abeg!

I think my friend’s father-in-law should have gone ahead to have a lavish birthday party, regardless of what people would have said. He should have proceeded to have a talk-of-the-town party where, even if only for that day, their family would not have had to think of anything else. He could have used the opportunity of the party to thank God for his life, and pray for his children. This would have been better than leaving 3 couples dejected and burdened with the responsibility of being the cause of the cancelled birthday celebration.

I guess it’s easy for me to say because I am no longer TTC. True. But I also have the advantage of speaking from both sides of the fence, without any tunnel vision. No matter what our conditions are, no matter how long we have been TTC, there is always, always something to be thankful for. If you are worried about being a certain age, just remember that there are many people who would have loved to, but didn’t, attain that age. Everywhere around you are blessings! Your family, your health, your career, your business, there are so many things we can be thankful for. Every day is a blessing, and if you can remember that, it just might make the TTC journey that much easier.
So….have a wonderful week, and baby dust to all!

Atoke’s Monday Morning Banter: But Do You Have to Beg, Beg, Beg?