Oba Banwo: Why the Bruce Jenner Interview was Important 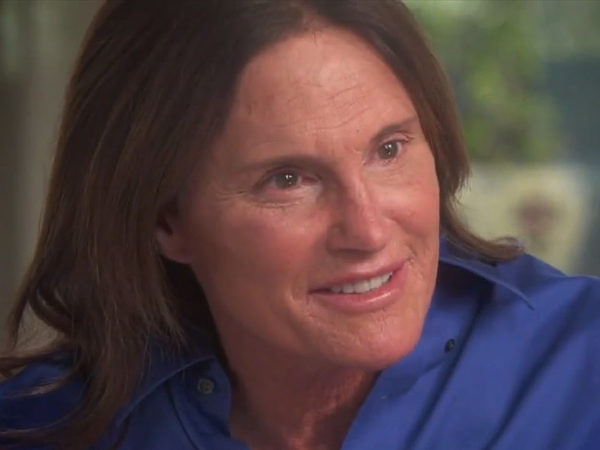 On Friday, April 24th, we witnessed the most anticipated interview of the year thus far. I was skeptical of the sincerity of the interview, as I am with most things Kardashian related. They are infamous for exploiting their life events, orchestrated or not, for monetary gain, and their lives seem to be an endless quest for fame and money. To be perfectly honest, I quite enjoy watching the spectacle that is their insatiable appetite for attention, so in anticipation of watching, that’s what I thought this interview was going to be- a spectacle. But after watching for just a few minutes, I realized that this was so much more than that; this was actually, dare I say, groundbreaking.

Oh the scale of global acceptance of LGBT people, transgender people are by far the least understood, and as a result of that, the most ridiculed. They are labelled as cross dressers, confused or simply taboo. Most people don’t even know a transgender person; in fact, only 8% of Americans know one personally.

Bruce Jenner’s interview was important because it’s outcome was much greater than himself, Diane Sawyer or ABC. It was important for the same reasons as having Hilary Clinton run for president, and for having a predominantly female cast in Orange is the New Black. It was also important for the same reasons as having Tim Cook (Apple’s CEO) come out as gay, for having the Obamas’ as the first family, and for having racial minorities as leading characters on TV and cinema- Representation.

We underestimate the impact of seeing ourselves in others, especially when we represent a minority or are at a point of disadvantage. Bruce Jenner is the first prominent personality to publicly undergo a gender reassignment, and just by partaking in that interview, he made thousands, possibly millions, of people around the world feel less uncomfortable about themselves. He sparked a worldwide conversation about something very few of us understand and know very little about.

For a demographic that is plagued by high rates of suicide, unemployment, homelessness, discrimination, and homicide, having a high profile representative has high potential to turn the tide, and that would certainly be a welcome development. Now this may or may not have been his intention, and that is certainly up for debate, but at the end of the day, the outcome is what is truly important. In what has been called “America’s latest civil rights frontier” by Time magazine, Bruce Jenner now finds himself a new, and unprecedented, trailblazer of the transgender movement.

As part of my final thoughts, I am not oblivious to the fact that the vast majority struggle to understand the very concept of being transgender. But in gaining understanding myself, I am reminded by the Bible verses quoted in the interview itself from 1 Corinthians 13:13:  “And now these three remain: faith, hope and love. But the greatest of these is love”. You don’t have to relate to, or even understand the concept of being transgender, but the very least you can do as a decent human being is to show love.

NOTE: Due to the fact that Bruce Jenner has not stated a preference for male or female pronouns, this article uses male pronouns.

Ink Eze: The Nigerian Men we are Raising

Oba Banwo is a Nigerian living in Canada. While he does not claim to be a writer, he finds writing as the best way to express his feelings on Nigeria, and life in Canada.