S. Y. Olawoye: Much Ado About Tribalism & Other Forms of Marginalization 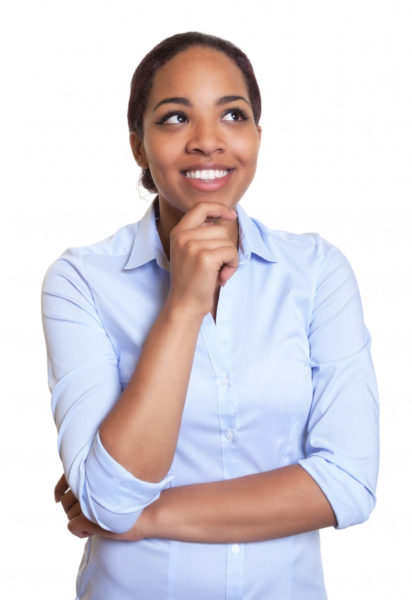 The issue of tribalism or different types of social divisions is not foreign to Nigerians, let alone other people in the world. This division has existed long before the civil war. How else do you think the British were able to colonize us? Divide and Rule! They saw the cultural division and took advantage of it. Before anyone brings the argument that the British made the country lines for their own benefits, ask yourself: what have we done with the lines they gave us?

What one does with one’s history is what determines the future direction. I agree with George Santayana when he said, “those who cannot remember the past are condemned to repeating it”; but one important thing to note is that he never said, “Dwell on the past, else you will repeat it”. It is one thing to remind us of our history (thank you Adichie and Achebe), but it is another to provide a way forward for Nigerians.

I remember when I had to defend my undergraduate degree thesis on colonialism in Nigeria, one of the committee members asked me a strange question. He said, “As a Yoruba girl, why have you narrowed your research to the works of Chinua Achebe and the Ibo culture?” After getting over my initial surprise, I explained how fascinated I have been about the culture, how easy and relatable I found Achebe’s writing and how much understanding of colonialism, Arrow of God and Things Fall Apart provided – albeit from Achebe’s point of view.

However, I had questions I could not ask (who born you well to question your committee when your grades are on the line. If they ask, “any question”, just smile, nod and say “no, thank you”). Examples of the questions I wanted to ask then are, “why would a federal university in Nigeria bring up tribal differences in an academic work?” and “what does my tribe have to do with my interest in national issues?”

The issue of tribal (religious and other types too) division is one that has cost Nigeria as a country a lot over the years. On a personal level, I will raise a few damaging effects of tribalism that we need to ponder on.

Think about how many relationships – romantic, work, platonic etc – have been destroyed or did not start because of tribal differences.

Think about the people who do not go into business partnerships or employ someone because they are from another tribe and have ended up with incompetence in the name of ‘he is my brother’.

Think about the many happy romantic relationships that have ended because of tribalism. Last time I checked historical wars were settled and sealed with inter-marriages.

Think about the unnecessary suffering we put ourselves through. I knew someone who had a big house in his village that he rarely visited or only visited once a year for a week yet slept in his chemist’s shop in Lagos (all tribes are guilty of this, so no finger pointing needed). Many more personal level examples exist.
However, on a national level, tribalism has been a major set back for the development of Nigeria. Without listing names or examples, think about the terrible infrastructural systems that exist because the wrong “brother” or “sister” was given the job. Think about the public officials we have voted into power (federal and state level) just because they come from “our place” not because they are capable. In fact, I still strongly believe that we lost Bakassi to Cameroon because of our division (yes, this is debatable). Even Boko Haram would not have been this successful if we had presented a unified force not one of “that is how they do in their place” or “as long as it does not come to MY place, they can keep killing THEMselves”. This attitude only ends up putting us down.

I look forward to the days when we as Nigerians will start to see ourselves as the fallible humans that we are, not according to our tribes, religions or where our ancestors were from. The civil war is not to blame for our problems, our problems started long before the civil war. It was made possible because after the amalgamation of the north and south, all parties were too stubborn to accept the new status quo and find a common ground for unity. The problem with the societal divisions is that it leads to a situation where we only end up hurting ourselves. In times of war, ALL parties suffer casualties so NO ONE wins. We should encourage a nationwide system of acceptance where everyone feels safe everywhere within the lines that make us a country.
When we step out of the country, we do not introduce ourselves as Ibo, Yoruba, Hausa, Ijaw, Fulani etc, but as NIGERIANS. As a way forward, we can start by eliminating the little tribal and other forms of societal slurs that we use to describe people who “are not from OUR places”. We can also start to think of the people we meet and know as humans not as their societal divisions. Nigeria is OUR place and it is up to us to develop her not just the government. The government is a reflection of who we are and what we accept as the norm is what we receive from the government. We all need each other to develop. Nigeria is a body and no part is more important than the other. As one of the jingles from the ‘90s said “make we work, for better Naija.”

Tosin Akingboye: How to Keep a Woman

S. Y. Olawoye is a professional student and an occasional writer. She is a strong believer in personal spaces and keeping one's judgments to one's self if one isn't God or a paid judge. She also believes in the notion of live-and-let-live, yet understands that in life, Newton's third law remains true - "For every action, there is an equal and opposite reaction