Esco: Suffering & Smiling - Everything Is Going to Be Alright 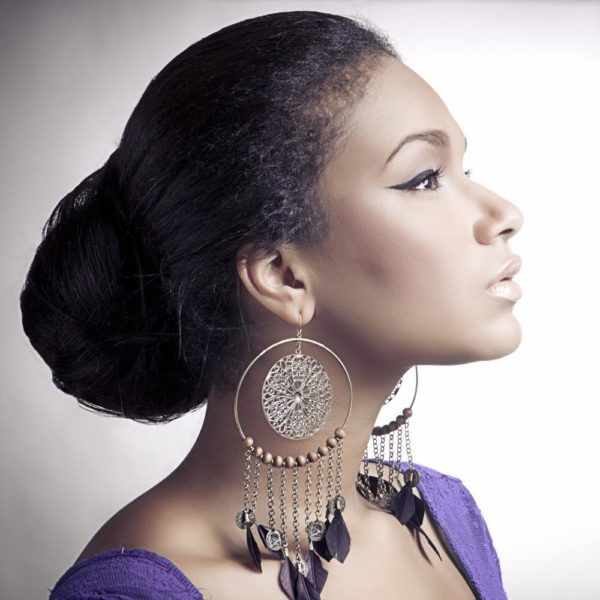 I was 13 when my family fell upon hard times. My old man had invested his fortunes in a string of ventures which ended up hemorrhaging funds – akin to fetching water with a raffia basket.
The change in our family lifestyle started with the disappearance of certain perks we used to take for granted.
Holidays disappeared from our calendar. Christmas visits to the village stopped too. We had watery beans on Christmas day one year. My father was a nervous wreck, and had an irritable temper whenever it was time to pay school fees.
My baby sister, Kpomkwem, oblivious to our predicament, asked my Pops as he sat on the bedroom floor sorting through piles of bills and financial statements in the red. “Papa, when are we travelling for vacation. I want to go to see London Bridge”
Papa should have replied: “The year, 2000-and-never; besides have you finished helping to pick the beans in the kictchen?” but being the wonderful father that he was, he reassured her saying “Very soon, Kpom-Kpom, very soon…”
Very soon never came.
Now that I am older, I realize that what people classify as hardship is all relative. Your present lucrative lifestyle of champagne, luxury whips and a mega crib in Lekki Phase One, which you celebrate as having arrived, might be the worst nightmare of an Adenuga, Dangote or Warren Buffet. At that point in time, compared to the way of life I had been used to, the changes forced upon my family, at 12, constituted economic sabotage.
You know how many people have a minted Uncle, who helps, pays school fees and gives them pocket money if their own folks cannot afford to? I never had one of those Uncles. My father was that Uncle, as he was the first and only one to escape the cycle of poverty my extended family had labored under for generations. I had palm-wine tappers and rural farmers for uncles/aunts, and the only freebie I ever enjoyed from them was a sack of boiled groundnuts, during their frequent visits to harangue my pops for money. My father was the support system for not only me, my mum, my siblings but also a whole multitude of relatives, hangers-on, in-laws, leeches. So when he crashed, the food chain burned – until they found a new mugu. Adebayor, I feel your pain bro.

Then one year there was a majestic drop in the family fortunes, as steep as the sides of Olumo Rock. My father called a family meeting in his room, during which he read the riot act. Mum stood in the corner of the room sobbing, while my eldest sister took notes as the designated family secretary. Kpomkwem stood there, chewing the comb off a chicken head, with snot running down her nose.
“Going forward, there are going to be major changes to how we use resources in this house. Nobody should cook more than two cups of rice per mealtime. Mama Esco will monitor the quantity with a measuring cup. Do not use sugar for anything other than akamu. Do not use sugar to drink garri. In fact, no-one should drink garri at all, as it should only be utilized for eba. In fact, we are no longer buying sugar in this house – the Federal Ministry of Health warns that sugar causes diabetes and other health problems.” What about honey?
My old man was not finished: “No more big name brands for groceries. Dano, Nido, Pronto, Ovaltine are now non-grata in this family. All allowances have been discontinued. Elder siblings hand the younger ones your old clothes. Youngsters, if you outgrow your trousers, cut them into shorts.” Esco was a younger one. Sigh. I need new baffs na.

We kids, looked fearfully at each other, as we pondered about this new economic order, just like some politicians are dreading Buhari’s reign. My mum was still sobbing into her handkerchief, like Mama Peace.
My dad adjusted his wrapper knot, and twisted his chewing stick, as he changed gear to a higher speed.
“Two slices of bread per person only. No more margarine, except Sunday morning breakfast before church. Moi moi is now a vanity project as it wastes beans. Try not to invite your friends over if you know they have longa throat…”

Things really got worse. We had sustained periods where NEPA disconnected us for owing. I frequently had to do the 0-1-0 involuntary diet plan because there was just enough money for one meal. Our home fell into a state of disrepair, with ceilings leaking water when someone had a bath. I became a video technician, because I couldn’t let my VCR die on me. I and siblings became like crabs in the bucket, competing for food, benefits and comfort.

Pressure builds character. Hardship is life’s greatest onye-nkuzi. People handle strife in different ways. Some of my siblings struggled to adjust, while a few took to the change like a cattle egret to rubbish dumps.

My first sister, who used to be a fashionista discovered how to get bargains from bend-down clothing at Yaba Market and still look sharp. I learnt how to eat, be dissatisfied, but resist an Oliver Twist bang on the head from asking for seconds. I found ways to make the darkness from a NEPA outage my friend, by reaching deep into my thoughts to cool and entertain myself as I lay there in the blackness of still night with the intense heat. I learnt how to jump Danfos/Molues from one end of Lagos to another, with the dexterity of a California surfer. I rode the iron horse (okada) like the Biker Mice from Mars and became a connoisseur of street food. I nearly learnt the art of not paying the bus conductor, but the fear of lynching overcame me. Learnt how to be a have-not, and not be envious of those who had bastard money. How to feel dignified in lack, and not to cower in insecurity. Suffering and smiling is a delicate art.

I also became a mathematician, as I learnt to subtract fake fair weather friends (air-conditioned love) from those with unconditional love. And divide my resources so that it stretched like a catapult.

An ex-schoolmate’s Pops went bankrupt in the mid-90s, when N55m deposit got swallowed up in a failed bank. They moved from their house in VI Extension to a 2 bedroom flat in Aguda. His children changed schools from St Savior’s Ikoyi to a Jakande school somewhere around there. I visited my friend once after his brother had survived a mishap, almost falling into the neighbourhood well, when trying to retrieve a ‘fami’ (you know those black rubber pouches used to haul water from a well?). They were feeling sorry for themselves because they went from oil wells to water wells. Their dad used to fly first class, now he was flying Chisco night bus on the weekly. He never recovered his fortune, suffering a massive stroke from worry a few years later. Very few of their old friends from VI came to see him.

In Nigeria, success has many friends, but poverty and struggle are orphans and outcasts. Our country does not operate a safety net system or a welfare initiative like certain western nations. So everyone, no matter how well off presently, is just one miscalculation away from poverty. There’s no middle ground, a shrinking middle class, and no parachute support from government to save one from middling penury in your time of need.

The first pain of a child is seeing struggle etched on the face of its father. However, everything I went through back then made me resilient, defiant and humble. I have endured two major tough periods in my short life. The first prepared me for the second. The first was as described above, and then the other was in my adult years – a 3 year funk, during which nothing seemed to work for me professionally or personally. I appeared to have a huge monkey on my back, the size of a Bagco Supersack. My blog was born in that period of difficulty.

If you are going through a tough time right now, believe that it is only for a moment. I hope I can encourage you somehow:
Keep on Keeping On
When you are struggling, it seems easier to go into hiding. Nah, put yourself out there; stay striving and keep networking. Keep your head up, like a plantain seller balancing a tray. Distribute your resume, share your business proposal and continue shoving your business cards into people’s hands. It will bear fruit, as all seeds do -except for an Agbalumo seed ravaged by a local champion.

Resist Acts of Desperation
It is imperative that you get your mentality right, because there is no force more unclean than an act done in desperation. Life owes you nothing; you have to work hard for your success. Shun bad influences like an ill wind that blows 2nd hand smoke. I remember a philosophical gem scribbled on a bus: The downfall of a man is not the end of his life. You will soon rise again, like the rate of the Dollar against the Naira

Lord willing, you will be up and running in no time. One Love.

Some get a little and some get none/
Some catch a bad one, and some leave the job half done/
I was one who never had and always mad

Emeka Obia: Why Nigeria Needs a Fuel of Change