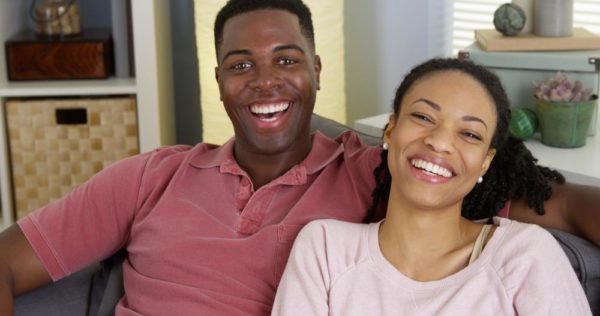 Mr Right. Your one true love. Soul mate. Life partner. Prince Charming. Dream man. The one you lie in bed at night and imagine all he could do to you. The one you take to the Lord in prayer! Yes Mr Right! The one stopping you from seeing road. The one not allowing you see anyone around you as a suitable match. The one – your number one problem. The one – the one reason you might still be single.
All the single ladies before you put your hands up, be sure you are really single and not dating one of these Mr Rights standing in the way of that ring on it.

The Mr Right in Your HeadIt’s
Although I rarely did this while I was single and unmarried, I attended a singles seminar and out of nowhere the words of the speaker, Ben Osiagheme hit me like a bolt of thunder “Divorce the idol in your heart and your man will appear“. I sat up quickly because even though I had never thought I was worshipping an idol and certainly didn’t have a “God give me a husband” shrine I daily prayed at, I felt convicted by that statement. Didn’t I have a way he would look, be and act that I constantly rehearsed in my head? Didn’t I have a fantasy, a list, a type, an expectation that I was dating in my head all the time? Didn’t I look out for that idealised version of what I imagined my perfect man should be? Didn’t I compare the guys I met with the guy in my head all the time? If you can answer yes to any of these, then you might be expecting to date someone you have created in your head and you need to break up with that idea of a man real fast!

The Mr Right on TV and in Books/Magazines
This one plagues not only the single but also the married. I once heard a married woman talk about her growing fantasy with a TV star. The more she watched his movies the less attractive her husband seemed to her and without realising it she had started comparing her husband with this television character a bunch of writers somewhere had made up. It took banning herself from the TV program to restore the balance in her home. If we believe in the TV portrayals of eligible men and satisfying relationships we then become less accepting of the realities out there and only look for partners and relationships that mirror the fantasies we see on TV.

The Mr Right You Think is Right For You
Have you ever thought you wanted something, then got it and realised you didn’t like it at all? It’s forgivable if we don’t know what we actually want sometimes because it takes discovering ourselves to know what we need from others. You might want an MD/CEO because he makes his own money right? His work spells money/comfort and you want that but then come to find out that this self-made type is also uptight, bossy and doesn’t have time to spend with you and all of a sudden you realise that is not what you need. Statements that claim women don’t know what they want might be half true only because all of us don’t always know what we want and sometimes it takes trying this and that to realise what works.

The Mr Right with Good Looks
The one that has all the physical attributes you like in a guy.  I don’t have one thing against fine men but if every man that you can date must be fair, curly haired, bearded, or have a certain standard of beauty to be acceptable then you are limiting your options. Looks are deceiving and it’s a choice not to be deceived because the reality is even the Mami water beautiful and Amazon king endowed are carrying their share of baggage. Guys, just know that with their hips, lips and finger tips, they also come bearing their share of bothersome faults so when next you see one imagine their weaknesses trailing behind them too! Whether your prospect is eye candy or not, date with your eyes closed and your heart open. For looks many have left the 80% they need for the 20% they want.

It might not even be Mr Good Looks that you have your eyes set on; it might be Mr Pastor, Mr Same Tribe, Mr Designer Clothes, Mr Lives Abroad or anyone of the imaginary future husbands you’ve been dreaming up. Could that particular attribute he must have, be the one thing blocking you from being the Mrs? It’s time to reflect and review if that attribute is a real must have.

The Mr Right Who will Wake up and Leave Her
Let’s excuse all the pain it will cause another human being if your wish came through and just blame this on wishful thinking after all, a girl can dream right? But any guy who isn’t presently with you is Mr. Unavailable. He might have your time, he might be on your case, he might even be within reach. He might be all that but what he isn’t is Mr. Right.

The Mr Right Who Doesn’t Offend you, Act out of Character or say “No” to You
We want flawless, frictionless, easy relationships or none at all. He is late for a date and that’s the end? This mentality leaves no accommodation for real guys living in the real world. Mr Right has teeth that bite behind his smile, he won’t always give you butterflies and sometimes the relationship will slow to a boring ebb before building again into a wave of euphoria. This is why we get guys who pretend to be who they are not, because they can see we want Mr Perfect or nothing! A real guy sometimes smells in his pits, slips in his speech, and faults in his deeds! Be realistic about what constitutes a NO-NO.

The Mr Right That Got Away
You’ve met him but by some cruel twist of fate you lost him! He is even married now but you can’t stop loving him, can’t stop comparing every suitor to him. He set a standard no one else can beat abi? Well at least you know why you haven’t “met anyone”! Or maybe he passed and you still feel strongly attached to him by memory. If you tell yourself the truth you’ll see he had flaws and you have simply exaggerated the good parts of that relationship and covered your eyes to the bad. There is someone out there who can love you the way you need to be loved if you set that as the goal; but if the goal is for that person to be your ex, everyone you meet will fall short because hello, they are not him and thank goodness too – because he left you, but they are right here right now.

The Mr Right That Meets Up to Your Standards
Sometimes we think of ourselves more highly than we should, comparing other people’s flaws with our gloss. That feeling of being such a big catch that any man will be lucky to find, makes us focus on potential mate’s flaws and expect too much. We should be realistic. Not all the things you don’t like have to be deal breakers. He may not dress the way you like but maybe he knows how to cheer you out of a bad mood. That’s gold! He does not live in a good part of town today but is it because he wants to cut his coat according to his cloth. He is skimping today while working on owning his own place? That’s wise! It depends on what you decide to see. Standards are all well and good but when you catch yourself being turned off because he doesn’t sound exciting in the mornings, well he might not be a morning person and what’s wrong with that?

The Mr Right From Your 20s
Now you are in a different age range. Your deal breakers should be reviewed because you are not the same girl you were when you first set them. Your shakara should reduce and those games you play with interested guys thrown out the window – you ain’t gat time for that! Your priorities should change from whirlwind romance to settling down and having a family. He doesn’t make a romantic date but he could be a great dad. So he doesn’t spend with abandon on you but is paying a mortgage to secure your future together. Don’t walk away from what you might consider unexciting now but stable and happy later.

The Mr Right you see as “just friends”
I bet he could be a lot more if you gave him a chance. He won’t always be there so if you like him, try him or be that lady who keeps a guy around her with just enough attention to keep him guessing then wakes up to the reality that this doting guy she friend zoned could be attractive to and attracted to another girl.