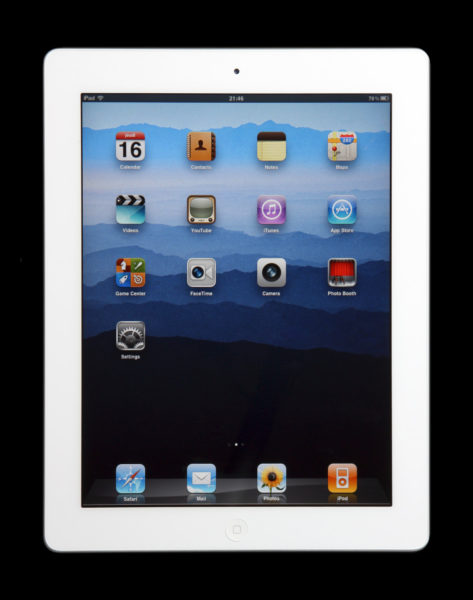 Karamat Eleha, a 29-year-old trader who resides in Lagos Island, is accusing four policemen from the Special Anti-Robbery Squad, Lagos State Command, of stripping her naked and torturing her for hours after accusing her of stealing an iPad.

After the torture, it was discovered that Eleha actually hadn’t stolen the iPad. The actual culprit was subsequently arrested. 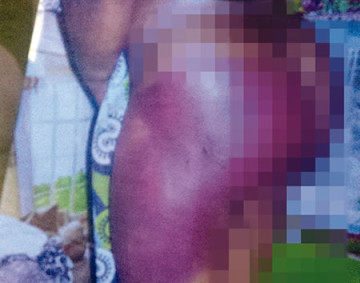 Here is a summary of the story, as reported by Punch:

The device was said to be the property of a woman in the Ajah area of the state, who was robbed in May, 2015.

The policemen, led by one Abiola (aka Abbey), had, while searching for the iPad, reportedly stormed a two-storey building in Idumagbo, Lagos Island, where Eleha lives with her mother. It was learnt that she was not at home when the search commenced.

PUNCH Metro learnt that the team searched residents’ apartments, but did not find the item.

As their mission continued, Eleha, who was said to have gone for the fellowship in the neighbourhood, arrived home and was asked about the iPad.

Eleha said, “Around 10.20pm on May 14, I just returned home from a fellowship when the policemen asked me about a missing iPad and I told them I knew nothing about it. They checked my bag, but nothing was found there.”

According to Eleha, the cops insisted that they were getting signals from a tracker, adding that the device was within the compound.

ur correspondent gathered that when the cops insisted on checking an office in the same compound where Eleha’s house is located, the cops could not gain entry because the door was locked.

On getting back, they said their tracker showed that the iPad was around the streets I passed through to the pastor’s house,” she said.

PUNCH Metro learnt that the officials subsequently whisked away the 29-year-old woman to the command headquarters, where she was reportedly stripped naked and tortured.

She said, “They took me to a room which they called ‘theatre’. They stripped me naked and tortured me for hours. When the pain became unbearable, it occurred to me that I saw a neighbour, Mr. Goriola (Baba Ibeji), giving an iPad to his wife while I was going out in the morning on the fateful day. I told them and they went to arrest the wife that same night. The following day, Baba Ibeji was arrested.

“When they realised that I was bleeding, they took me to a nurse, who charged them N3,000. They later gave the nurse N1,000 to treat me.”

Our correspondent learnt that Eleha was released two days later on May 16 after a resident sent a text message to the Commissioner of Police, Kayode Aderanti.

An iPad was stolen and was traced to her compound. It was observed that the iPad was on the streets she (Eleha) passed through and she was invited to the station. There was no issue of torture. I don’t know what torture she is talking about,” Nwosu said.