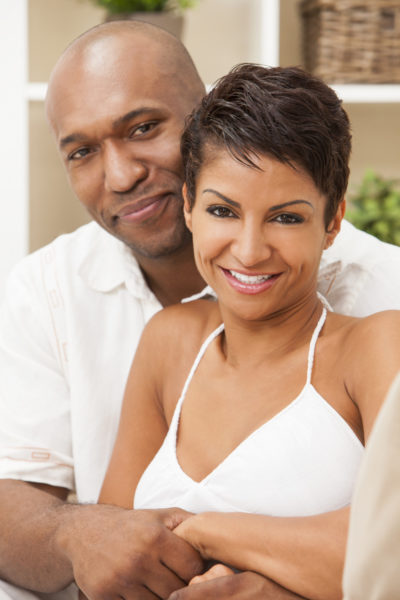 I have just turned 25, and for everyone familiar with Nigerians, you know that this is the age everyone begins to talk to you about marriage. You attend a party, it is marriage, you go to church, it is marriage, you sneeze sef, marriage must somehow enter the equation (OK, maybe I exaggerated a little… but you get my drift). See, it doesn’t also help that my mother talks about marriage every now and then… ‘You need to act so and so way, because when you get married’… She would often say. Anyway, I get it… they all mean well.

I, on the other hand, consider marriage as a pretty big deal (or maybe it’s my perfectionist side that is finding a way to surface) – because God forbid ‘divorce enters our generation’ according to my mother. I keep wondering why my mother repeats those words with great intensity, but somehow, these same words have found a way to penetrate into my subconscious.
These days I have been asking myself some important questions too, gathering some knowledge, and toying with the fire of my own truth. This is the time I get to define who I am, what I stand for, the deal breakers, conflict resolution techniques, and oh… the most prominent one ‘infidelity’. (You guys know that infidelity is that one conversation that will never go out of style, right???)

If you follow my Instagram page, you would have seen some excerpts from Paul Coelho’s new book ‘Adultery’. This book I must say held my attention longer than his previous book, The Alchemist. This is probably because he addressed infidelity in this one.
‘Adultery’ dissected infidelity from a woman’s perspective and it is refreshing to see, because we really don’t discuss infidelity in women. The widespread assumption is that‘women are loyal’ which is true to a certain extent. However, the kind of demon that drives people to infidelity is something that is no respecter of gender oh! I think that the urge to cheat in both sexes is about the same but from time immemorial, women have been socially conditioned to be loyal because there is too much at stake for them, which suppresses their desire to be unfaithful.

Last year, a friend gave me a book called ‘the 5 love languages’ and according to this book the most we get is two years of ‘passion’ a.k.a ‘limerence’ and after that, love becomes ‘hard work’. It becomes much more intentional and more about fulfilling ‘marital obligations’ which was also reinforced in the book ‘Adultery’. Nobody really teaches us how to stay lovingly married for 20, 30 or 50 years. Nobody talks about how they survived it when their relationships became bland, and monotonous. Nobody talks about what they did when they felt empty and craved something different in their marriage. There’s a side of me that struggles to understand why ‘most’ men cheat till I watched a TED talk recently called ‘rethinking infidelity’ and behold, the speaker who is a therapist affirmed that even happy couples cheat 😮 (Very serious something!). The same was the case of ‘Adultery’. Linda is a woman who had a ‘good man’ who loves her, a decent job, beautiful kids, and everything else you could ask for in life… Yet, she was empty, lonely and craved adventure and novelty. In these situations, the devil is always a liar!!! That was how an ex-boyfriend from high school showed up in her life which created the perfect atmosphere for disaster. Surprisingly, it worked! The ‘supposed’ passion she claimed was missing from her marriage suddenly reappeared like magic. Talk about illusions of the mind! I think it’s nothing more than the adrenaline rush from risk-taking behavior.

Reading this will make anyone pray fervently about the ‘lost-loves’ in their lives. God forbid any of mine shows up in my future because it is very easy to be a scapegoat for the devil *covers self with blood of Jesus three times* . You and I know that there is tolerance for male adultery in the society but God forbid it is from a woman. You will regret the day you were born because it comes with great shame and hostility.However, I do believe we should be having these conversations as ‘silence’ does not necessarily indicate its ‘absence’. For example, I tried having a conversation with my mum about female adultery. She quickly chipped in, ‘You did not inherit such genes, because my mother did not do it, and I also, did not do it’. I guess I would be telling my daughter these same words too 🙁

A part of adultery I found quite profound says ‘Finally, the time comes to resign ourselves to monotony. The husband spends hours away from home, wrapped up in work, and the wife dedicates more time than necessary to taking care of the children. We are at this stage, and I am willing to do anything to change it. Love alone is not enough. I need to fall in love with my husband. Love isn’t a feeling; it’s an art, it takes not only inspiration, but also a lot of work’. Reading this shattered my illusions and had my brain back at ‘Re-set’.

What is it about human beings that makes us loathe ‘ordinary life’? Why do we like to seek the unattainable? Why do hide when things get hard instead of fixing it? Why do people think the grass on the other side is greener? Of course we all like cute stories and the lovey dovey stuff… but really, marriage is something you cannot touch with half of your heart. You either go hard or go home!

What is the point of this write up you may ask? I am curious… so I put it out here to the married ones, how does your marriage thrive beyond the shelf life of passion?

IVF! Kim Kardashian West reveals the story behind Pregnancy No 2

Less than a week after his wedding, Osi Umenyiora has Sued Alleged Mistress with Fake Screen Shots on Instagram!