Nicole the Fertile Chick: What I Have Given Up To Have a Baby 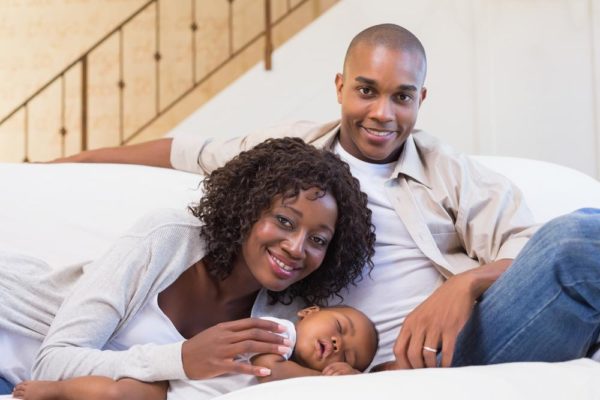 On this TTC journey, a lot of us have found ourselves giving up quite a lot, whether deliberately or inadvertently. And I don’t mean the obvious things like smoking and drinking (if you are trying to conceive, and are still chain smoking and drinking till you drop, then you are on a very very long thing!). No, I mean things that ordinarily should raise no eyebrows, but which we have found ourselves giving up, with the belief that doing so will help our TTC efforts. Some of which are rationale, and some of which are…well, not so much.

For me, I had to give up sugar! Well, not in its entirety. You see, I was born with a very bad sweet tooth. I was one of those kids who would lick sugar cubes as a snack. And this continued well into my teenage years, and even adult life. No, I wasn’t licking sugar cubes as an adult, but I was still that person who would finish off the frosting from my cake slice, as well as those around me. I was the one who would have 5 heaped tablespoons of sugar added to my beverage of choice. When I was in my early 20s, I remember being cautioned by my Dad, about how my sugar addiction would come back to haunt me later, and I remember giving him the side eye, and wondering what he was on about. For me, the only risk I ran was diabetes, and I (foolishly) thought that since none of my relatives was diabetic, I was not at risk. By the time I got married, and I got introduced to Madam PCOS, I realized that I had been dining with the devil for over 30 years. Today, I exercise a lot more restraint, and no longer go heavy on the sugar (well…I do still eat all my cake frosting, but I think I’m allowed some indulgence now and then, no?). Even now that I am no longer actively TTC, I have realized that it is in my best interest to keep my sugar addiction at bay, to ensure a healthy lifestyle overall.

I recently asked a few of my former TTC friends what they gave up when they were TTC. Some of the more usual answers included giving up coffee and unhealthy food. These I could very well understand, considering the detrimental effect of caffeine and weight gain on fertility. My friend Ada* thought she could not survive without starting her day with several cups of coffee, and was shocked at the speed with which she readily gave it up after reading an article about how excess caffeine could stunt the maturation of eggs, or increase the chances of miscarriage. However, some of the other answers I got surprised me.

“My job” was what Subomi* told me. She told me that she just could not bring herself to focus at work. Theirs was a case of unexplained infertility, as there was nothing physiologically wrong with neither herself nor her husband. But that just made her anxiety kick into overdrive. She said she was on the Internet 24/7. From the minute she got to the office, to the minute it was time to go home, she prowled the Internet, looking for answers. And when she was not consulting Dr. Google, she and her husband were in and out of hospitals, undergoing various investigative tests. The penny dropped for her when, at a Monday morning meeting, she knew absolutely nothing about the projects she was supposedly in charge of, and it was her subordinates who were fielding questions from senior management. She realized then that she had to make a choice. She knew that she would remain borderline obsessive about TTC until they got their baby, and was not prepared to give up this quest. And so she quit her job. I was totally speechless. I could empathise, as I too had been obsessive when I was TTC, and less that a stellar employee. But quitting my job would never have been a consideration for me. Thankfully, Subomi now has 2 gorgeous children, along with a thriving retail business.

“I gave up caustic friends and family oh!”, was the answer of yet another one, whom I’ll call Ijeoma*. According to her, she was surrounded by over competitive friends who, rather than empathize with her situation, chose to always boast about how good things were for them (easy pregnancies, perfect children, etc.), and only offered patronizing platitudes whenever she tried to confide in them. One day, she realized that being around these people only made her feel worse about her condition, so she chose to cut them off, for her piece of mind. I could totally understand, but how far with family? According to her, her husband’s relatives were too fetish for her taste. She believed her infertility was as a result of their mischief, and chose to stay well away from them. This was met with a raised eyebrow from me. Not that I don’t believe that evil forces abound, they probably do. But I believe in a Higher Power much more. My theory is that my God will always be bigger than any evil…but that’s an entirely different discussion. Ijeoma is still trying to conceive, and has remained unmoved by all my pleas to resume contact with her husband’s family. To each his own, I guess.

But Lola’s* answer was the one that really broke my heart. “My whole life!”, was what she told me. She said her every waking day was spent obsessing about how to get pregnant, and if she was already pregnant. She told me that before her TTC journey began, she was that person who was always high on life. She enjoyed her early morning run, loved the fast pace of her marketing job, never missed her after work gym or swimming sessions, and loved nothing more than being able to check out new restaurants and bars with her husband and friends. And then she started TTC, and all that changed. Suddenly, she was too scared to go running, or even to the gym. She switched departments at work, as she believed being out on the road all day, was affecting her chances. And as for socializing with friends, that became a thing of the past, as all she could think about was how the unfamiliar food, potential pushes and shoves from strangers, inhaling cigarette smoke, and not to mention the late nights, would affect her eggs from getting fertilized, or would prevent an embryo from implanting. That, and the fact that she had become such a dull shadow of her former self, that her friends were not even keen to hang out with her anyway. Slowly but surely, her life screeched to a halt. It wasn’t until her husband and best friend staged an intervention that she was able to see what she was doing to herself. In her obsessive quest to create a life, she was destroying her own. Luckily, it wasn’t too late to undo the damage. She was able to return to her beloved marketing role, and she resumed her previous fitness routine. Soon, she was back to being the happy, effervescent person everyone knew and loved. She too is still trying to conceive, but she says she is in a much better place now.

For all the ladies on the TTC journey, apart from the things that have been established to affect TTC efforts, it is best not to stray too far from what is normal for you. Sometimes, giving up things close to our hearts, and creating an entirely new routine, can add more stress than is necessary. It is best not to allow one’s self get subsumed by the TTC craziness, and to still have enough of yourself to preserve your sanity. It is easier said than done, I know, but it is ultimately the best option.

Good luck…and baby dust to all!

Would you like to Own a Home in Lagos with just N250?