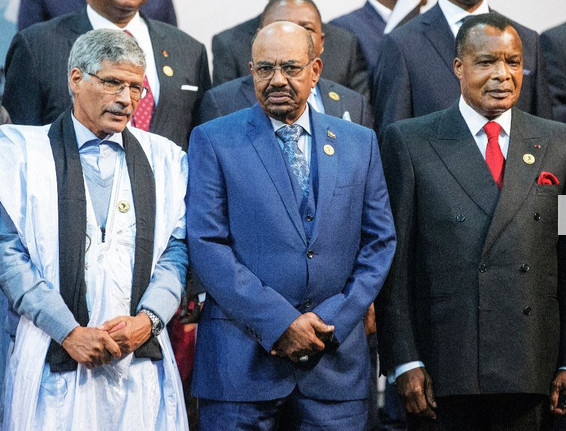 Sudanese President, Omar al-Bashir, left South Africa on Monday, undermining the decision of a court barring him from leaving South Africa in connection with his indictment by the International Criminal Court (ICC).
A source said in Johannesburg that a plane carrying President al-Bashir, took off from the Waterkloof Airforce base outside Pretoria, with the al-Bashir.

The source said on condition of anonymity, that al-Bashir’s aircraft, must have been flown from Oliver Tambo International Airport to Waterkloof, on Sunday night to facilitate his escape.

Meanwhile, William Mokhari, South African government lawyer, told the North Gauteng High Court that it was not clear if al-Bashir’s name was on the list of officials who boarded a plane to Sudan.

However, a Sudanese government official, said on condition of anonymity, that al-Bashir was expected back in Sudan on Monday afternoon.

The Sudanese President’s arrival in South Africa for the 25th African Union (AU) Summit sparked an outcry and forced Pretoria to defend its controversial guest.

The South African Litigation Centre’s (SALC), said it had sought a court injunction to order the government to arrest Sudanese President al-Bashir and transfer him to the ICC.

It said this was for him to face the indictment, on war crimes and crimes against humanity, charges over the long-drawn internecine war in Sudan’s Darfur region.

SALC said the UN Secretary-General Ban Ki-moon, has said the warrant for al-Bashir’s arrest must be implemented by countries who have signed up to the Hague court’s statutes.

It said as a result of this South Africa, as a signatory of the Rome Statute establishing the court, was bound to arrest the Sudanese leader.

SALC insisted that the court’s warrant for the arrest of President al-Bashir on charges of crimes against humanity and war crimes was a matter that should be treated seriously.