Ife Odedere: For Amina - A Call to Save a Life 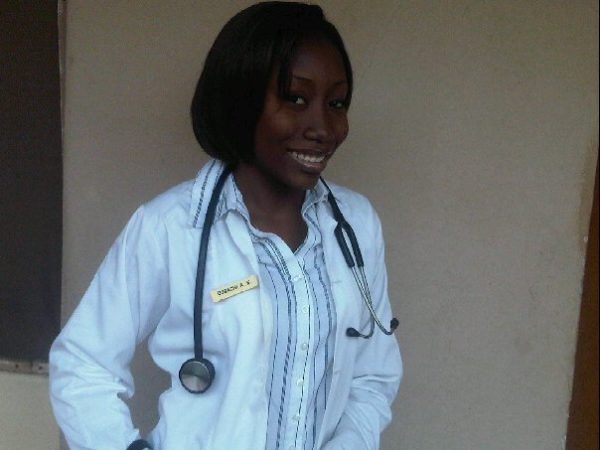 I can’t say I know Dr. Amina Sobodu very well and I can’t say I don’t know her at all. We were classmates at the College of Medicine and for most part, she was very quiet. Every now and then, we said Hi to each other and got to talk about a few things. She was the quiet, easy-going type. You wouldn’t find her in the trouble spots.

Internship separated us, as is always the case. Sometime last year I ran into her on my way to Church. She was now married. I said hello to her and her husband and continued my journey. She looked as elegant as she always looked. So you can imagine my surprise when I saw a BBM Broadcast saying that she needed an urgent kidney transplant. I clicked the link just to be sure and there she was, her profile picture staring at me. I didn’t know when ‘Oh no!’ slipped out of my lips. Up till that point, I never knew she had Sickle Cell Disease. We had been in the same compound for about six years and had spoken a lot of times but there was no clue that she was going through so much. It shows the kind of person she is. A person of immense inner and outer strength despite the condition she was in. I can’t remember seeing her downcast.

Going through medical school was tough in itself and was enough to make many people re-contemplate life. Yet, here was a lady who braved the odds and despite her health condition, realized her dream of being a dentist, bringing smiles to hundreds of people. And oh, I forgot to mention: if medical school was hell then dental school was its headquarters.

It is saddening that after staying strong for 26 years, Amina now needs a new kidney to live a normal life. Tosin, a colleague, who started the awareness campaign said so far about 2 million out of the 5 million required had been raised. {Click here if you missed it on BellaNaija}. Judging by the responses on the post compared to those of other columns posted that day, it is apparent that the intended response may not have been achieved.

One reason many people don’t donate for causes as this is because they think their donation won’t make an impact. How much is N1000 when we’re talking of N5 million? But the reverse is true. Every N1000 counts! The N1.8 million raised so far was donated by people who dropped $5 (N1000) here and $10 (N2000) there. Truly no amount is too small. Every money donated counts. Imagine if 1000 people donated N1000 each, then we’ll have N1 million already.

Am I saying all this because I know her? Maybe.

When I asked how she was doing, she said she was much better than when she was admitted to the Lagos State University Teaching Hospital (LASUTH), which coincidentally is where she is doing her internship. But the truth is she still needs a new kidney and fast.

I have no more to write. If words were money, maybe I’ll just keep writing but the reality is it is not. So I will just hope that somehow, some way, we will be able to help Amina raise these funds.

To donate, use any of the following channels:

She has dedicated her life to putting smiles on people’s faces. Let’s hope we can do the same for her.

Ewon Adenomon: How to Get Your Mojo Back!

Omonike Odi: 6 Answers to Those Gnawing Accusations of Guilt