Omonike Odi: 6 Answers to Those Gnawing Accusations of Guilt 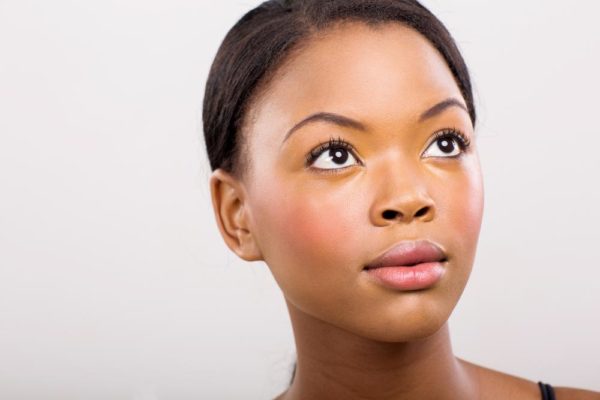 Ever have that sinking feeling that you are in the wrong, and should feel shame for some justified (and sometimes unjustified) reason? Well, next time you have that feeling, answer your guilt with one of these responses:

“I am not perfect”
Be kind to yourself. You will not always be right, will not always respond well to provocation and may even react badly under certain situations so don’t be hard on yourself or overly self conscious if you disappoint yourself or anyone by your behaviour sometimes. Hopefully, they remember that they have faults too, and that the particular situation wasn’t all of your own making.

Sometimes you need to tell yourself: “It doesn’t matter if someone thinks I didn’t do a good job  or didn’t say the right thing because I don’t always do a good job or get it right each time”.

“It is not a life and death, heaven or hell situation”
You shouldn’t feel guilty about little things, which in the grand scheme of things can be overlooked – like being late for an event or not agreeing with what someone wants you to do. If the situation is not a matter or life or death and is not a sin, then maybe you ought to relax.

“It can be forgiven and forgotten”
You deserve forgiveness. If you can make mistakes, you can be forgiven. You don’t deserve the accusing stares, the incidents where your mistakes are used as a weapon or reference point. Expect forgiveness and defend your right to it when freedom is withheld. Permit yourself to live as though the offence is in the past- because it is.

“Am I guilty of something or being controlled and manipulated?”
People use anger to control, and someone might overreact to a situation, just to set a precedence to avoid being challenged or put outside their comfort zones again. When someone begins to attack your character and not just the offending action, there are chances that they are beginning to take advantage of your remorse to gain more control over you than the situation justifies. Be careful not to take false responsibility for something that wasn’t your fault at all or entirely.

“I apologise”
Our social media era and modern day culture promotes justification for every wrong that you can argue and “odeishi” your way out of. These days until we are caught and as long as we make no admission to the wrong, an apology is the furthest from our minds. It is immature to think that an admission of wrong is like giving your opponent the advantage and showing weakness. A heart felt apology is like paying a debt out of integrity. It is  honouring yourself by meeting up to your expectations to be good and honourable.

“I forgive myself and permit myself to move on”
Never say, “I will never be able to forgive myself for XYZ”. Sometimes you have to say; “I have beat myself up over this long enough! I am giving this situation too much attention and penance than it deserves. It’s time to let it go”. If God is able to forgive you when you ask, then who are you not to forgive yourself? Are you holier than God? You’d rather insist on repaying a debt that has been written off than turn around and thank the one that has taken the pain to pay it off for you?

There are some things you can’t pay for; there are some losses that cannot be quantified, only forgiven. To insist on paying, is to insult the aggrieved by suggesting that their loss is replaceable. To seek and accept forgiveness is to acknowledge that you cannot do or say or pay enough to restore things as they were. Forgiveness -God’s, theirs, and yours will cleanse your sin.

Finally, if someone still holds a grudge over your head after you have sincerely apologised, and after a lot of time has passed, offer them understanding for being stuck in the past. But as for you? Move on.

Ife Odedere: For Amina – A Call to Save a Life