Busayo Oderinde: A Taste of Home 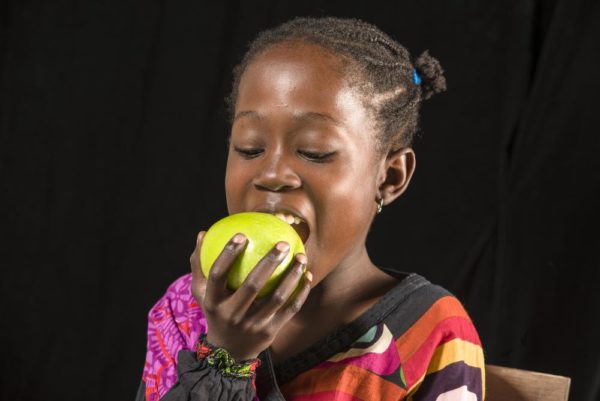 If you grew up in the 90s in Nigeria, then you most likely would have heard this song from the hugely popular TV series, Checkmate. This song was by the children of the hilarious household of Chief Fuji which led to the equally popular and hilarious spinoff TV series “Fuji House of Commotion”.

Ireti was the newest addition to the harem of wives of Chief Fuji, She was a graduate of a catering school and believed she was posh and could cook “Continental dishes” hence the nickname ” Catering Practical”. Her very many dishes didn’t appeal to the household which was why they came up with the song, they were not filling for the kids who were used to the heavy “Eba” and “Iyan”. Even her dear husband didn’t always find her meals appealing and often turned to his other wives to give him “Obokun” Catfish and Pounded yam.

I remember when I was a kid of about seven years old and went to spend some time with my newly married Uncle. His wife was dishing out all sorts of meals (You know… new wife things) but the portions were so small, like just a slice of yam and some mushroom, kidney and vegetable sauce. It was nice o, I really enjoyed the first couple of meals but after a while, it wasn’t getting me. I was never satisfied. It didn’t take me long to call my mum to come and get me and I remember I told her ” The food is too small”. This girl was just an “Ibile” through and through; I needed my ” O Eba” fix. I am still teased till date about that incident.

A friend of mine, a fellow food lover told me of when a guy took her and her friends out to a Chinese restaurant some years back. She thought the portions were too small and she wasn’t filled. On their way home, always ready to speak her mind, she asked her friends if they would go to sleep on almost empty stomachs, this guy( bless his heart) overheard them and took them to get Designer rice in Surulere. That cured what ailed them.

A similar thing happened to my younger sister and I a couple of years ago in Ghana. Some guy took us out to an American food franchise. The meal wasn’t cutting it. Our poker face was poor so we couldn’t hide our feelings. This nice guy later took us to Papaye Restaurant, a place known for plentiful and delicious portions of rice and chicken. Guys, don’t be fooled by the package, a lot of girls are just “O Eba” girls.

Please don’t get me wrong, foreign/continental meals are pretty awesometastic, I have said here that Italian meals are my second best cuisine after Nigerian food but there is something about the taste of home, the food you grew up knowing and loving. You might cross a thousand seas and see a million sights and taste a billion meals but none will compare to the first meals you had in your lifetime, i.e the food of home, your mother tongue meals.

Do you agree that no matter how well traveled you are, how well developed your palate is, sometimes you just want the food of your mother tongue? I know a lot of people who when getting back to Nigeria, straight from the airport, their first point of call is our local Bukas to get their Naija food fix. They want all the “Orisirisi” meat offerings on a large plate and some honest Pounded yam. I love going to pick Uncles like that, you will eat till you can’t move.

Like every true Nigerian, I have lots of relatives in different countries in the world and anytime you go for a visit, its like you are back home, their freezer is filled with all sort of Nigerian soups, the girl might have left the country but the country has definitely not left her.

As much as Foreign cuisine and ideals are being inculcated into our culture, the taste of our own is still a winner any day any time. I know for a fact that the most successful restaurants in Lagos are the ones who have offerings of indigenous meals on their menu. I know people who can eat in these restaurants up to three times a week compared to “Oyibo” ones that you go once in a while.

You know no matter how modern we get and how much we try and inculcate Western traditions, we can’t be as authentic as the creators of the cuisine. Offerings of a lot of foreign dishes in restaurants don’t taste like the real thing. (Too many instances when this has happened)

The taste of home will always be the real deal, you gotta love it. I advocate embracing new experiences, by all mean but we also focus on refining and appreciating our cuisine. Make our cuisine as export-worthy as possible and stay true to ourselves.

What is your opinion?Have a great week. Love and “O Eba”