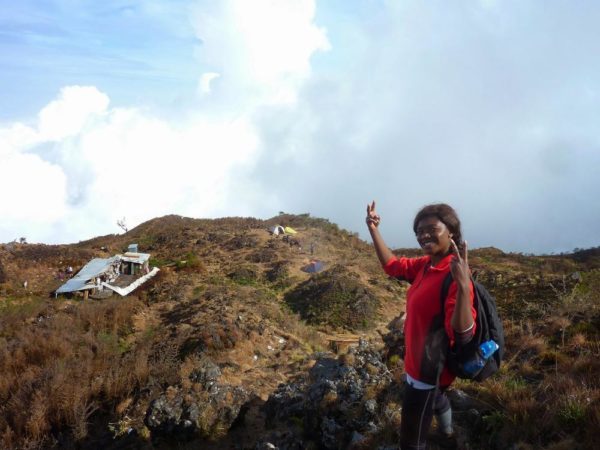 Go girl power! How refreshingly exciting is it to read stories of people who leave their comfort zone to achieve feats they never imagined they could.

BellaNaijarian Ene, sent us an email sharing the story of her adventure to Cameroon. We found her story very interesting and we hope you do to.

We encourage you to step out of the box of confinement. Do something different, positive, exciting and innovative.. and share it with us. Who knows, someone else might be inspired!

Okay, that’s all from us. Read Ene’s story here:

Away from stress, sorrow and everything I did something daring:  a climb of 4,090m (about ten times the height of Aso rock). It was brutal!

“The mountain is part of the area of volcanic activity known as the Cameroon Volcanic Line, it is said to be the highest mountain in West and Central Africa”. Every year, the race of hope takes place with people running up and down this mountain as a challenge. It is amazing how people are motivated to do different things.

A group of 13 of us decided to brave the odds and climb Mount Cameroon. This group was a variation from different walks of life and ages. There were two in their sixties who happened to be more fit than I am by the way.

The climb started through a rain forest then we got to a form of shelter which were referred to as huts. There were breaks on the way as it would have been impossible to do the entire climb at one stretch. Like the organiser predicted, the movement was split into three categories. The fast ones, the ones in between and the slow ones. Hady tours organised porters for our group and it is amazing how the porters are able to carry heavy bags all the way up. They also served as guides and were good at it.

We made it to hut one where we were given something to eat, not a proper meal, but brunch I would say. The whole group reunited and spent over an hour waiting for everyone to get there. After brunch, we continued, this was the part I found extremely challenging on day 1. It was steep, very steep! I remember having to use my hands for support half the time.

We finally got to hut two just before dark where we camped. My first experience sleeping in a tent was not so bad after all. Certainly not as comfortable as a bed, but I had something over my head. The following day, after breakfast, we continued to the summit. By this time, signs of altitude sickness had begun to show in someone who decided to press on despite that. The steep part continued but I had begun to trust my feet much more as I had been told several times the previous day. I had understood the trick of where to step and where not to, and to use my hands only when necessary. 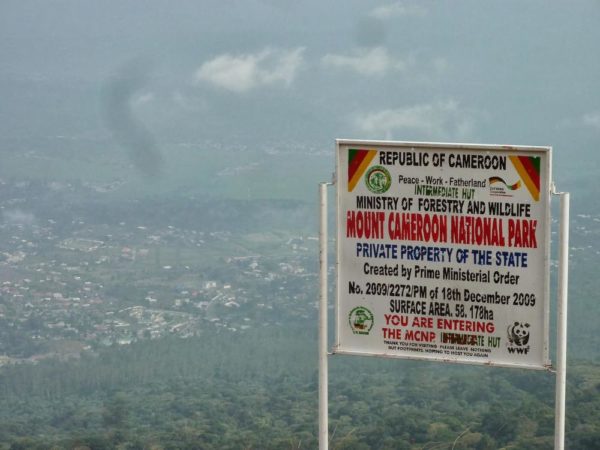 Lest I forget, it started to rain lightly, the weather at this time of year is not the best for the climb. The best time to climb and have clear views would be between November and February. At this point, the lead guide warned that we could possibly have to go back to hut two. We had planned to go down the mountain on the other side but were warned that we would be made to return via the same route as the other side didn’t have sufficient shelter, particularly from rain. It was getting cold but thanks to raincoats, we managed to stay dry.

Hut three in sight was such a relief. I had nearly fallen a few times as I was exhausted. From the moment I walked into hut three, I stated that I would not continue to the summit. Two others said same! But at the last minute, we all decided to press on, where would the fun be in coming all the way and not getting to the summit? We were already at 3570m, so not far to go!
To get to the summit, I needed more than a boost, I needed help. So my friend who was responsible for me accepting to climb the mountain in the first place took responsibility (in fairness, he was there the whole time nudging me on). We devised a way to keep me moving as there were times I willed my legs to move or step but they were rooted to the spot! We were all aching and of course we were exhausted. I had to hold the loose straps of his back pack as he trudged on. That kept me moving then we would stop for breath counts. As silly as all this sounds/looks now, it worked.

When we got to the summit, cheers greeted us and a sense of satisfaction overwhelmed me. It was foggy and windy so we couldn’t see far. That was meant to be the price, the beautiful view of Cameroon and a peek of the Gulf of Guinea, but we were disappointed in that respect. We took photos then started the climb down. It wasn’t the easiest but we made it back to hut two. Day two ended! 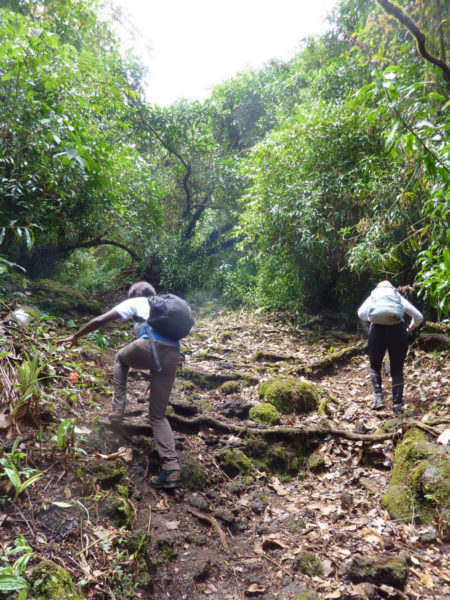 Waking up on day three, it was raining, we stayed in our tents later than we were expected to, hoping it would subside. It did eventually, so we had breakfast, then we continued our journey down. Everyone seemed eager to get off the mountain. My entire body was sore and there was nothing enjoyable for me. I fell a few times due to fatigue. Every time I fell, I burst into laughter as there was simply nothing else I could have done. Crying would have only had me engulf myself in self-pity which I absolutely did not need. One of the times I fell, I sustained a gash close to my wrist. Luckily, it wasn’t my wrist and we had a first aid kit so some cream to keep the wound sanitised and a plaster was very helpful.

When we got to hut one, only some of the porters were there. The rest of the group and other porters had continued down. Among the next set of fellow climbers who arrived right after us, one of them exclaimed where is everyone (as he met just three of us). What happened to being a team? He seemed shocked, especially as he was one of the fast ones but had to slow down to encourage his spouse. We found out through the climb that you could only depend on YOU. After a few minutes, we continued down, only to discover that my hiking boots didn’t feel right. I stopped to look at the left foot, we noticed that the sole was almost off. I alerted the porter with us and we improvised by using a string to tie it across, I examined the other foot and that was also coming loose so we did same. I had yellow strings across my boots for the rest of the climb down. Again, I fell a few times but the last fall was bad, luckily I didn’t break any bones or dislocate any joints. From that moment, I wasn’t allowed to walk on my own even when I was protested, my hand was held for the rest of the walk down. 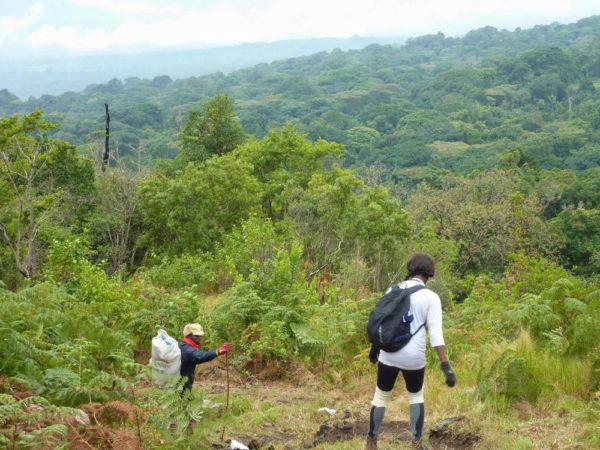 When we got to the bottom, those who had already made it down were celebrating with a crate of beer and water. We waited for the last set to get down and away from the mountain we went. At that moment, a shower and a bed finally was all I could think of. Phew!

There! Sounds like the most senseless thing I ever did! I won’t be climbing any more mountains, although at least five people in the group tried to persuade me that I picked the wrong mountain to start with – as this one seemed even more difficult than Kilimanjaro in places.

I was told that it was like learning to run and starting with a marathon. But I am not convinced just yet and for now, I want no mention of mountain climbing or hours of hiking around me

A Peek into the Life of… Communicator – Chisom Ogbummuo