Temi A: Let's All Live 'in the' Abroad 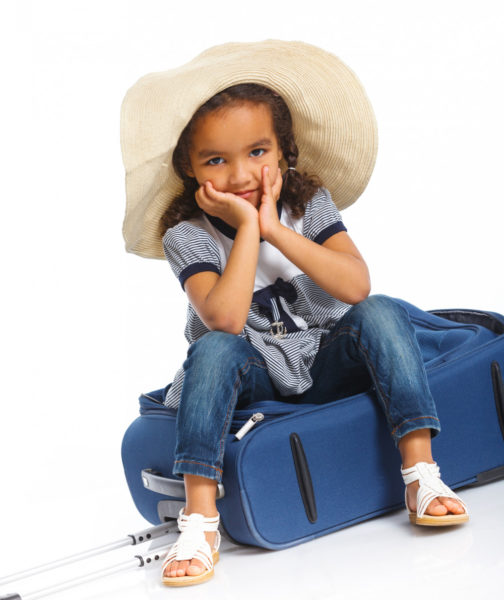 He walked into the office. Tall, slightly stooped. He wrapped his humour around him like an armour, and tucked his despondency steadfastly in his back pocket. You could see it bulging out nonetheless like an overstuffed wallet; out of sight but not forgotten, easily reachable and felt.

She, backed by the UK parliament, has passed various laws to ostracise him from the society. The problems include and are not limited to a potential landlord acting as Home Office and demanding to see a copy of his visa before he could rent a place. He had to do the same at the hospital now. He could be picked up anywhere (yes including his home, his sanctuary) and deported at anytime without a right of appeal. It was the new law you see: the “deport first, appeal later one”. As for his job, he could not go to work for fear of being asked to show his passport or biometric card, and so he had resigned his job and started a new one. He was paid £20 a day for his efforts.

Still, he was optimistic. He was in the UK, he had a roof over his head, and if he worked hard enough he would be able to apply for further leave to remain in the UK.

Not so. His solicitor dropped a new one on him. He had to pay approximately £650 for an application to the Home Office, as well as pay a new fee called an “NHS surcharge fee”. This was a new law as well, courtesy of Messrs. Theresa May and Parliament. It is payable by everyone applying for leave to remain in the UK as they were deemed to be using free medical services. However, what this fee failed to take into account was that some people had legal leave to remain in the UK and were tax paying members of the society and as such had contributed to their medical expenses. Even my illegal Mister had contributed to his expenses as he had been able to “get” a N.I card and paid tax! Cui bono?

Now he starts to worry, and the worry is not only limited to him, but the other immigrant with legal leave to remain in the UK… like Mr. P. Assured in the knowledge of his biometric card currently resident in his suitcase, he had walked confidently to his solicitor until he realised that there was a price for his lust. You see, he and his wife had 4 children. Therefore, the money for applying for further leave to remain in the UK was this- £650 multiplied by 4, multiplied by £500 multiplied by 4. Convoluted maths! Can’t you calculate Temi. A you say? I say, get a calculator and do it yourself: as frantically as Mr. P was. The sums do not add up. How is he to afford £4,600 for application to the Home Office, excluding his solicitor’s fee? Mr. P cannot come up with the money. He works at Tesco, and his wife is a domestic worker. Their visas expire. They become illegal immigrants too- round and round the mulberry bush.

Mister. Tall and Stopped walks out of the solicitor’s office. Armour firmly in place. He walks past the receptionist and notices she comes from his place of origin. He also notices her British accent. He stops, looks at her and intones “you sound just like them…you are very lucky”. He flashes a smile and walks away. You ask why would he consider her lucky for sounding just like people who are making very serious, energetic and concerted efforts to make his life a living hell? No answer comes to you.

So you want to live ‘in the’ abroad? You have been advised that once you get your visitor’s visa, everything will sort itself out? Just get in first they say. Did they tell you the fear that permeates your system every time you hear a siren pass once the 6 months runs out? Were you told that the Home Office will routinely reject any application for further leave to remain in the UK for the simplest of reasons thereby inducing a legal battle that could last at least 2 years? What happens to your life in this period?

Oh, you were not also told that time, time does not wait for you. The victim of the love triangle between you, the home office and time is the loss of your life. The sum of what you were, what you could have been, and what you will finally be once you get the leave to remain in the UK after approximately 3 -6 years of fighting for it. This is not a prose. These characters are not fictional. It could be you. Yes, you. Your student visa expires next month I am told.

Do you know that there are proposals for a new rule that means you cannot apply for an extension of leave within the UK? Oh, how about the one that says you will not be entitled to work, not even the part –time job to afford certain niceties. Why does no one fight then you ask? They cannot. Legal battles are expensive. Mr. P cannot afford to support a case all the way to the European Court of Human Rights even if he does have an arguable case based on the discrimination and the abuse of system by denying him an appeal right under Article 6 and Article 14 of the European Convention on Human Rights. However, will this happen anytime soon? No. not likely. That is a brief glimpse of what goes on behind the screens. Oh the joys of living ‘in the’ abroad!

This is longer than I intended it to be, but it comes from a place of deep frustration and anger at the system. Try as solicitors might, it seems as if they cannot beat it. As usual, comment and add more information to this if you have it at your disposal and feel free to share your experiences as well regardless of where you are. I have managed to thoroughly depress some of you on this fine day haven’t I? I apologise ☺

NgCareers: How To Deal with A Stupid Idea From Your Boss