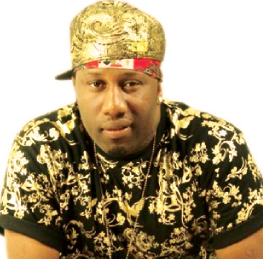 Ernest had suffered a stroke in 2015 which affected his ability to speak and walk. The actor later announced in 2016 that he had been healed of stroke by Prophet Jeremiah Omoto Funfeyin of Mercyland Deliverance Ministry.

His wife Jennifer Asuzu who confirmed the news of his passing to The Nation, revealing that the actor fainted on Tuesday evening and did not wake up after that. She also shared that his remains are being sent to the east for funeral rites.

Ernest kicked off his acting career in the early 90s and made his big break after starring in 1997 Nollywood classics, “Another Campus Queen” and “Rituals“. He featured in over 150 films which showed his range and diverse talent. He was known for playing villain, criminal, hitman and action roles and they earned him the title “Nollywood’s bad boy”, and sometimes, “Nollywood’s lover boy”. Some of his movies include “Last Wedding“, “Labista“, “Royal War“, “Broad Day Light“, “Ogidan“, “Ugonna“, “Never Ending“, “Living Abroad” and many others.

As news of Ernest’s passing hit the internet, Nigerians have poured in tributes to remember the actor for the entertaining memories he left behind.

Ernest Asuzu is dead! ?
May he rest in peace. He had some cool roles back then.

Rest on star boi…? thank you for blessing us with your talent all those years…. the original badboi of nollywood #ernestasuzu pic.twitter.com/h2sTvrQnvm

Ernest Asuzu dead. He was the first bad boy of nollywood. He lived a troubled life. Let him go and rest.

Ernest Asuzu is/was an actor very popular in the 90s, he featured mostly in most of the chicko/Zeb Ejiro movies. It's now dat all celebrities will b creating stunts over his death. Nobody was willing to assist when he was alive. That's the Nigerian movies industry for u.

Ernest Asuzu was the lover boy of Africa Magic movies?

May his soul rest in peace ?

RIP Ernest Asuzu. The glimpses into what he went through all these years always saddened me so much.

Popular actor Ernest Asuzu is dead.
The exact cause of death is unknown.

He previously suffered a stroke in 2015, leaving him with speech problems and later he became bedridden for three years.

This is very sad.
May God comfort his family and friends.
He was only 37years old. pic.twitter.com/0mvh7RgoQj

Wake up call to Nollywood Guild take care of your own ,watch out for one another. Do not wait until ill health strikes. RIP to Ernest Asuzu.

Even in some yoruba movie like OGIDAN & AAGO KAN ORU in early 2000. I watched his video on YouTube when Anambra state first lady visited him when he was in the hospital. May his soul rest in peace

He was once a great actor & music from the 90's. He once begged his colleagues for financial assistant but I don't know the outcome of that… If he's truly dead, that's sad…