NgCareers: How To Deal with A Stupid Idea From Your Boss 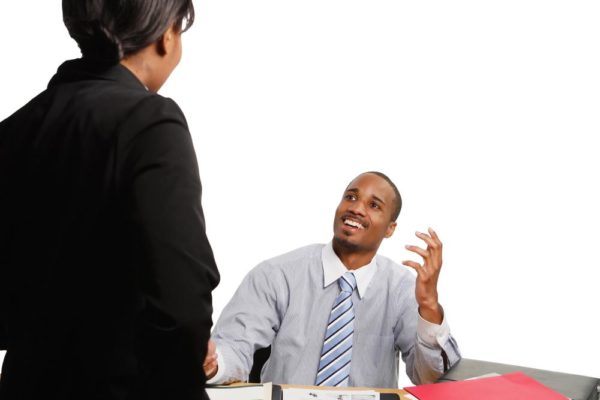 We all have those moments when crazy ideas tend to spring out of our heads and pop right out of our mouths; the problem is, when the crazy idea is coming from the boss rather than that annoying colleague – or even yourself. It is a lot harder to shoot holes into the idea and tell them that their ‘baby ‘will never fly well except you don’t want your job anymore.

Now putting into consideration the level of freedom or fear within your workplace, your choices may range from saying something immediately to throwing dice to determine who bells the cat (telling your boss that his or her idea sucks).

The fact that everyone is afraid to tell the boss when he or she has a bad idea creates an impression of a delusional boss who gets used to being in a happy little cocoon when no one ever disagrees with them. While it might be true, that a happy boss means a happy workplace, I still believe that if a genuinely bad idea goes ahead and fails. It could cause serious damage to the company – and FYI (for your information), it wouldn’t entirely be the boss’s fault if you knew it was bad and did nothing to stop it, so don’t go thinking you would walk away unscathed as the innocent party.

So if handling your boss really does feel like going into a lion’s den, then maybe these tips will help you.

Ask for More Information
I know it sounds like a stalling tactic, well yes, that’s because it is. But when you look at it objectively, you’ll agree that it’s also a good way to give them a chance to shed more light on the idea. There is a slim possibility that the idea isn’t actually so bad, maybe it was just the way they said it.

Saying “I’m confused” and asking for more information gives you a chance to initiate a conversation about it. In the process of talking to another person (you) your boss might realize how crazy the idea is (tough luck on that) or they might refine their idea and spice it up a bit to make it better, and it give you the chance to see exactly what they mean so you can more easily look into it. All the research in the world won’t help you understand what they’re saying if they haven’t made it clear enough.

Make Sure it is a Bad Idea
In my book, the only thing worse than telling your boss they have a terrible idea is opening your mouth to tell that their idea is bad only for you to realize later that it wasn’t so bad or you were simply being biased. The same way it is unadvisable to send a defensive reply to an email before you’ve taken some time to cool down and actually think about the “accusations”, you shouldn’t be too quick to react here also.

If you were briefed on the idea via email or in a situation when you have ample time to pause and think, I strongly advise that you take that time to critically look consider the idea, it best to be objective here. If it’s a face to face situation, then ask for some time to do some research and get back to them. It’s a lot better than shooting yourself in the foot, plus it’s more placating for your boss to hear an answer that sounds like their idea is so awesome and too much for you to handle that you actually need a moment to recover from the genius.

If you’re really lucky, asking for time will give them time to realize the issues for themselves, if they went ahead and said it as soon as it popped into their head. If not, look at each part of it, see what the result would be and imagine all the potential outcomes. This not only helps you think about it carefully rather than immediately deciding you hate it, but you never know when you might be pleasantly surprised by giving something a chance.

Improve It
Ok so you have listened to their idea, you went on to research, and you still think it’s a bad idea. Now before you go running to deliver the bad tidings take another look at it and see if any part of it is salvageable: is there anything you like about it? As a whole the idea might be nonsense but when broken into different components, some parts might actually be workable. Take those not so bad parts and turn them into something that could work. So, instead of breaking your boss’s heart, by shattering their entire dream, you can say that it was good, but “I think it could be even better if we do XYZ” – then you at least make it sound like it inspired you, and they will feel more receptive towards it.

If after all is said and done, you still don’t think you can improve on it, then pretend that this idea is definitely going to happen and there’s nothing you can do to stop it and instead look to the future and work out how to make it less of a disaster, you’d be surprised at the ideas you’d get.

Be Gentle
Quick word of advice, don’t be too quick to be mean about it. I know it’s not every day you get to tell your boss how wrong they are, but it’s one thing to call it crazy with your friends (I mean, we’re all friends here, aren’t we?), but there is absolutely no need to say that to your boss. And before you crucify me, it is not just because they’re your boss, either: how would you like it if someone called your idea crazy and it wasn’t a close friend or someone otherwise teasing you?
Even mean bosses have feelings!

Instead, try this:
• Have facts and figures to back it up so it doesn’t feel personal. Imagine your boss is a child whose automatic response will be to ask “why”, so please, have a logical answer ready.

• Is it not necessarily a bad idea, but just a bad idea ‘now’? Tell them that. Ask if it might be better if you waited until the next quarter, or the company’s next milestone, or the new year…or never

Irrespective of the fact that there’s a high level of freedom in your office, it’s still never easy to hear that your idea isn’t so great, especially from a subordinate. You must already know that from any bad ideas you’ve had yourself in the past. The more sensitively you handle the news, and the more tweaks or alternative solutions you offer, the easier you’re making the blow and the less defensive they’re likely to get.

Of course, you should also remember that your ultimate responsibility is to do what you’re told to do, so if they’re really determined you may find that your only option is to go along with it and prepare for the worst.
What did you do the last time your boss had a crazy idea? What was the reaction to your last crazy idea? Let us know in the comments section below.

Related Topics:EmployersHow to deal with stupid ideas from your bossNgCareersStupid Bosses
Up Next

Temi A: Let’s All Live ‘in the’ Abroad