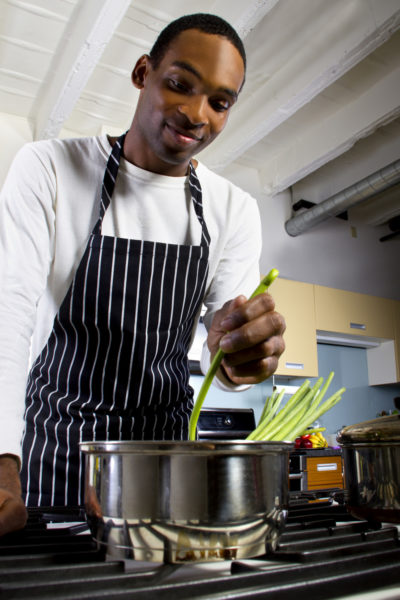 The World Health Organization (WHO) has determined that eating processed meat and red meat is just as much of a cancer risk as smoking cigarettes.  WHO went on to say that each 50 gram portion of processed meat (or red meat) eaten daily increases the risk of colorectal cancer by 18% and the risk continues to increase with the amount of meat consumed.  The article released by WHO states that this is not to say that the general populace should give up meat altogether. {Click here to read.} But isn’t this a bit of a contradiction? What good is smoking cigarettes in moderation?

Granted I am already vegan, so I might be a tad biased, but when you take an honest look around and see families who are stricken by cancer, meat really does lose its appeal. In society today, we are so used to seeing people get afflicted with various diseases as they grow older and we think that this is normal. When you do some research and find lots of people thriving even in their older years, you will discover that all these people have one thing in common, they live a predominantly plant based life style( e.g. the 100 year old vegan heart surgeon, Annette Larkins, Mimi Kirk, Karyn Calabrese and many others).

Veganism always gets the side eye. People assume it’s only for hipsters trying to get on the latest trend. Veganism is in no shape or form a trend/fad diet. Some examples of fad diets are: Low Carb, Atkins, Mediterranean and Gluten Free diet. This is not to say that gluten free is entirely useless.  A lot of people experience positive changes like weight loss, better digestion, and clearer skin when they go gluten free.
Here’s why: these days wheat which was formerly a wholesome ancient grain is now heavily processed and genetically modified. When people talk about carbs, they are often talking about bread, pastries, cakes and cookies made with white flour. As we all know white flour is what you get after you remove all the fiber and nutrients from wheat. What you are left with is a Frankenstein food that has no nutritional value, therefore it has to be fortified before companies can morally justify calling it food.

So you see when you cut out wheat from your diet and go for whole grain gluten free products, this can be a good thing. Also gluten free options are not always readily available, so when you do go gluten free, you have less bad food options, so you would unconsciously start to add more whole grains, vegetables and fruits to your diet. Again, this is not to throw shade at people who are gluten free because there are some people with an acute allergy to wheat. These people are referred to as having celiac disease. So far I have only met one person in my life with this condition. Celiac disease is no joke. When someone who has celiac disease eats from a plate that once contained wheat, they might very well end up in a hospital with a deadly allergic reaction.

However, given the percentage of celiac cases in the world- the gluten free issue pales in comparison to the discussion about whether to consume meat or not.  Once you eat whole grains, you are good. Cutting meat out of your diet on the other hand can be just as easy. It is important to look at Veganism in terms of what you are gaining.  About a year ago I visited Veggie Victory in Freedom Park with my parents. Veggie Victory is a vegan restaurant, the first of its kind in Lagos, Nigeria. We ordered a wide spread of jollof rice, beans, plantains, burgers, vegan suya and efo riro. Everything tasted so good and my parents both admitted that they could eat this food every day and not miss meat. They have since become about 90% vegan.

All tastes are acquired and for starters you can definitely tweak veganism to your taste based on the foods you currently eat. I find that I have gained more diversity in my diet since I went vegan. My options are limitless: pounded yam, jollof rice, injera (ethopian food), hummus, vegetable sushi, pad thai, curries, roasted vegetables, plantains, tofu (awara) steaks,  smoothies . . .I could literally go on forever, but you get the picture. All you need to do is try veganism for one week, you never know- it just might catch on.

After all is said and done, what is your take on the World Health Organization’s statement about the fact that meat is carcinogenic? When it comes to meat, are you literally ride or die? Do you think you would survive one week of veganism if you decide to give it a try? Let me know in the comments down below.