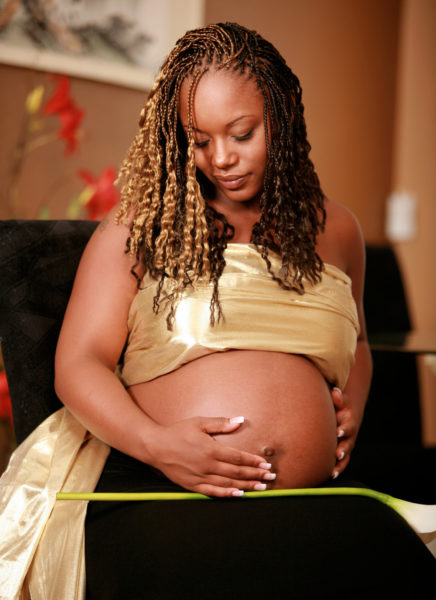 Selena woke up that summer morning with a start. Rob, her husband of sixty months slept not so quietly beside her. She turned to stare at him for a while, as if wishing they could trade places. He probably deserved some sleep. He had been through quite a lot in the last nine months. And he had been a rock. Her rock. He had taken up almost all of her responsibilities in the home, especially during this final month. She couldn’t wait to give him a break, and a child.

It wasn’t the first time Selena had been pregnant; it was the third time she had made it past eighteen weeks and the first time she was successfully carrying one to term. It was the first one after she and Rob met the Lord and began to learn what it meant to walk by faith and believe God for not just a safe pregnancy, but what they had come to know as supernatural childbirth.

She paced their room as she prayed, rubbing her rounded tummy. Today was her due date, and even though the doctor had said that only few babies were known to arrive on their exact due dates, she had a knowing feeling about today, a certainty almost. She blessed her baby and her body. She spoke to her body to function as God had intended for it to function during child birth. She prayed for strength and for safety, and she believed. As she said her final ‘amen’,

Rob echoed it and turned in bed.
‘Morning Darling,’ said Rob with a smile. ‘How was your night?’
‘Awesome,’ said Selena, ‘I believe baby will most likely arrive today.’
‘Do you? Well then, God’s will be done today.’ He yawned and got out of bed on the right side.

As Selena said another amen to her husband’s words – as she always did whenever he spoke to the baby in her womb and prayed about her delivery day – she smiled and put her arms around him. Her stomach was in the way, just as it had been in the way of quite a few things. He planted a kiss on her forehead before he made his way to the study and she to the bathroom.

Later, as Selena and her best friend, Julia, walked around the City Centre mall, Selena was sure she didn’t have much longer to shop. Not that she felt pain or anything more than the practice contractions she had felt occasionally during the previous week, still, she felt she should call Rob. He had left for work that morning after dropping her at the mall where she was meeting up with Julia to do some grocery shopping. She pulled out her phone from her bag and dialled her husband’s number. He answered almost without letting the phone ring.

‘Are you alright darling?’
‘Of course I’m alright,’ said Selena as though she was surprised her husband was almost expecting her call. ‘I was wondering if you could take the rest of the day off, you know?’
‘I’m already working on that, darling.’
‘Oh, you are?’ She smiled. ‘Does that mean you would be able to come get me?’
Julia whispered something to her before she could hear his response. She would gladly drop Selena off at home while Rob could simply go over to the house instead of coming to the mall. She told him this.
‘Perfect,’ he said.

By the time Rob got back to their house on 76 Avenue about forty minutes later, Selena had experienced several contractions now separated by about twenty minutes. She was preparing to put on a sanitary pad and doing a final check on the hospital bag she had packed when she heard him open the front door downstairs.

‘Darling, I’m home,’ said Rob, with a mix of excitement and trepidation in his voice.
She met her husband at the stairs.
‘My water broke,’ she said, as if it was a new form of greeting.
‘Really?’ asked Rob, ‘we should call the hospital.’

Their family doctor at Langley Hospital had told them that they needed to call the hospital whenever they felt Selena was ready to have her baby so she could ask them a few questions, assess Selena and let them know if coming to the hospital immediately would be the best decision. The hospital needed to be ready for her arrival and the delivery.

‘Are you in active labour yet?’ asked the nurse over the phone.
‘I am about to have my baby anytime soon, I am sure of it,’ said Selena, carefully avoiding the word labour. Herself and Rob had decided they wouldn’t use the word. Not that there was anything wrong with it, but they were expecting a safe delivery, only. Not labour. They had come to believe and accept that the pain of childbirth was a result of the curse, and Christ had redeemed them from the curse of the law.

‘You sound fine to me,’ the nurse insisted, ‘you certainly don’t sound like a woman in labour. Are you even dilated yet?’
‘Trust me, I’m having this baby any time from now and if you’ll rather not have me come to the hospital, I might as well have my baby at home,’ she said, and wondered where that had come from. She certainly had no plan to give birth to her baby at home.
The nurse giggled. ‘You can be on your way in ten minutes, we’ll have the doctor assess you once you arrive and we’ll prepare a room for you meanwhile. Sounds good?’
‘Sounds good. Thank you.’

Selena was still muttering her confessions under her breath when they arrived at the hospital. Her contractions were becoming more regular. She had her left hand arched onto her side as they walked from the parking lot to the front desk, while Rob held her hand with his left hand and her bag with his right.
‘Were you the nurse I spoke to over the phone?’
‘Selena Plimsey?’
‘Yes please.’

The nurse at the front desk smiled. ‘You look like you could still take part in a marathon; you look nothing like a woman in labour. Are you sure you don’t want to…’
‘I am not in labour,’ said Selena before she could stop herself, ‘I mean…I am about to have my baby. I know it. Can you just have the doctor examine me please?’
‘Okay then,’ the nurse said, clearly looking confused, ‘please have a seat ma’am or walk around,’ she urged.

And the doctor confirmed Selena’s words. Her cervix was dilated enough. Soon she was in her private delivery room, Rob by her side, and the nurses prepping her for child birth as she lay in position, legs hanging apart at the tail of the bed as one of the nurses monitored the baby’s heart rate on the screen beside her.

‘There would be no need for that,’ she was saying to one of the nurses who had asked her about the option of having an epidural to ease the pain. It was one of the things herself and Rob had agreed on. She was having a natural birth and whatever came with it.

The doctor didn’t share her sentiments when he came in moments later.
‘Having an epidural will take away about ninety percent of the pain, but if you don’t want that, we always urge our intending mothers to be open minded because there is always the possibility of a….’
‘There would be no need for that doctor,’ Selena cut in. ‘Please check me again, I feel like I’m ready to push.’
She wasn’t.

It took four long hours and several contractions to get there, and then she knew it was time. Everyone in the room knew it too. She closed her eyes and muttered something to herself that no one seemed to hear. She tried to relax and then she gave the first push. The doctor could see baby’s head.
‘Great job…’ said the doctor, ‘one more push.’

For some reason, the doctor’s words seemed to send more fear than courage into Selena’s mind. Rob knew it. He could see it in her face. She was getting anxious. He held her hand with his right hand and rubbed her hair with his left. She smacked his hand off her head. Rob retreated in shock. Selena felt a jolt of pain run through her body, she was itching in places she couldn’t reach. She knew she was losing control and letting her fear take over. She reached out and held Rob’s hand and hoped he would accept that as an apology.
‘You’re doing good darling,’ said Rob, ‘one more.’
She pushed.
‘Great,’ she heard the doctor say.

She pushed again, and suddenly felt her stomach deflate. She let out a heavy sigh.
But that was the only sound in the room. The silence was just as loud as her sigh.
She looked to the faces of the doctor and the two nurses. They seemed to confirm her fears. She looked down at her baby as the doctor rose from underneath her.

Still.
She took in a few breaths. ‘What’s wrong with my baby?’ said Selena, looking up at Rob. He squeezed her hand and then released it to go over to the doctor. More breaths.

The doctor ignored her and carried baby onto the infant warmer beside her. A girl. Selena closed her eyes and tried to wrestle her fears. She muttered some more. She heard the click of the scissors as Rob cut through the umbilical cord. Selena opened her eyes and looked across to her new born and then baby let out a loud infant cry.

Titilope Sule: Sometimes You Have to Reject Your Beliefs to Find Yourself

'Seun Salami is the author of two short story collections - 'The Sex Life of a Lagos Mad Woman' and 'The Son of your Father's Concubine' – as well as a novella, 'The Young Shall Grow'. He posts fiction on www.seunwrites.com and tweets via @SeunWrites