#BN2015Epilogues: Laughing, Learning & Growing Was How Iember Got Through this Year 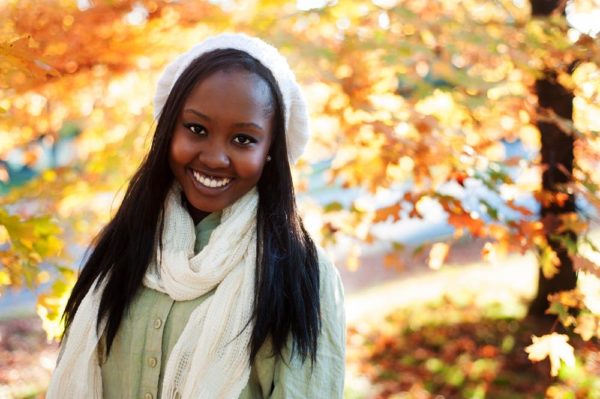 There’s something heartwarming about Iember‘s entry in this series and BellaNaijarians will definitely relate with her story.

There is a primary school close to my house. Most mornings I wake up to conversations between a certain male teacher and his pupils in a class close to my window. This morning as I made breakfast I listened in amusement to their conversations. Today’s teaser was “spell the word queue”. I laughed and thought to myself, “That’s a tricky one, even for a lot of adults”. I listened as the kids battled to spell the word. I heard all sorts ‘qui ‘, ‘cyu’, even ‘cu’. The closest attempt was ‘que’.

My mind drifted from the classroom conversations to thoughts of the myriad of things I have to get done before the end of the year- move to a new house, repay a loan I took, make an extra income, the list goes on and on. I sighed and said to myself “I wish the biggest problem in my life right now is how to spell ‘queue’, this adult life isn’t what they said it would be”

They say true growth is unconscious. I couldn’t agree more. It’s only as I decided to put pen to paper that I realize how much I have grown in the past 12 months. I have tried in vain to pen down the milestones I have attained this year. After several futile attempts I have come to realize that my major achievement lies in the fact that I have solved ‘better problems’ in 2015 than I did last year and I dare say all the years before that. I have grown from the little girl who once battled with the spelling of ‘queue’ and moved on to ‘better problems’ over the years, and I’m thankful that it has been a steady climb.

It hasn’t been all perfect though. 2015 started with a lot of uncertainty. A few months to the end of 2014 I had quit my ‘well paying’ job. It’s one thing when you quit your job because a better opportunity presented itself, and it’s another thing entirely when you quit simply because you have zero tolerance for nonsense. The latter was my case. Everyone thought I was foolish and my diminishing bank account balance seemed to agree with them.

Despite the seeming uncertainty, I had a deep-seated conviction that everything was going to be just fine. Things started to fall in place in the third month of the year; a new job came and while I was still giddy with excitement love showed up too, or so I thought. I was in my happy place, my confidence started to soar high. I went from being Miss Uncertainty to Miss Encouraging-Everyone-Around-Me-To-Hang-In-There.

Not being able to share my feelings didn’t make it any better. I find it very difficult to talk about my down moments. Maybe it’s because I was raised in a culture of silence. Maybe it’s because I’m by nature not one to complain easily. Maybe it’s because I’m surrounded by people who constantly tire me out with tales of all that’s going wrong in their lives and expect me to listen with undivided attention but won’t pause for a minute to ask if all is well with me. This set of people I’m certainly not taking with me into 2016.

I’m thankful that in all the good far outweighed the bad. I’m thankful for my sense of humor. Thankful that I laughed every day. Thankful that I could find humor in everything and I consider that a gift. On several occasions on my way home I would cry in the car because that was my place of solitude and it is funny how amidst the tears I would suddenly burst out laughing because something silly crossed my mind.

In all I have laughed, I have learned, I have grown, oh I have grown so much! Maybe I haven’t ticked everything off my list of expectations for 2015 but I have gained much more than was written on the 7-line list. I have certainly solved better problems this year.

Kelechi Udoagwu: 6 Tips For Getting It Right in 2016

Sandra Dairo: When You Marry Your One-Night Stand