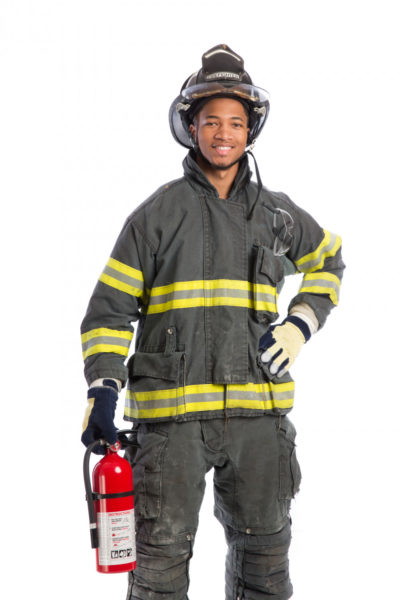 One of the first experiences I had at the start of my business about 15 years ago, was having to make a sales pitch of the need for a fire detection & alarm system to a lady who sold fabrics in her shop along Awolowo Road in Ikoyi, Lagos. We had just installed a similar system at one of her competitor’s shops just down the road, and assumed that would be a good reference. I recall with delirious humor now, not at that time though, how she very intently listened to me talk about the need for such a system to serve as an early warning of any possible fire threats to her huge stock of expensive fabrics and how it could save her several millions of Naira.
After having kept totally silent through my rather impressive pitch, adding only the occasional nod as though she agreed with all I was saying, she finally spoke when I was done, and this is what she said…“It is your business and home that will burn completely to the ground you this foolish boy…..as you and my enemies wish me evil so will God reward all of you with evil….this business will not burn in Jesus name and if there is a fire here at anytime I will report you to the police that you are the one who caused it and they will arrest you! Now get out of my shop immediately!!!”

“How can you say such a thing..…..aaahhh you must be an evil man! This fire will be arrested and this shop will not burn down in Jesus name” That was the angry interjection I got from a very emotional lady who overheard me expressing my personal opinion to a friend, that a significant part of the Ebeano supermarket building in Lekki would probably be lost to the fire, as we both watched the sad fire incident unfold.

I was immediately reminded of the experience I narrated above and found myself wondering if much has actually changed in almost 15 years, with this deeply rooted belief people seem to have that they are supernaturally and spiritually immune to fire outbreaks. Let me clarify that I am a Christian and I strongly believe in the miracle working all-powerful God. However, I also believe just as strongly, that this all powerful God expects us to do what is reasonably appropriate to protect and prevent ourselves from harm, for example not purposely eating spoilt food and expecting Him to heal us when we get afflicted with an illness as a result of such action. It never ceases to amaze me how several people so easily ignore the clearly logical line of thinking when it comes to fire outbreaks, preferring rather to succumb to emotional thinking and their belief that such will never happen to them, because God is watching over them. Is that to mean He’s not watching over the other person (who at times may be a member of their same religious faith) and who still had a devastating fire outbreak?

As I stood watching the early stages of the Ebeano shop fire disaster, and saw people running out of the shop with billowing smoke trailing them, I distinctly recall asking myself that despite the amount of similar devastating fires that have occurred over the past couple of years, why couldn’t I hear a fire alarm siren blaring & more importantly, why hadn’t it started blaring much earlier when this raging fire was simply a threat?
Why wasn’t the supermarket equipped with a sprinkler system, or even water hose reels, which would have greatly aided early extinguishing activities? Why weren’t there alternative exits for emergency evacuation purposes instead of just the entrance, which I now realized was a relatively small space when there was a need for a mass evacuation of people? It didn’t take me long to realize that the answers I sought to my questions were not so much individual answers, but were actually all wrapped into one major realization, that just like several other big supermarkets, hospitals, cinemas, hotels, banks, clubs and several other business office buildings, there simply hasn’t been ANYTHING learnt from all the previous fire incidences.

Truth be told, I wouldn’t be as concerned as I am if these fire incidences were confined to personal homes, because in such cases only the people who choose to take the risk of believing such an incidence wouldn’t happen to them, bear the consequences when it does happen. However, I do have very major concerns, when these incidences occur in public buildings, especially those which people go into for purposes that are commercially beneficial to the building owners.

I recently watched a late night movie at a cinema in one of the malls in Victoria Island, and a few minutes after midnight, I had to make a restroom visit. On exiting the cinema hall, I heard the blaring sound of the fire alarm siren, which had been totally masked by the loud surround system audio of the movie I had been watching. To say I was totally shocked that nothing inside the cinema hall indicated to those of us watching the movie that there was a potential fire threat will be putting it lightly, but stupefied better describes my reaction at the total attitude of nonchalance displayed by all the night duty cleaning staff of the mall. Being a safety & security consultant, I went into full panic mode and had started looking for ways to commence an immediate evacuation of the cinema hall I was in and any other ones that may have been occupied, and in trying to get the guy I identified as a supervisor to help with this, he calmly told me “Sir, there is no cause for alarm….this siren just makes noise like this from time to time, especially at this time of the day”.

If you enjoy the nightlife in clubs especially in Lagos, you should ask your self a simple question the next time you’re entering into one of them…..“If a fire occurs in this club while I’m inside, what are the chances I will come out alive and without any bodily harm or injury?” If your answer to that question does not rank in the high 80’s on a percentage scale (and it probably wouldn’t!), then you should honestly ask yourself why you’re gambling with your life and going to spend your hard earned money in a “death trap”. I have been to several night clubs in Lagos, and I am yet to find a single one that has a functional fire detection and alarm system installed in it, or that has a functional and adequate fire exit that is an alternative to the main entrance into the premises. In the absence of these basics, it’s obviously asking ways too much to hope that they have well trained staff to serve as Fire Marshalls, who can effectively handle crowd control and emergency evacuations in the event of a fire incident.

A very wise man I know, taught me several years ago what he called the golden rule of getting things done. “What is not measured, rewarded or punished will NEVER get done”. This golden rule is what I strongly believe the issue of fire safety requires the most now, and very urgently too. For as long as there is no actual measurement of the level of compliance of buildings to the stipulated fire safety requirements, and there are no positive recognition or punitive measures taken for compliance and non-compliance respectively, there will always be reoccurrences of these devastating fire incidences. When the effective monitoring of fire safety standards in buildings becomes the norm, without a doubt most property owners, especially those open for commercial activities will place more of an emphasis on ensuring they are compliant to the fire safety standards.

One impact the unfortunate Ebeano fire had on Lekki residents, was the need to find alternative options for their grocery shopping and most, like me, moved to the closest alternative shop barely 5 minutes from the destroyed Ebeano shop. On a visit there last week during the Christmas shopping rush, I asked the attendant checking receipts at the entrance if there was a functional fire alarm system within the premises and if they had an alternative fire exit I could use if there was a fire threat. He didn’t have to answer as the lady behind me angrily pushed past me saying “Oga please move and let us enter, if you are afraid of fire go to another shop….The blood of Jesus will protect all of us here and this shop will not burn in Jesus Name”. I simply smiled and said “Amen” and walked out wondering when, if ever, I will eventually learn my lesson and keep my big mouth shut on this fire prevention matter, and exactly where in Lekki I was to find a relatively safer alternative to shop in!

Nkem Ndem: 8 Types of Men You Will Definitely Meet in Lagos

#BN2015Epilogues: Cracking the Shell & Flying Out of the Nest! 2015 Was Mary’s Coming Out Year