#BN2015Epilogues: Cracking the Shell & Flying Out of the Nest! 2015 Was Mary's Coming Out Year 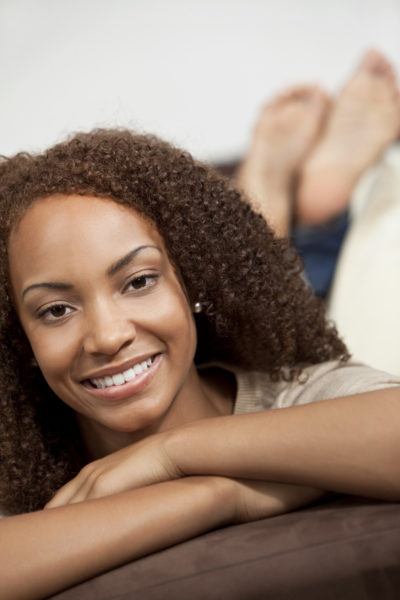 Today, we’re sharing a very feel good story of Mary – who spread her wings, and flew out of her comfort zone into a world of adventure and possibilities.

When I first saw Bellanaija’s call for 2015 Epilogues, I was thrilled. I thought “This is sooooo me. I’m sending an entry”. Then I clicked the 2014 Epilogues and almost changed my mind. The few epilogues I read were of people that had ‘achieved’ so much! One PR expert, an accomplished writer, etc. I just said to myself “Abeg, ees not ya type they are lukin for”. I didn’t think I had enough accomplishments worth recording in an epilogue.

2015. It was a ‘Coming Out’ year for me, so to speak. Interestingly enough, right from the beginning of the year, I kinda knew it was going to be a special one. Not so much in the sense that I’d be lying on a bed of roses all through, but that it would be different. Maybe because towards the end of 2014, I’d observed a leaning towards change, a shifting of ideologies, opinions, etc within myself. I just knew there would be a shaking.

Let me paint a clearer picture. I’m the typical daddy’s girl; a ‘good’ girl living life strictly within the confines of an over-protective upbringing. My entire life was a triangle: Home, School, Church. Basically no social life; every parent’s dream child, abi? So 2015 was a deviation from norm. Call it a ‘breaking-away’ and you wouldn’t be wrong. It started out with the perfect alibi: NYSC.

I was to serve my dear country in Oyo state. One would think my father would be glad I wasn’t taken too far from home, but no o, he insisted that it was either Lagos (where we reside) or nothing else. Only after much pleading did he agree.

Off I went to Oyo, to serve my fatherland…and to spread my wings! Yay! At the NYSC camp, quite a lot of folks were concerned about being posted to Ibadan. JJC like me who had never travelled beyond Lagos and Ogun state (only because of Church camping activities *covers face*), I did not know one place from another. All I was concerned about was finally getting a chance to be independent (even if it was just for a year). As it turned out, I was posted to the ancient city of Ibadan, and to my utter delight, had my primary assignment at the State TV broadcasting station as a News reporter (Being a graduate of mass communication with a passion for broadcasting, how blessed could I be, yea?) And so the stage was set. The city of tin roofs was going to be the location for Mary’s Coming Out.

Settling into a routine with my roommate in our one-room apartment, I realized independence wasn’t all it was cracked up to be. Don’t get me wrong. I loved it; every bit of it! I just came to realize (in a very REAL way) that it’s not all sun and beaches. Having to make decisions that were hitherto left to the parents and yes, having to pay bills (yikes!). I also found that I had the freedom to do quite a lot of things, and I learnt that with that freedom comes responsibility.

I was on a roll. I wanted to do and undo, taste the world and like I said earlier, spread my wings. You know that feeling when you’ve been cooped up for a long time, and then suddenly you find yourself FREE! Lol.I got adventurous; went chilling with guys (I know this does not count as ‘adventure’ in today’s world, but in my world; the world of a shy ‘always-indoor’ babe, it definitely is!), took rides from strangers, etc. Not all my adventures were fun-seeking though. I enrolled in a German class (and never completed it), went on risky news reporting assignments (My father would have a fit if he knew I went on an assignment to cover a political campaign that turned violent or the scene of a petrol tanker that fell and spilled its contents) and spoke my mind more often.

I must confess, 2015 saw me recognizing the woman in me. I began to see I had the potential to do so many things. I was no longer a little girl, and indeed, many ladies younger than me were already doing great stuff. That was another beautiful thing about NYSC in 2015. I got to meet so many young people who were already achieving big things for themselves and impacting the world around them. I was challenged to leave my comfort zone; to leave the life I’d always known as safe and launch out.

So many beautiful things began for me in 2015. One stands out particularly, but errm, I’m keeping it to myself. Anyways, service ended in July. Since then, I’ve been working in a PR agency (still very much in love with broadcasting though), started my blog, looking forward to brighter tomorrows and generally living life. I’ve had to ruffle a few feathers as the new me. Folks who were used to the ‘good’ girl weren’t too quick to accept that she’d grown; till now a few still struggle with it. But then, I’m still here and I’m still evolving.

Taking risks or diving into unfamiliar waters may not be easy, but at the end of the day, you don’t get to do great stuff by playing it safe. I look back on my moments and times in 2015 and marvel all over again at the things I did. I look at me sometimes and go “Meeehn! You really did THAT? You get liver o!”

Isio Knows Better: When Women Reserve the Ugliest Stares for Each Other

All The Stellar Looks From the Ultimate Love NG TV Show Hosts, According to Celebrity Stylist Rhoda Ebun