Isio Knows Better: When Women Reserve the Ugliest Stares for Each Other 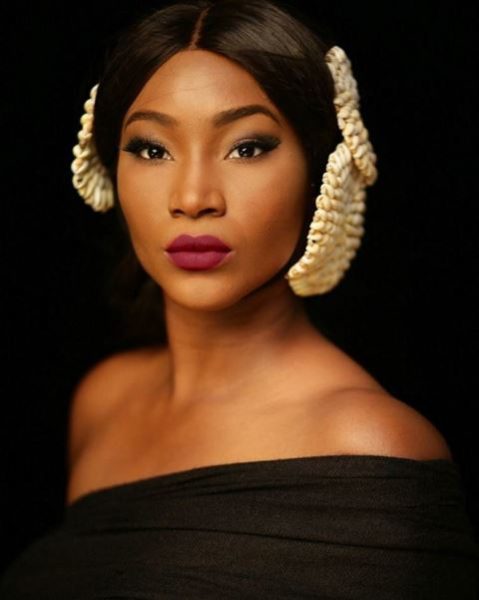 I was 17 when I noticed something really peculiar about many Lagos girls.
I was just back from boarding school and my dad had enrolled my sister and I in a Jamb lesson not too far away from my home. So, on that day, I was walking home when I felt eyes on me… I swung my face to the left just in time to see a car drive past. Behind the wheel was a guy who kept his face on the road, but on the passenger’s side was a young woman who stared me down with bile and barely concealed suspicion.
Haba! Womanly… Wetin I do you? I thought the dragon-glare was weird, but I just shook it off and went home.

Over the next decade and-a-half I have noticed to my amusement the dragon-eyes many “young” Lagos-females seem to reserve for other women-folk. I got used to it, I mean… it’s just what some women do… Especially at The Palms, any club, lounge, restaurant, super-market, or church sef.
All you need to do as a female is just go out of your house in Lagos. Should you come across a couple, 8-out-of-10, chances are that the female will stare you down with dragon eyes. Like your being alive and daring to breathe is offensive enough.

So, what is this thing, and why do many women do it?

Well, I think it is a mix of insecurity and fear, with the assumption that other people/women want what you have. This is a stretch at best, and paranoia at its worst. Internalized and expelled through body language to every one you meet who could be you.

So, why do we women think other women want what we have? I don’t know. For sure, some people do… (Usually and sadly, it is the people you know, and not the stranger at the supermarket.) I remember in school, a friend congratulated a mutual friend on her new relationship with a guy, who was a bit of a nerd. The nerd had loved this girl for the longest time. So, when she, as a popular girl started dating him, well… the advising friend warned her to be careful, because “everybody would want him now that she had him.”

Choi… women can be complicated sha. See advice. Poor girl, just about to start a new, beautiful relationship and can’t even relax and enjoy the thing. She, subconsciously carrying the burden and fear that there is an army of women ready to betray and displace her.

I hear so many women complain about losing friends once they start a relationship, or get married. Truly, there are a dime a dozen reasons why this could happen. If you are insecure about your relationship, your partner’s appetite and distrustful of every female, and you really deep down believe that everyone wants what you have, then it doesn’t matter how great of an actress you are, or how many times you invite them over, they will catch your dragon-eyes when you think no one is watching, and will begin to avoid you. And no, they really don’t hate you, it’s just a New Year, and no right thinking human would rather sit through and endure awkwardness and veiled hostility.

To be fair, there are women who are secure in themselves and their relationships, and if you know any of these, they are a delight! Like my best friend. I met her as a married woman, we have been friends for donkey years, and still right as rain. Her self-confidence and liver no be here biko!

Isn’t it presumptuous to believe that everyone wants what you have? We all have our different backgrounds, needs, desires… it makes sense that we all want different things from everything that’s available in this world.
The other side of this coin of presumptuousness, is believing that everyone wants you. Men feeling all-that, and women feeling all-that. Of course, you are amazing, spectacular, and lotsa people would be lucky to have you, but not everyone wants you. It’s nothing against you personally, and definitely nothing to cause you concern, but some people simply want something else.

In design school in Firenze, there was this clearly gay guy in our school. He kept to himself. He didn’t talk/socialize much outside his small circle of friends. Now, there was this other Nigerian student who was so bothered by him. He would say things like, “Have you seen that guy, they say he is gay, he should not come near me o, that is how they always convert people. He should not talk to me, or sit near me at all… If he should so much as look at me eh…”

He went on and on. For months he kept bringing it up. All of us just tayah for the matter. Until one day, I told him, “My friend, relax. Just because he is gay, does not mean he finds you desirable. You are not automatically desirable to every gay man on the planet. Chances are, he will never speak to you, just as you will never speak to him. You’re safe.”

Bewildered, he did not speak to me for three weeks after that. But I think he got the gist of it. He stopped complaining about a problem he probably would never have/ have had.

This whole thing about women staring other women down is ridiculous, and tiring. It’s a bit like a girl invited to a buffet. She gets there, picks what she wants, and heaps it on her plate. It’s her plate. The things she likes. At that moment, another girl walks in, and she gets mad, and insecure and fearful that that other girl wants her plate. She is so sure the stranger is going to steal her plate, she stops enjoying herself, and can’t enjoy her meal.
But she forgets that there is a buffet after all, and she has nothing to fear.

She has her ogbono soup, the other came for the jollof.

#BN2015Epilogues: Cracking the Shell & Flying Out of the Nest! 2015 Was Mary’s Coming Out Year