Linda Orajekwe: The Terrorists We Create 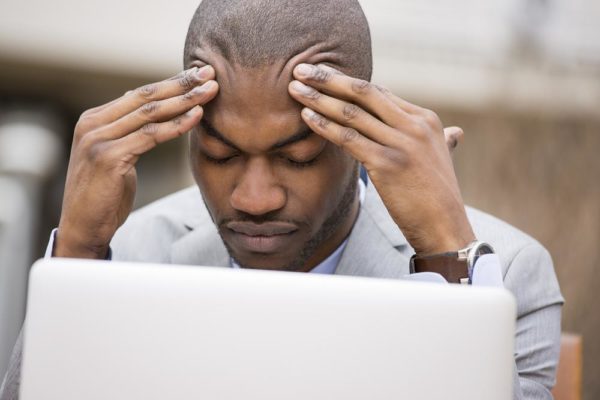 Terrorism is a global epidemic facing every individual. We move around watching our backs, full of mistrust and praying every step and breath is not our last. These people are members of our society and one would wonder how such an upright member of a society became the most feared person alive. But let us also understand that while these people are terrorizing us, we should look at their lives and learn from them, because their lives are evidence of the mistakes of the society.

Terrorism in a country is the proof of a country’s incapability and level of care of its people. What do I mean by this? Every terrorist we see presently is either an abused child, or a less privileged child… but the less privileged is usually the case. Now this is not to say that these children were once orphans, but it is saying that these children lacked something that they are now trying to get by force.

The common traits in these terrorist are low self esteem, bitterness and character defect. A confident man has no business killing others, because he is sure that other people’s downfall doesn’t make him successful – at least not always.

Every terrorist we see is battling with this disease of low self esteem, and because the society believes that all man has to be for himself, we don’t see this as a problem. Low self esteem, which can also be seen as inferiority complex is the worst thing that can happen to any man. It runs and ruins your life, because everything you do will be determined by the people around you, or the place you find yourself. You’ll be the most inconsistent human in the world and you won’t focus on pleasing yourself, rather you’ll live life trying to either please others or be like others, and that is what is killing us today.

These people are in our society. They have been in our society. We had the opportunity to straighten them. To show them the love they deserve. But because we feel their problem isn’t our problem, we have now allowed them make their lives our problem… a problem we cannot hide away from. A father who does not take care of his child’s need today will face the dance tomorrow… he cannot escape it, no matter how far he runs to.

We see our neighbour’s children misbehaving, and something tells us that they are not ours, so for that reason we ignore and let them be. We forget that letting them be, because they’re not ours, will still come back to haunt us when they become the society’s problem.
Every broken child becomes a society’s problem tomorrow if they are not mended as children. It is far better to correct a child than to mend an adult. Every terrorist has a story of how they hate the society either because a part of that society has mocked them, put them amongst minority, made them invisible, or abuse them.

So what is terrorism for them?
It is a defensive mechanism. It is them having that thrill of being powerful with a weapon of mass destruction. It is them getting back at the people that mocked them, abused them, segregated them from the crowd, made them invisible, bullied and dominated them. And because we fail to learn from this, we suffer for it. The society refuses to see this as their fault, rather they keep making the same mistake, producing more terrorists.

The truth is, the leaders of these terrorist group mobilise the weak people, encourage them and help them realize how strong they actually are, therefore using this to attack the people.
A child, whose father always considers him to be nothing, will run towards the first person that tells him how great he is. He will forever be indebted to that one person who saw the light in him, where society saw nothing but darkness.

The leader of this terrorist group understand these people because he was once like them. The leader capitalizes on what they want, gives it to them and in return they give him their lives even without him asking for it. We have become so insensitive with humans that we are ready to cast them out, call our children names, forgetting that the words of our mouth that is meant to make them the leaders of tomorrow can also make them killers of tomorrow.

A child who isn’t like other children should not be treated differently. The issue of terrorism in relating to character defect can be seen in the recently acclaimed TV series, EMPIRE. Watching that show made me realize that the problem of terrorism we face today is as a result of our carelessness with bringing up our children. It’s our lack of insensitivity. Luscious Lyon was a great man who is also greedy and ready to kill anyone that comes between him and what he wants… EMPIRE.

Luscious Lyon is our today’s society, it takes from you and refuses to give you what you deserve leaving people bitter and ready to do anything to bring him down. Almost everyone in that show is his terrorist; some praying he dies, while some attack him aiming for his downfall. These terrorists have different scores to settle with him; ranging from his ungrateful attitude to parental method that has done more harm than good – with him rearing broken and confused men.

But let us also try to see something, what kind of parental method was he taught with? None, we can account of. Which one did he see? Obviously worse than his; his father had none of what he has. What kind of attitude does he have? One gotten from the street – filled with mistrust and killings. So even when he wasn’t trying to, he was pitting his children against themselves, promising them what he wasn’t willing to give them, so that they can give all they’ve got. Luscious Lyon might be a devil, but he was the devil the society created; and he as a member of the society is creating his. They will create theirs and that way the cycle will continue.

Every terrorist is a broken man who tries to mend himself through dominating others and the urge to be a god, that can do anything whenever and wherever he wants.

They have issues with their esteem and they search for approval from people they respect the most. They are bitter because they have been wronged one way or the other.

It is the duty of the society, which happens to be every one of us, to ensure that our children feel loved. That they are not bullied and they are confident in themselves no matter how small they are (either they’re your children or not).

I know we think this is such a mighty task, but trust me it isn’t. Tackling terrorism isn’t by fighting them all the time, sometimes we have to show them that we love them. Love is the best arm we need. We have children who are around us battling with one thing or the other and bottling them inside, how about we talk to them? Make them feel loved.

Those children battling with esteem issues, how about you make it your job to make them feel confident in themselves band their abilities. For those feeling bitter, how about making it a duty to be a listening ear for them to pour those concerns and bitterness into? Because stopping terrorism is not just for the government.
Let our mind, hands and heart reach out to our children because reaching out to them is reaching out to the future.

Being Human with Busola: Butterfly House

My name is Linda Orajekwe, a graduate of English Language and literary studies, Lagos State University. I love reading, writing and talking.I am a proud African naturalista who believes that Africans can only be great when we learn to embrace our rich resources from books, food to culture.