Doyinsola Ogunye is Teaching Kids to Create a Healthier Environment, Empowering Women, and Saving the World with MEDIC Nigeria

For Tunde Onakoya, Chess in Slums Africa is Beyond Making a Pawn a Queen; it's about Redefining Education Outside a Classroom 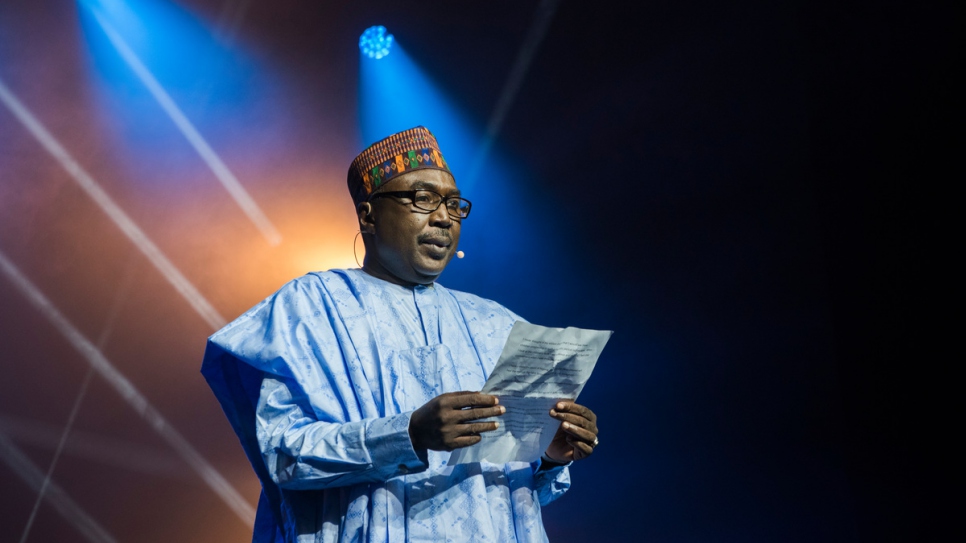 According to UNICEF, children account for about 60% of the internally displaced persons in north-eastern Nigeria, many of whom live in camps. 1 in 4 of the children are under the age of five, exposed to abuse, violence and malnutrition. They also lack access to education, healthcare and a safe environment, among other basic amenities. Hundreds of thousands of children in north-east Nigeria are living in the shadow of conflict, and as insecurity in the country increases, more children are becoming orphans, damned to live in the streets, begging for their survival.

With the Future Prowess Islamic Foundation, Zannah Mustapha is changing the narrative of internally-displaced children in the north-east and giving them a future they deserve.

Although born in the Northern part of Nigeria at a time where western education was not fully embraced or encouraged, and where only a few people had access to it, Zannah had an education and eventually became a legal practitioner. Now, it was time to do something about the inaccessible educational system in the north and be a role model to younger ones.

“I felt I should turn the tide of that time. I had reached 20 years in the legal profession, and as a legal practitioner, I felt I could sponsor a certain number of students so that they can reach university level. I started a house, built some classrooms, took in 36 orphans and enrolled them in the school. For me to be entirely committed to this, I put in my biological children to be part of this.”

Zannah’s plan was going on smoothly until 2009, when Boko Haram began to rise and the government made efforts to curtail them. Unlike now where insurgency and terrorism has fully bloomed, many  of the Boko Haram members were killed and their children cast into the streets; nobody wanted to identify with them. Zannah felt he needed to do something.

“I felt as an individual, I have to carry along these orphans, so that they can also be found worthy and be part of our own children.”

There was a sudden need for an expansion. So, he expanded the program to include fatherless children. Still, it wasn’t enough: “if a child doesn’t get to eat anything in days, certainly there will be no child to come to school.” So he expanded the program again to include widows, and set up a skill acquisition program for them in carpentry, shoemaking, beadmaking, clothing and a host of other activities. He also got development partners like the ICRC, UNHCR to give these widows economic support.

2,295 teachers have lost their lives while 1,400 schools have been destroyed in North-East Nigeria since 2009 as a result of insurgency, but the Future Prowess Islamic Foundation never closed its doors. Still, Zannah’s journey has been one fraught with challenges. For a region where western education is not wholly embraced, convincing the locals that he was doing the right thing was tough.

“Some of them even objected to the English language being taught. We said ‘no’, English is just a language – like we have the neighbouring countries or regions that are Francophone countries. If you leave this town, in just an hour’s time, we will be in these three countries. And then you cannot even communicate with them, so learning a universal language is very important.”

Constant attacks were also a hindrance. “There are times when we do not have many people coming in to help. Many of those development agencies are not working the way they are supposed to because some of them are being attacked, and their offices are attacked too. So it makes them leave, and then projects get stalled.

Another challenge is catering to children who have very diverse problems and needs. How do you create a program that will cater to their various needs? Do you put them all in the same class? Teach them with the same curriculum? The children being accepted into Future Prowess are usually between the ages of 3 and 8. But when a 13-year-old is brought to the academy, you cannot turn your back on them, right? 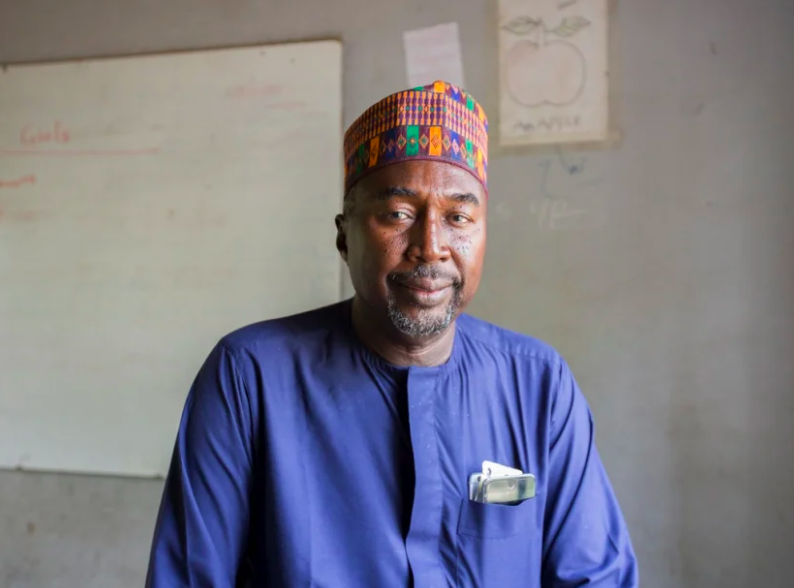 “Some of these children are brought in at 13 years or 14 years, and catering to them all is tedious. When you have a girl of 13 years who is not only a wife, but also a mother and already a widow – all at 13, how do you begin to teach her? And then this 14-year-old mother has a child who is already 3 years old. Do you put both of them in the same class – in primary 1?”

“So what we do is to take her to the skills acquisition centre, teach her some literacy and numerics to put her through in tailoring, hairdressing or something. But there’s another challenge there, many of them consider education to be a taboo, and they will refuse to learn because “western education is haram”. So we have to convince them that we’re only teaching them numerics so they can be good at tailoring and not trying to westernise them. Then they also wish to get married again. As you try to teach them and integrate them into a better system, someone comes along to say they want to marry them, how do you contend with that?”

Then there are those kids brought into Future Prowess Islamic Foundation, who have been scarred – physically and mentally – by the insurgency and terrorism in northern Nigeria. Assuring them that Future Prowess is a safe space for them is a huge challenge for Zannah.

“We had to give them some sort of trauma session. Many of them watched their parents being killed and they are living in fear, some are already hypertensive at age 10, 12. They have this scar they move around with.”

But in the midst of these challenges, Future Prowess gets help. “The University of Maiduguri has helped us a lot, especially in the teaching area. We are located close to the university and the majority of our volunteers come from there.”

The foundation keeps waxing stronger, receiving wide recognition and acclamation. “In 2011, President Olusegun Obasanjo got to know of our school that he just flew over to the foundation and said, ‘Well, I want to see wives of Boko Haram.” In 2016, Zannah Mustapha was a finalist for the Robert Burns Humanitarian Award. He also won the World Humanitarian Award in 2016. In 2017, Zannah became a Nansen Award laureate, and was named the winner of the UNHCR Nansen Refugee Award for providing orphans of Nigeria’s Boko Haram insurgency with an education – an award he says is one of the most inspiring things in his life. He was also mentioned as CNN’s top ten heroes of 2021. He’s also the first Nigerian to be selected as an Aurora Humanitarian. 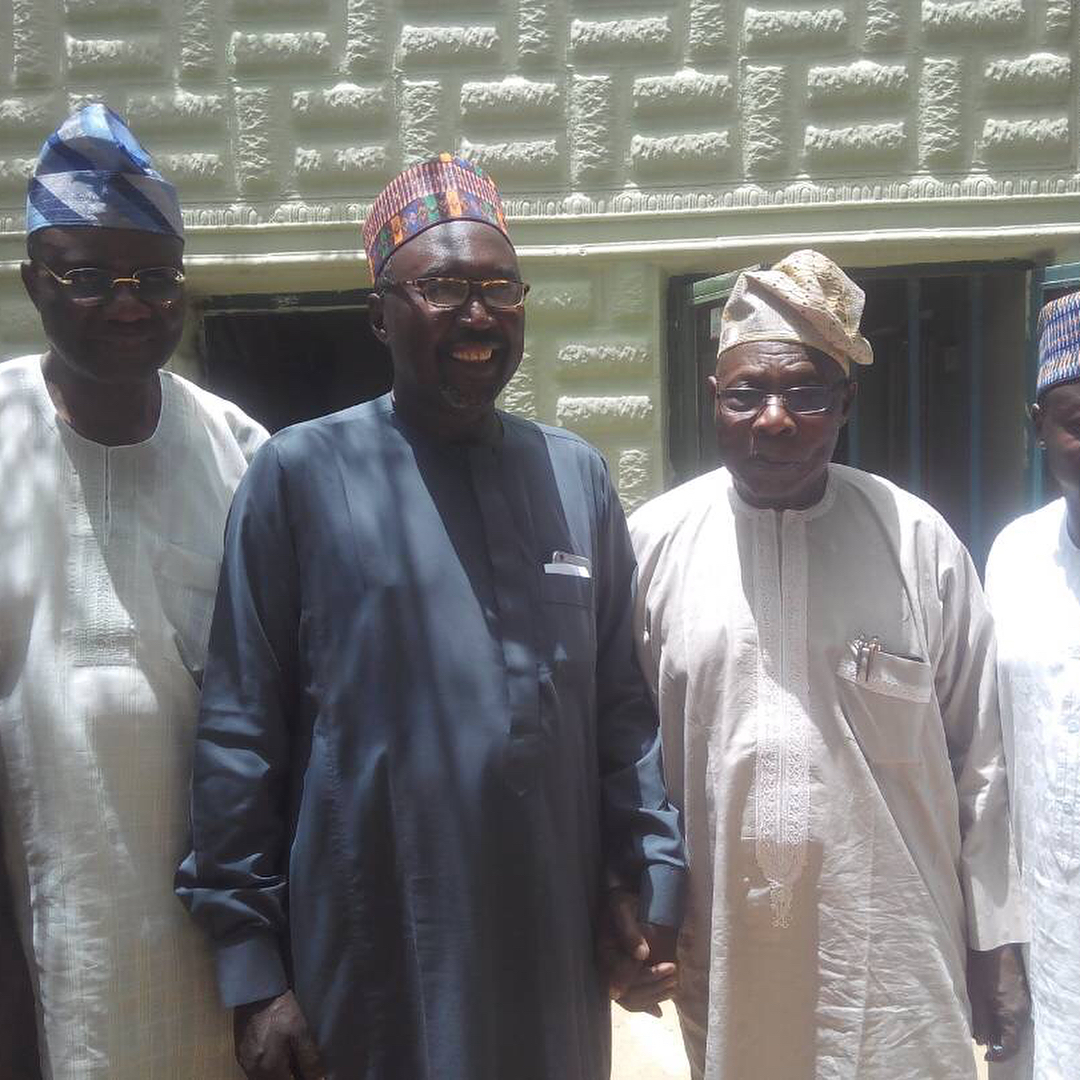 The future of The Future Prowess Islamic Foundation looks really bright, and with a 10-year plan already in motion, there is a likelihood that more children in Northern Nigeria will not just receive education but will have a chance at a brighter outlook in life – or a brighter future or whatever.

“We have about 15 hectares of land, with more than 1000 different trees within the area. We are now engaging in agriculture. We have a very large fish pond and then we have a very large 15-hectare land that we are currently cultivating with the parents and widows in the school.

“That’s how we plan to get economic support. We also have a large fish farm. We’ll teach people how to formulate pits for fish, and then farm management. We are now currently making moves to get some support from the Development Commission.

“We already have the landmark, we have the registration. We are trying to see that in the next year, this foundation grows into an institution where we discuss conflict, traditional conflict resolution mechanisms, and so on.”

Funding is the foundation’s major problem, but if they get collaboration and support, they can change as many children’s lives as possible. So far, people volunteer to teach, some send food condiments to the foundation, others make donations via the gofundme link. Still, it is not really enough, Zannah needs more financial support and collaboration, “we have a very large farm, it will be really good to get donors who will say, ‘I will construct a classroom for you, I will construct a toilet for you’ and so on. These are some tools that can help us to prosper.” 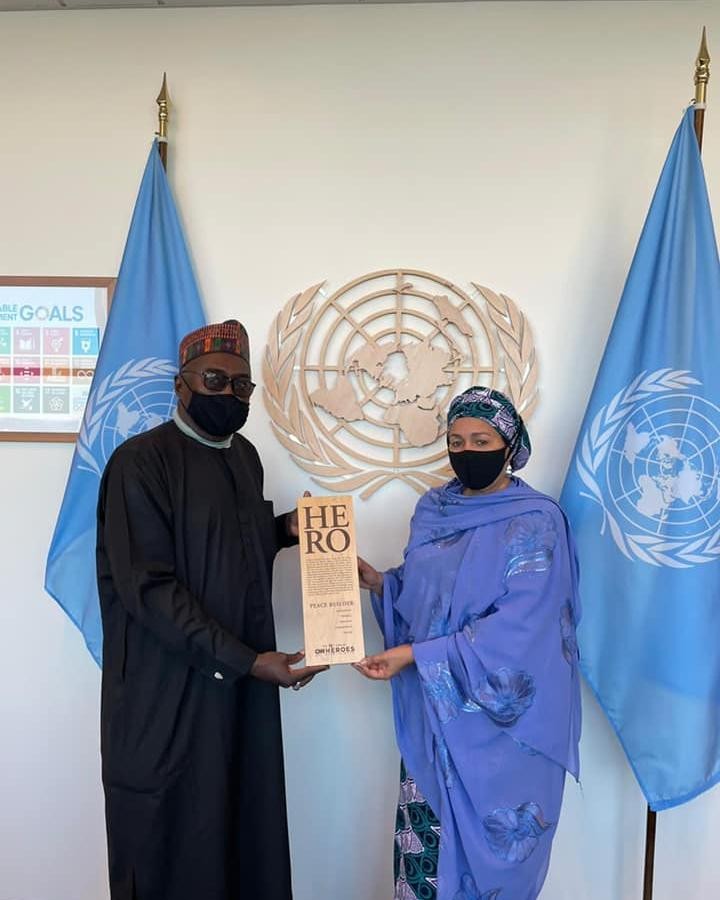 Amidst the challenges, the impact Future Prowess has made so far has been tremendous. Zannah Mustapha has moved from establishing 1 school to 4 schools, built skill acquisition programs, a feeding program, and the children have moved from 36 to over 2,000 children, many of whom have won awards, gone on to the university level, and furthered their education even in a different country. In partnerships with other NGOs, Future Prowess has also trained 6,000 widows in skill acquisition programs.

“Just a month ago, our student, somebody who we trained here, was at the United Nations in New York, to address them on the issues of child soldiers and child rights,” Zannah says, “28 of them are currently in the university. Some of those who graduated from the university are teachers in our academy –  they are here, they’ve started here, and then they’re teaching here. All these things show that even if we are not there, we have enough children or students or teachers that will take the school far from where we left it.”

IMPACTER by Global Citizen x BellaNaija is throwing the spotlight on Africans making an impact in their countries and beyond. From mitigating the effects of climate change, to providing mental care, building innovative solutions to COVID-19, fighting global poverty, and providing education for all, these impacters are building smart solutions to creating a world that is safe, healthy and equal for all.

As the world strives to recover from the impact of COVID-19, IMPACTER will follow the journey of these change-makers whose projects are not just changing the lives of people, but are also creating a world of equity and equality.

Doyinsola Ogunye is Teaching Kids to Create a Healthier Environment, Empowering Women, and Saving the World with MEDIC Nigeria