Olajumoke Awosemo: The Curious Case of the Meddling Parents 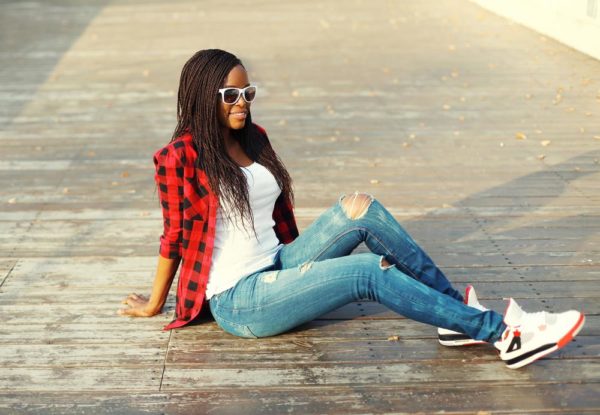 As a young girl, I remember that my Dad used to get us tickets to watch inter-school dramas and poetry shows organised by some private primary schools back then. It was at the point when I became interested in arts, and my passion for reading novels grew. I recollect that my brothers and I would all take our turns reading our Dad’s stash of James Hadley Chase & Perry Mason novels and discuss them like we had watched a movie. Fast-forward to Secondary school and my love for Arts had blossomed. I had decided to study Law and was one of the brightest in Literature in English. Books like Macbeth and Animal farm were the basis of my everyday conversations. I could critically analyze how all animals were equal but some were more equal than the others.

So it came to filling out my jamb form and my Father suddenly decided that my desire for Law had to be prematurely aborted. To say I was in shock does not even describe how I felt. Is this not the same man who has encouraged me over the years? In fact, he sat me down for a two-hour long lecture on how there are so many lawyers roaming the streets doing ‘charge and bail’ as it’s not as lucrative anymore. I suggested Mass Communication and again my father came up with ‘it’s not exactly a career for a woman who wants to establish a good home’. You cannot win an argument with my dad; so I asked, what course do you now think is best for me? My father answered ‘Accounting’. What! I didn’t even do Accounting or Commerce or what is it commercial students do for subjects. He analyzed how I could do my ACCA alongside my degree and upon graduation be the next big thing! My dad struggled to understand why I didn’t see the good in his plan. I succumbed to his idea but after a rough start in Accounting and several family meetings, I navigated myself to studying Sociology.

What is it with Nigerian parents? Who made them authority over all university courses to understand what these courses are all about anyway? Who made them fortune tellers to be able to tell which course will make you boom or not? I had assumed that with all the enlightenment on the media and the civilization all around us, Nigerian parents would become less meddling but I thought wrong.

I was recently part of a conversation about a man who wanted all his kids to be professionals, like a Doctor, a Lawyer, and Accountant e.t.c. I marvelled at his ignorance; but then in retrospect, I wondered whether anyone can one really blame him. What future does the career of a professional drummer hold in this great country of ours? My British colleague at work told me his son is studying drumming in the university. My Nigerian mentality shock and curiosity made me ask her what the opportunities are for him and she went on to explain that his lecturers drive Ferrari and Jaguar to work and one lecturer in particular told the students that since becoming a professional drummer at the top of his career, he earns up to £80,000 per gig at social events. I was wowed and I suddenly remembered my father dearest. Mention drumming and you probably may not feel your jaw move for the next two hours or more from his hot slap.

This brought to mind my elderly cousin, who came to stay with us all the way from Kano, having struggled to gain admission into the university for years. He wanted to study Medicine, but was willing to just enter studying any science related course and hoped to cross over to medicine later. We literally all danced to church to testify when my parents pulled all their strings to make him secure a spot in Zoology just a day before matriculation (must have been the VC list). The aspiration of studying Medicine remained only a dream as he remained in Zoology till the end of his course. I doubt that my cousin ever entered another zoo asides the Easter family picnic at the UI zoo some years ago. He has since been working in the bank after graduating. How many thriving zoological gardens do we have in Nigeria for him to even practice? Why then would any Nigerian parent not think you are crazy to come up with some disreputable course for study in the university?

Since we have all long given up on our government creating any sort of developmental platform for actual passion to be pursued, then if you must do an infamous course, be ready to take the risk by studying infamously. For you, it is not a matter of thinking outside of the box, it’s really creating your own box.

Ade Olabode: Here’s Why You Need To Train Your Employees

Frances Okoro: 20 Reasons Why I Love My Mom