Loud Thinker: When Does Being Miss Independent Become Too Much? 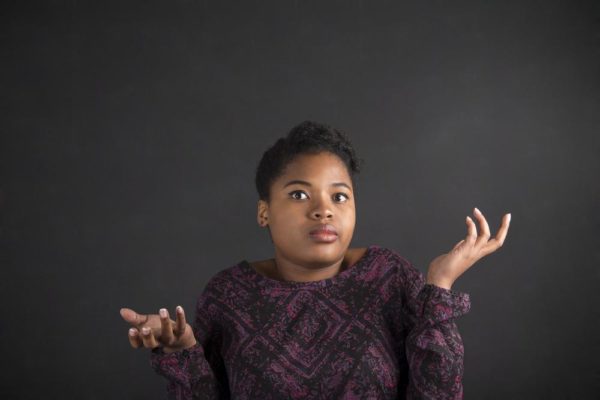 Is being a Miss Independent pushing men away? Does a man find a Miss Independent attractive, arrogant or is it a total turn off? You know the girl who reaches for the bill the moment it lands on the table? And not jokingly either. She will pay the bill before you even see how much it is. The girl who will not let you do favours for her and will not let you help her in her struggling moments.

Some might say it is not a big deal but one of the love languages is action. Some people show love by doing and if you are not letting him “do” then it could be taken negatively. We could push it to the extreme and talk about some of us girls who would not let a man open the door for us because we can do it ourselves. Well that’s if the man wanted to open the door in the first place. Are we killing chivalry ourselves or has chivalry been dead long ago which led to the birth of Miss Independent?

I think I have become Miss Independent without realizing it. I grew up with the idea that I can do things for myself and I don’t need to rely on anyone. It is a great way to think, but not in all situations and one guy in particular made sure that I got that lesson.

He took me out one evening and with no set plans, we decided to “bar hop” since I was new to the city. The first place we went to was very nice and we had a few cocktails. He paid the bill. We left for the second bar which was more of a lounge. I was hungry and decided to have something to eat. He was not hungry, so he ordered a drink. We ended up having a few drinks here. I was done eating but still enjoying my drink when he got up to go to the bathroom. I thought “hey this is the perfect time to pay for the bill without him knowing” and it will be cute to see his reaction. I was honestly trying to do something cute and romantic. So I told the waiter my plan and I paid as fast as I could. When my guy came back from the bathroom, he asked if I wanted another drink or go try another bar. I told him we could go somewhere else but first I need to use the bathroom. When I came back, he gave me a smirk so I figured he asked for the bill and the waiter told him it was paid. I started smiling and then he told me “you are laughing because you know what you did”. And then his face got serious and he gave me the talk about making him feel less than a man. He said he is supposed to take care of the lady and that I should never do that again. So in my head I said “…well there goes my effort of trying to do something cute”. Needless to say that this was the discussion for the rest of the night.

Was it that serious? I wondered as I got home that night. What was even paining the bros more? Was it that I paid a bill in front of people? Did I bruise his ego? What was it? If you ask me I will say I did not think it was that serious. It was just a way of surprising him and doing something cute but I think I need to stop doing that or should I? I mean is it wrong for a woman to pay for a date if she wants to? I always ask friends around me before I write about a topic and some friends told me “you need to let a man be a man”. It’s not like he would not have paid in the scenario I described earlier. But does “being a man” mean you have to always pay for dates? If that’s what it means then I understand the hype of “Netflix and chill”

And then we have those men who will totally take advantage of the Miss Independent to the point where I might as well label them as Mr Dependent rather than what social media calls them “F*** boys”. At the end if feels like being too independent is a loss-loss situation because on one hand, you pay and he gets upset because he is too “macho” or you pay and it turns into a habit where he always expects you to bring out your wallet. I know there is always a happy medium but with most people that I have tried this with, they ended up either being too comfortable with me always taking the bill or they just were offended by the act. It’s tough to depend on people when most of your life you have had to do it on your own.

I always tell my friends that when you go on a date, make sure you have money to pay for yourself and the other person’s meal in case something “funny” happens. I am learning to let the bill seat for at least 1 minute before reaching for it. And if it is the first date and I pay the bill, it will probably just be the last. I know some people will say “that is how you will miss out on Mr. Right” and my answer is that I am not looking for him.

I think there is nothing wrong with being Independent as long as it is not being done to prove a point. Have you experienced this before? And why do men get so upset when this happens?

Obianuju Ndaguba: 5 Things I Have Learned From My Long Distance Relationship