With the seemingly growing number of Nigerians suffering from depression, Charly Boy touches on a very relevant topic in his new article. 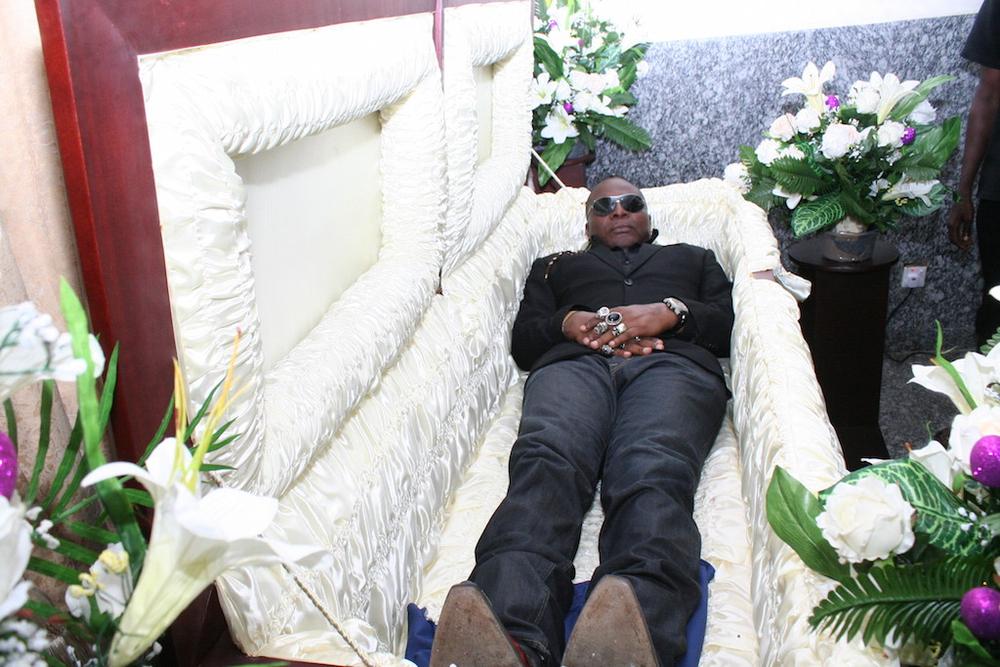 I was in the studio listening to the sound I tried to put together the previous night. The security personnel came to announce the arrival of my cousin Jimmy (not his real name).
Jimmy was one bubbly guy who was always ready to have a party. Always fun to be with; but on this very day, something was seriously amiss.

There was this faraway look in his eyes, obviously troubled by something. I instructed my studio engineer to excuse us so I could have a one on one with Jimmy. No sooner had he left, Jimmy turned to me and said, “Charly, tonight am ending it all, I can’t go on like this, am going to kill myself.”

Abegi stop talking nonsense, was all I could utter. I decided to probe further to figure out what was really troubling Jimmy.
He had lost a lot of money in the various business ventures he got involved with, his woman had left him and that really devastated him; but in my head that wasn’t enough justification for anybody to want to kill himself! Of course, I didn’t take him serious, I just tried to talk to him sharing my own problems with him in the hope of calming him down.

Three days later, I received the sad news that Jimmy had hung himself from his ceiling fan in his sitting room.

My heart was broken with the news, above all I felt so very guilty for a long long time. Perhaps I should have spent more time listening to him that day, who knows I might have been able to get him to see things differently.

Since then I’ve learnt to listen a lot more and counsel with a lot more sensitivity.

No one can ever truly phantom what goes on in one’s mind that will lead them to activate their own death.
Recently on the Internet, I came across the trending news about a 31 year old Danielle Saul who committed suicide because all her friends were married and she wasn’t.

The increasing wave of suicide cases in the country is taking a fearsome proportion and to say the least worryingly disturbing especially when you consider the age bracket.

People commit suicide for various reasons. Stress factors, like how they deal with their relationship issues, or how broken their spirit feels, poverty, even their mental state are the things that trigger suicide for some of us who can’t deal with the reality of living. As a result, in an attempt to desperately escape suffering or a troubling situation, they commit suicide.

Suicide is a growing trend in our country but hardly anybody seems to be paying attention, perhaps because of the stigma the society attaches to the challenge, largely associated with mental health.” Suicide didn’t just start to happen today but it is often considered a taboo for anyone to broadcast information about it. The implication of this is that it is under-reported and even the police do not get to hear about it because of the stigma attached to it.”

We all go through varying degrees of pain, of stress, disappointment, especially with the prevalent economic situation in the country; how on earth do we survive such situations?
Sometimes I wonder how much despair one needs to feel to get to that state of mind.

Therefore before we start to get judgmental, to say that people who go that route are cowards, let’s know that we all don’t have the same kind of strength or the same inbuilt shock absorber to deal with everyday issues that trouble us.

Let’s remember that some of us are dying in silence, depressed, perhaps already contemplating suicide.

Above all, let love lead in the way we interact with other people in their time of despair, let us be more concerned about the wellbeing of the next person. My advice however is that no matter whatever you are going through, there is always a rainbow after the storms. It will get better just as long as you hold on and believe. I am a living testimony to that. Your life is too precious! Na so I see de matter.

Emeka Talks: The Best Gift You Can Give Any Nigerian Right Now is a Keg of Fuel