Olajumoke Awosemo: Lavish Wedding or Not.... What Keeps a Marriage is Genuine Love 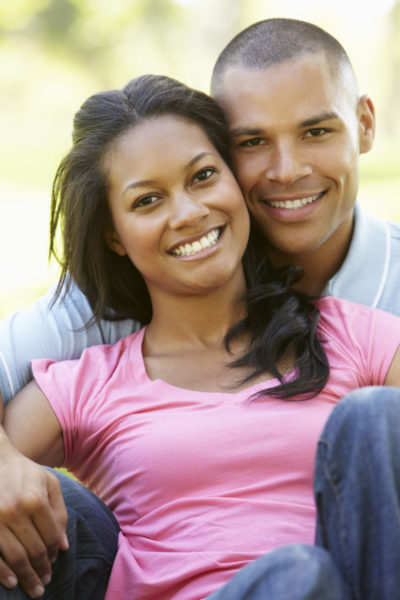 I recently stumbled on a comment updated on one of these strictly for ladies Facebook group pages about how wedding ceremonies are overrated these days, with too many side attractions that have no bearing whatsoever on the success of the marriage. The writer went further to say that it’s mostly all for ‘show off’ and concluded by saying that single brothers now have to keep up because ‘Bae’ has seen stuff on BellaNaija that she must do.

As expected, these remarks generated several hundreds of likes and diverse follow on comments. On the first note, I thought of how social media has made us all to be very unapologetically opinionated about anything and everything. Then it also occurred to me that it was Facebook that asked ‘what was on the writer’s mind’ hence the opinion. It wasn’t even so much as the main statements but the ensuing comments. Some people in agreement went further to question the importance of pre-wedding photos that have become the sudden rave of the moment and others wondered at the level of attention to detail seen at the recent weddings. The general opinions swayed towards these unions not being happy or even lasting at all.

I want to believe that it’s not a fair assumption to say that because a wedding was lavish, then the marriage is destined for doom. In simpler terms, that I decide to wear three different wedding dresses, hire the best event planner and have all my girls do a serious Beyhive-like formation behind me does not mean that I haven’t sought God’s face alone and with my husband to be. It doesn’t imply that we haven’t attended intense counselling sessions and have both promised to put all that we have learnt to use and also keep learning in the marriage; our fasting won’t show in the pre-wedding photos, nor would the educational books that we have read to prepare ourselves be highlighted in the wedding program.

There is absolutely nothing wrong in desiring and having a big wedding if the couple and their families can afford it. Parents who are exceptionally proud of their children could decide to spare no cost at giving them a grand wedding ceremony with their clean and hard earned funds. Couples could agree to save up to pay for their desired wedding ceremony. It doesn’t mean that it’s a misplaced priority. The point is that our priorities as individuals are just different. I know some friends who asked their parents how much they were willing to spend for their wedding and they collected these funds from their parents and decided to start a decent life for themselves- in general, it is a case of each to his own. It is also interesting to note that even guys these days seem to be enjoying the whole pomp & pageantry associated with weddings. Ask me which guy doesn’t like his men all flanked around him – whether in the Yoruba demon Agbada costume or with the beautiful wrappers tied around their waist. It is not always the case about pitying the single guys. What’s there to pity if the man also wants it?

Do I agree that some people just do these things to keep up with the Joneses? Absolutely! Am I aware that some run into millions in debt just to have these one/two day shenanigans? Of course but that is left for them to carry their own cross. A gist was told of a couple who were still paying up debt from their weddings as at the naming ceremony of their first child, more than a year after the wedding. That makes no sense at all.

The point here is that marital bliss or lack of it has absolutely nothing to do with the lavishness or simplicity (low key-ness) of the wedding ceremony. People with very low key weddings also have marital issues or even divorces. We only hear news about the failure of the big weddings because they were made public in the first place.

Nothing in life is set in stone. Whether or not the wedding was lavish, what keeps a marriage going is genuine love and reverence for God, conscious commitment on both sides and an enduring friendship. It is best not to stand in the place of judgment and let each man do what pleases him or herself.

Bukunmi Ogunwale: The More You Look, The Less You See! My Experience with Online Shopping in Nigeria

Maria’s Matters by Maria Okanrende Launches with First Episode, “5 Ways To Save Money In A Relationship!” | Watch