BN Book Excerpt: Breaking Through the Haze - How I Overcame Infertility by Nneka Kyari 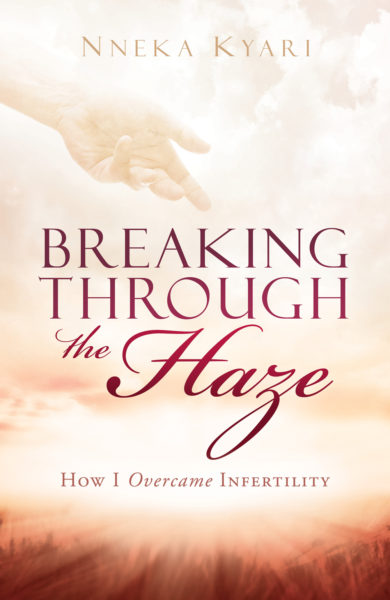 Infertility is a hot button issue in Nigeria, with thousands of couples  struggling to get pregnant. This can be a very harrowing journey.
Nneka Kyari‘s book “Breaking through the Haze” takes us through her journey from infertility to motherhood. Nneka was on the cover of ThisDay Style this weekend and she shared her story there.

Read an excerpt from her book below:

Two red lines! I look closely at the test strip, not sure at first if I believe my own eyes. I’ve never seen this result before on one of my pregnancy tests. In fact, I’ve never even seen a positive result on an ovulation strip. Now that I’m examining it carefully I can see that the control band is a bold line and the test line is faint.

Is it too faint? My heart is racing, unable to slow itself while I’m so nervous and excited. It might not be accurate—and with my past, it’s hard to believe that it is. “I should try it again with another strip,”
I think to myself. So I pull out a second test and dip it once again into my much-cherished urine. It’s four in the morning one August day in 2011, and I’m awake because I want to get this test right. Early morning urine gives the most accurate reading for a pregnancy test because it contains the highest concentration of human chorionic gonadotropin (hCG). At the beginning of a pregnancy, it can be hard to detect hCG, so it is even more important to check early in the morning.

Here I am standing in my bathroom before sunrise, hoping with all my heart that I’m finally pregnant. My husband Zachary is still asleep in the bedroom, but that won’t last long if the second test comes out the same as the first. As soon as I confirm the results, I’m going to wake him up so we can celebrate together.

The second test strip is finally ready to be checked. When I look, I see exactly the same thing—one bold
red line and one faint red line. I can feel the blood draining from my head, and I’m getting faint. “It’s consistent,” I think to myself. “Has this day finally come to pass?”

I believe it has come to pass. The day I’ve been waiting for when I will finally find out I’m pregnant. I can almost hear the sound of my own heartbeat.

I open the bathroom door with one hand, still holding tightly to the test in the other. Walking into the bedroom I switch on the light and go to Zachary in bed, lightly tapping him on the arm. My throat is so dry I can barely speak, but I manage to get the words out.

Suddenly alert as day, he asks, “What?”

He blurts out, “Of course you are!” He’s speaking completely out of faith; there is no doubt in his mind that our prayers have been answered. Smiling, I reach out to show him the test still in my hand.

Smiling, Zachary says, “Thank You, Jesus.” Still, he suggests that we do one more test, just to be sure. I get a third test strip and go through the process one last time. The results are the same.

We are finally pregnant, and we cannot stop thanking God for the miracle of life finally growing inside me.

Chapter 1 – ROUND AND ROUND THE CIRCLE

After that third test result confirmed I was pregnant, my husband left for work filled with joy, but calm. I found myself in awe and sat down in the living room to think over the long journey we had been on to come
to this day. I was dazzled, triumphant in a battle that I never thought I would have to fight, a battle I didn’t know how to fight and didn’t feel equipped for when it started. 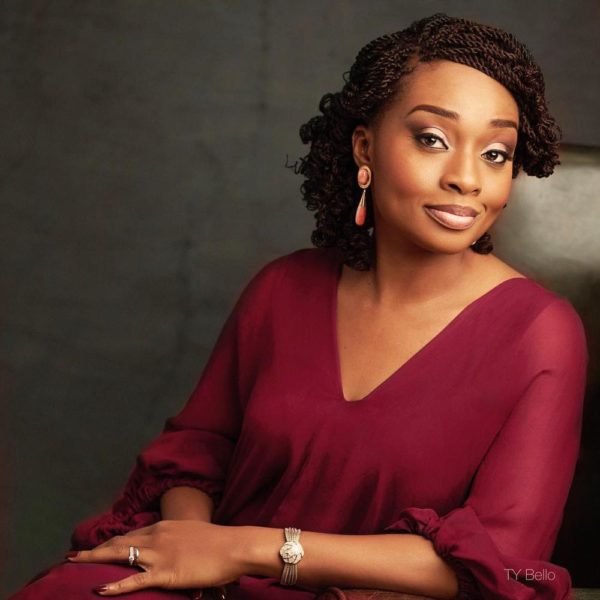 You see, I never thought I would have to deal with infertility. It was a completely unexpected challenge, one I never saw coming. When Zachary and I got engaged—and even after we were married on August 25, 2007—we never made a point of praying about pregnancy, assuming it would happen in due
time. Perhaps I thought it was a given that I would simply get pregnant without challenges because I
was still a virgin when we got married. But I was wrong, and I was in for a roller coaster ride—an
experience that would change my perception and my life forever.

My husband and I had no intention of trying to have a baby immediately after our marriage. Zachary had taken a new job that required us to move to a new community on Bonny Island where his new office was located. We wanted to take time to settle in and get to know our new town before we had children. Not being settled didn’t fit into the plans I had been making for my children since I was a teenager. I planned to have God-fearing, intelligent, well-mannered children, so I knew I needed to be ready for them before bringing them into the world. Growing up in Lagos, the financial centre of Nigeria where everyone is so busy, I saw the harm of relegating child upbringing and family time to the back seat, while the pursuit of money wins.

Besides needing to get to know our new hometown, I was also planning to work before having children and was in the process of looking for a job. With so much going on, having children wasn’t a top priority at the time. We weren’t actively preventing a pregnancy, but we hoped it would happen at the right time, when we felt completely ready.

A few months into our marriage, though, Zachary thought I must be pregnant already because I hadn’t had my period. When he asked me, I answered him out of my naiveté and ignorance: “Oh no! I don’t think I am. It’s just how my cycle is—I don’t menstruate every month.”

It had been like this since I was a teenager, my cycle growing more and more erratic, but I had never given it much thought. As ludicrous as it may sound, I had never considered it to be a sign of infertility. I’m not sure why that never occurred to me, maybe because I didn’t think about pregnancy much. But Zachary immediately realised that something was wrong and suggested we visit a doctor for advice. That was the first step on my journey to overcoming infertility.

BellaNaija will share more of Nneka’s story soon. Our hearts are with all our reader who are trying to conceive. We pray that your dreams will come through soon. You can read some of the inspiring stories shared in the Nicole the Fertile Chick Series.