Life Hacks With Toby: Bring Back Outdoor Playing to Our Primary Schools 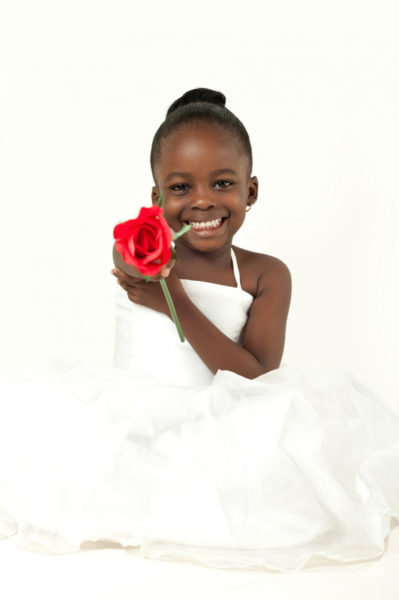 My little brother who is also the last in our family is a bit fat. A lot of people usually ask him the annoying question, “what are you eating?” Other times, the question is targeted at us, “what are you guys feeding him?”

I have also wondered the same thing, because it’s not like he eats that much. Recently while I thought about it, I got my answer. The reason my brother is that plump (yeah, that’s what he is. None of that baby fat will escape puberty), is because he is missing out on most of the childhood games those of us that grew up in the 90s enjoyed.

You see, my brother was born in a period where almost every room in the house has its own television set and DVD player.

He was born when anyone can have access to DSTV even if all you have is #1000 per month.

He was born at the time when with #200 you can buy a DVD plate that contains more than four hours of Barney, Ben 10, Tom & Jerry, or any other cartoon.

He was born in a period when you can play games on your personal computer, and not at the gaming parlour where you pay #10 for each session. (Yeah, we used to pay #10 to play Sega and P.S 1 games per session back in those days.)

He was born at a time when one can easily put on the generator in the afternoon just to watch a TV program, a football match, or a movie.

My kid bro was born when you can open a laptop and get lost in it for three straight hours because there is a lot to keep you busy other than Solitaire and other card games.

He was born at a time where you can take your parents’ phones or your elder siblings’ Tabs and play games, or watch movies and pictures all night long.

He was born in a period where playing had been reduced to sitting down and pressing a couple of buttons on a particular machine, and watching a screen.

What things used to be like
Not like we didn’t have televisions back then o. But watching TV for us then, was just Tales by Moonlight, or funny programs like Masquerade and Papa Ajasco which was usually between 7:30-8 pm, once a week.

You see, I never had the ‘opportunity’ to be fat while growing up. (Now that I think about it, maybe fat just no dey my gene sha) No matter how much I ate, I just couldn’t get fat.

I still remember our primary school break sessions. Heck, I looked forward to hearing the bell for break ring. Who didn’t?

It was our opportunity to eat, but most especially, to play our hearts out. And for some of the stubborn ones, it was equally the chance to finish the fight that started brewing inside the classroom.

I had my own share of the fights, the plays, the laughter, and the cries. I played so much that I became a concern to my teacher, my parents, and some of my older cousins.

I still remember one of them scolding/advising me at a time and telling me something like, “Toby, what is wrong with you? I ma kwa n’obu nwa lecturer ka I bu?” (You no know say you be lecturer pikin?) I think that was the day I had played football so much that I was covered with sand, and my shorts even tore.

Yeah, I was a nuisance. But somehow, I still managed to do well in class. And honestly, I don’t know why. I mean, I can’t really remember going for extra lessons, or even studying my textbooks after school. (What I remember reading were novels like ‘Treasure Island’, ‘Pace Setter Series’, and all them ‘African Writers Series’.  Post for another day)

Reading my textbooks/notebooks during the long holiday was like a taboo for me. But somehow, “Edet Lives in Calabar”, and other Mr and Mrs Salami passages are still fresh in my mind.

So did playing make me dumb? Mba! No! Tufiakwa!

These things are gradually fading away
These days, primary schools don’t even have enough space for kids to play. Lots of primary schools have German floors instead of sandy floors. So our kids can’t really play, else they will sustain injuries. Break time has turned to time to eat and then do assignments.

I visited home one day, and I did a front and then a back spin in front of my kid brother. The amazement in his eyes was overwhelming. He kept begging me to teach him how to do it. I did my best though, but these are things he could have learnt easily if they were at least allowed to play during their break periods.

But the one wey pain me pass be say, em no dey play football. Football! If you stop a boy from playing football, what else should he do? I mean, I bought a football for my brother (among other things) when I visited during his last birthday. Unfortunately that football and the one before it just dey occupy space for that house o, nobody dey play am.

In all fairness, I must admit that my younger siblings are very intelligent. I am amazed at the kind of things they are taught in school. But is there no way to balance these things with physical education?

I used to think that the development of children involves not just their mental prowess but also their physical and physiological development. Should the focus be on one aspect of their development and not the other?

The last time I checked, some of these childhood plays are equally educational (correct me if I’m wrong). I mean, I wouldn’t be able to list the seven rivers in Africa today if not for the childhood chant, “Nile Niger Congo Senegal Orange Limpopo Zambezi. Azikiwe Awolowo Tafawa Balewa Onye ocha wepu aka n’okpu eze” (White man remove your hand from the crown)

I am not an activist o. But please someone should look into our primary school systems, and for what it’s worth let’s Bring Back Playing to our Primary Schools.

Okay enough of the seriousness. What can you remember about your primary school days that still make you smile today? Do you have kids or nephews/nieces who don’t play? What’s your opinion about it? Professionally speaking, is it wrong to allow kids to play? Does playing enhance mental development or retard it? Let’s discuss in the comment section.