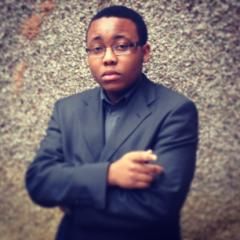 Nigerian man Uche Ejimonye, 20 has been handed a life sentence by Judge Wendy Joseph, who said he would serve at least 22 years behind bars for stabbing his 17-year old acquaintance known as Vasso Kakko to death in Holloway, North London on November 23, 2015.

Vasso reportedly died 35 minutes after he had his jugular vein and carotid artery snapped and was stabbed in his lower back.

Speaking during the trial, Ejimonye admitted stabbing the victim but denied the charge of murder, saying he acted in self defence.

Ejimonye recounted an incident weeks before the stabbing that led to his being stabbed in the leg by the deceased.

“He would always be saying ‘You don’t get money, you don’t get girls’ – degrading things.

When we were arguing he took out his phone and tried to snap my head shape.

He was trying to video my head shape and put it on Snapchat because I’ve got a ‘meat head’ according to him.

I threatened to bang him in the face if he didn’t delete the video, then he got quite angry and took out his Taser.

He threatened to Taser me with it – because I felt intimidated I got out my knife,” Ejimonye said.

According to Ejimonye, Vasso left and returned with his own blade resulting in him (Ejimonye) being knifed in the leg.

Ejimonye said that the next time he saw Vasso, Vasso said that he (Ejimonye) ‘violated him’ by pulling out his knife on him. He also claimed that Vasso threatened to kill him if it happened again.

Eyewitnesses told the court that there was no sign of argument or fight between both of them when he attacked the victim.

To understand how he came to die, one must go back to the last day in January 2015 when Ejimonye was the victim of a knife attack – I make it absolutely clear that no one involved in this case was anything to do with that attack.

On his own account, the defendant thereafter always walked around with a large kitchen knife and I am satisfied on his own evidence that on more than one occasion he produced that knife.

He seems to think that was all fine because it was only produced when he felt he might be in danger – I must emphasise that is absolutely not fine.

The choice of circles he mixed in put him in danger, he could have stayed away from those circles but because he wished to deal in drugs he continually went to these estates and continued to mix in these circles.’

I accept that the defendant didn’t plan to meet Vasso Kakko on that evening, but in my view he knew that in going to the area he did, for the purpose he did, there was a good chance he would come across Vasso.

It’s difficult to grasp the full impact of what happened the night Vasso died – I have no doubt that the impact is not only profound but permanent.

Not only is a boy of 17 dead and his family devastated and unable to come to terms with the loss of his young life but it must also be said how much the family of the defendant himself has been affected by all of this.

Whilst I accept that words were exchanged between you and Vasso that evening I do not find anything that happened in the square (where Vaso fell) that night offered any sort of provocation to act as you did.”