Man and Woman Remanded in Prison for Fighting over Sex 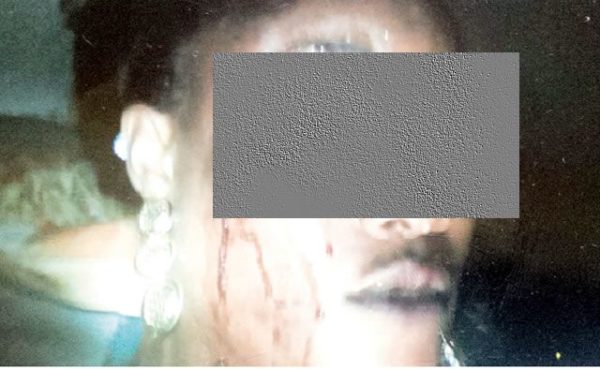 A man and a woman were arraigned on Wednesday on four counts of assault and conduct likely to cause breach of the peace before Magistrate A.A. Adefulire of a Tinubu Magistrate’s Court in Lagos Island.

Emem Asuquo, 31 and Olugbenga Yakubu, 51 had an altercation after Emem insisted that Yakubu use a condom before having sex with her. It was reported that he declined the request.

According to PUNCH, Yakubu, a civil servant, while driving along the Lekki-Epe Expressway at about 7PM on July 6, offered Asuquo, who was going towards Lakowe in Ibeju-Lekki, a ride.

It was reported that they exchanged phone numbers and agreed to meet later that night.

He reportedly picked Emem who is said to be a hairdresser at her home in Ajah around 2AM the next day and took her to his house on Adeyinka Oyekan Street, Abraham Adesanya Estate, Ajah.

According to Emem, “On getting to his house, he entertained me after which we went inside his room. He said he wanted me to have sex with him. I told him I would collect N30,000 and he agreed. I asked him to use a condom but he said he did not have one. So, I told him to take me back home in his car”.

Emem said he dropped her at VGC roundabout, saying that he did not have enough fuel in his car. She added that she called a taxi driver to come pick her up and told Yakubu to wait for the taxi driver to come before he leaves. That was when the fracas ensued.

“When he refused, I removed his car key. He was beating me when the taxi driver and two others arrived and they intervened. He injured me in the eye. I also used a stone to smash the windscreen of his car,” she added.

Emem was later arrested after Yakubu reported the incident at the Ajah Police Division. Yakubu said in his statement:

She followed me to my house, but refused to make love with me after buying her drinks. At a point, she started screaming that I should take her back to her house. When we got to the roundabout, she removed my car key and held my shirt. Two men and a lady she called came in a Golf car and started beating me.

I held Emem by the hair and began punching her while the two men did same to me. In the end, they injured me and broke the windscreen of my car.

A police prosecutor, Inspector Philip Osijale subsequently arraigned both of them before the court.

That you, Emem Asuquo, and others now at large on July 7, 2016, at about 3.30AM at VGC Roundabout, Ajah, in the Lagos Magisterial District, did willfully damage the windscreen of one unregistered Carina E with a stone.

That you, Olugbenga Yakubu, on the same date, time and place, in the aforementioned magisterial district, did unlawfully assault one Emem Asuquo by hitting her with a fist blow in her left eye, which did her harm, thereby committing an offence punishable under Section 171 of the Criminal Law of Lagos State, 2011.

They both pleaded guilty to the charges. The Magistrate Emem and Yakubu to N500,000 and N200,000 bail respectively, with one surety each, adding that they should be kept in prison until they perfect their bail conditions.