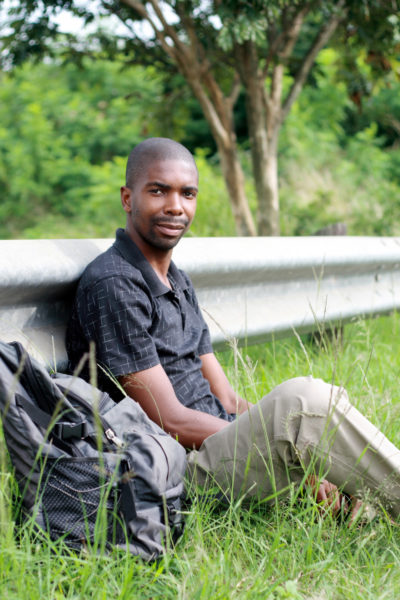 In August 2014 I got a letter that blew my mind completely: my application to York University, Toronto had been accepted. As in, I was admitted. The next few months were a maddening blur. I still had to finish NYSC, still had to work, still had to fulfil my commitments at church. The con-stant song at the back of my mind was: I’m going somewhere else.

I was truly excited even though all my friends told me it didn’t show on my face. How exactly does it show on your face? Would I be constantly smiling just because I’m going to school? Or should I get piercings to show I would soon be an Americana? There were the sad things to think about to. I’d be leaving my friends; all the fun places we used to hang out together in Abuja: the literary society; the long drives between Abuja and Kaduna. And I’d be leaving this amazing girl I just started seeing. This life ehn?

My friends in Canada had warned me about the weather. Oh, the Canadian winter is terrible! Summer is okay! But the winter isn’t like any other country! The North Pole is in Canada! So me, as a Ninja Warrior, I decided to go and face the worst weather first. Let me kuku suffer now so I know the worst is over.

The day I left, things were quite strange. My dad insisted that we’d leave for the airport really early. Like 4 hours before the flight. Which was very strange because I live just 15 minutes from the airport (no matter how bad traffic is I’ll be there in 30 minutes). When I complained he asked me “are you the owner of the road? are you Goodluck Jonathan? so if today something goes wrong and the road is blocked, do you have escorts to clear the way for you? “

As soon as we got to the airport gate the car just turned itself off. That was completely weird because that car had worked perfectly until that moment. My dad is the kind of guy that insists on “servicing” his car every 3 months and so it was weird. The car kept jerking on and off. We would “manage” it for like 30 seconds at a time before the engine would die. That’s how we managed until we got to the terminal and I went to check in my luggage at customs. They would later tell me that the car started working fine after I left.

Strange huh? I know, me too I thought the “village people” must have heard I was travelling 🙂

I flew economy and I was too excited to care about the cramped seats or the annoyingly limited entertainment options. There was a 4-hour layover at London.

When I got to London, I was highly disappointed. In my mind, I asked myself: so you mean this is THE Heathrow? Once the most advanced airport in the world? Really? Nothing looked out of the ordinary. Well, except that the Nigerians I flew with became progressively calmer as we flew over France and began our descent into Lon-don. The same folks that were flexing their social status at the Nnamdi Azikiwe airport, Abuja (shouting things like “do you know who I am? Don’t you have eyes? Mind yourself!”), suddenly became courteous and started throwing “no, after you. I insist” all over the place.

My mother was worried for nothing. She’d told me several times, “follow the yellow signs. or the purple signs. For whichever terminal your flight is connecting from”. Pretty easy stuff. It almost sounded like she was quoting The Wizard of Oz. Follow the yellow brick road.

While I waited for my flight, I took a walk around the duty free shops, drawn past the shops with fancy gloves costing €300 and the candy shops to the WHSmiths bookshop. My eyes feasted on an amazing selection of books, things I would probably kill for back in Nigeria if I had to choose. But I wasn’t about to start spending money anyhow so I settled for “The Little Book of Big Thinking” by Richard Newton. I imagined I would look impressive brandishing it for every-one to see.

So here I was, waiting to be impressed, waiting for some impressive technology to confront me – sometimes, letting my imagination run wild. Maybe their scanners will mistake my garri for cocaine. Maybe I forgot a blade in my bag and the X-ray machine will pick it up and they’ll mistake me for a terrorist. Strangely no alarms went off as I passed through the scanners. Immigration was a breeze. Maybe that was another disappointment. I’d heard so much about people wasting time on queues, Nigerians getting harassed because of their green passports…but nothing of the sort. No laser passport scanners, no security wands, no frisking at the exit. Am i missing something?

After wandering around for 3 hours, I joined my connecting flight. This time I noticed how tiny the seats were and how narrow the aisles were, like they were planning for only children. The second leg took another 8 hours. We finally touched down at Toronto Pearson Airport.

Pearson airport was even more disappointing- there were no yellow or purple signs, just signs reflecting Canada’s maple leaf motif. No cute waiting areas. Nothing. Just very polite immigra-tion agents patiently asking questions even though it was 8pm. I checked the temperature on my phone and it read -2 degrees. In Nigeria the lowest temperature i ever saw on the thermom-eter was 16 degrees. And that’s because the AC was turned down to the lowest. I felt really awesome. -2 degrees and I don’t even feel cold. I was truly born with Ninja blood I thought to myself.

As I waited for the airport shuttle to arrive, i tried to enjoy the excitement. I’m really here. Not one of those dreams. The air was chilly. I tried to blow to keep my face warm…and i savoured the steam that poured out…just like I would Nigeria’s harmattan.

But there was no snow. Such a huge disappointment. All these years that I’d imagined what snow would feel like and taste like…and there’s none to even welcome me. Which kind of Yeye Christmas is this one?

It was at that moment that I noticed a tingling sensation in my fingers. My gloves were clearly not working. The tingling grew until my fingers froze- as in, completely lost all sensation. I started pacing up and down to see I would get a little warm. Just then I spotted this girl coming out of her car wearing just a bikini.

Debbie Larry-Izamoje: Do We Value Only the Things We Struggle For?