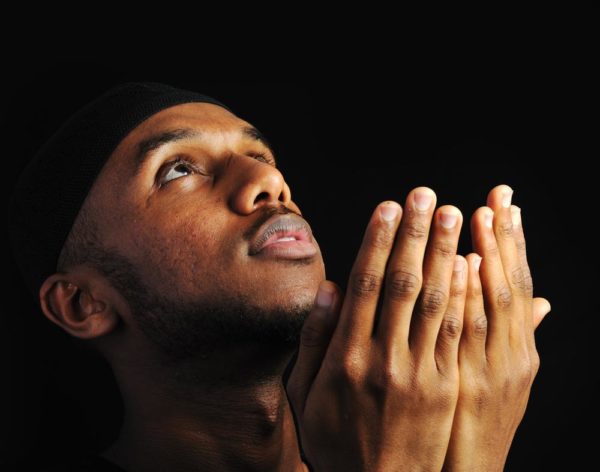 “In da morin, early in da morin, in da morin, I will rise and praise da Lord…”
They clapped along, tenor and bass, warming their vocal chords. It needed warming, after all for some of them.
“My brothers, let us begin to tank da Lord…” JayZ urged.

His eyes were blood shut, he snapped his fingers and turned his head from side to side, the spirit was moving, alleluia.

It was the midweek fellowship of Ketu-Ojota route danfo drivers. The routine was the same every wednesday morning, a driver led the prayers at 4:30am at the bus park. It would start with praise and worship, and end in energetically rendered murmurs to prayer points.

Today was different, morale was low.
It was the first Wednesday after petrol became an official N145. The breeze whirled around the semi circle they had formed, the drivers who were running late were busy cleaning out their buses. They did it as quietly as they could, throwing in an ‘Amen’ every now and then. A cock crowed nearby, it would soon be time to round up. Those Victoria Island office rats would soon be out, one wondered the time they woke up to be on the roads as early as 4:45am.
“My brothers, pray against Lastma today, they shall not locate you in Jesus name!” JayZ urged.

Holy prayerful murmurs began, fiery, fast, sending their earnest desires up to the one who created the heavens and the earth.

Zubby opened his eyes. LASTMA? They were not smiling anymore. One of them jumped into his bus yesterday and he lost the entire day’s earnings. What had he done sef? Nothing. Just chinchili dropping of that yeye girl at a junction on Ikorodu road that wasn’t a bustop. Ambode needs to hold those his bastard children. The bitterness spread and soured his mood, the devil won, he wasn’t interested in praying anymore.

“My dear conductors, nobody will cheat you in your calculations today, praaaaay brothers…” JayZ urged.
Sparkle opened his eyes.

A lady had entered their bus yesterday, well dressed, but she didn’t pay and she knew it. Yet she spoke foneh and had screamed when he demanded his fare
“How dare you insult me like that, you, gutter swipe?”
Gutter swipe? Over N150?
“Infact drop me at Obanikoro, idiot” she barked

He had tried to block her way, she yanked one layer of his bling necklace off. Didn’t she know that was how he earned ‘Sparkle’? He was yet to recover from that when she raised her hands and landed them on his cheeks. He cringed at the remembrance of the embarassment. He was done with these prayers, his mood was dampened.That girl sha, may her shine forever be dulled. He stifled a hiss.

“My brothers, our vehicles shall not break down or have accidents, pray” JayZ urged further, still swinging his head left and right and snapping his fingers.

Akpako opened his eyes.
It was a wonder to all when he began to drive to the park early to join in the prayers.

Akpako was Akpako, the young female petty traders testified, some hawkers too.
“If Akpako finish with you and you stand up and walk before one hour, then my name is not *insert name* anymore”
One demon had started disturbing his bus, just last week it had returned from the mechanic, let us not count all the mishaps of the weeks before. He had even jammed one end of discussion and the owner collected every single dime her car would need.

And that was how he had come here. He remembered that he owed Taju N20,000. He despaired at the thought. He was no longer interested in praying, calculations of how many trips he would make before 10:00am plagued his mind. He didn’t want to see the mechanic’s threat of involving agberos come to pass.
“In Jesus name we pray!” JayZ thundered
“Amen!” they chorused

Skido, Man know man, Papa T, had opened their eyes, as well, their own worries too vast to narrow down to one.
One thing was the common denominator of their new fears and worries, Petrol was N145 per litre, a whole one hundred and forty five Naira.

Not a kobo less.

Chika Uwazie’s TalentBase: 4 Ways To Sell Yourself During An Interview & Get Hired

Collection Conversations with Eki and Richard: “Make sure your collection tells your story”

Achalugo Tomato-Jos Ezekobe is paid to run around for clients as a Legal practitioner in the day time, and runs around her three children in the evenings, for free. She enjoys evenings of Chess or Ludo, and would occasionally engage in Playstation affairs but with children, who would believe her when she says “I let you beat me” She covers up the real work behind running a family by sharing them in witty and often humorous pieces on www.achalugowrites.com.