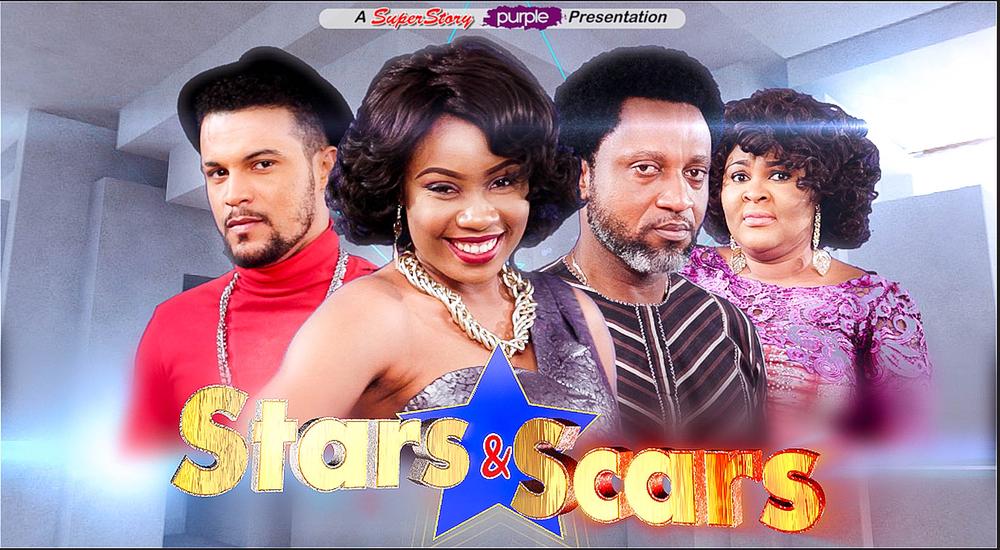 Stars & Scars, takes us through a journey in the lives of a celebrity couple; their struggles, the intrigues behind the bright lights and the undercurrents of a dark side.

Cherise remembered how it all started between herself and Bobby and how he persuaded her along the line to drop her singing career and concentrate solely on managing him. On watching Castro’s interview, Bobby got angry and stormed out of the house. Cherise on the other hand listened to Castro’s interview on radio and got worried as to what might be Bobby’s reaction when Castro promised his fans a music video of their collabo. Meanwhile, Mabel still battled with financial crisis as she owed her thrift soceity some amount of money.

After the fight with Castro, Bobby decided to quit the Record label and start up his personal label but after Cherise outlined all he stands to lose by just making one wrong move he changed his mind. The money Mabel owed the thrift society weighed her down, and Segun promised to get the money. Meanwhile, Bobby has commenced his Energy Spark endorsement shooting, though Weyimi, (MD of Energy Spark) who was present during the shoot seemed to have something up her sleeves. Castro apologized to Bobby and they both decided to put the beef behind them. Castro also sought Bobby’s approval for himself and Cherise to perform live on stage as their song has been nominated for an award, surprisingly, Bobby agreed

Segun payed the debt Mabel owed the thrift society. Cherise suggested they contact Castro regarding their upcoming live performance but Bobby saw no need for that, he also went ahead to say that his makeup with Castro was just a make believe and forbade her from performing live with Castro. Weyimi made advances on Bobby but he wards her off. Ayoka (Segun and Mabel’s second daughter) performs excellently during the state common entrance. Segun brags about this to his colleagues who mandated him to celebrate the child for the huge success. Bobby narrated the ordeal with Weyimi to Cherise who found it rather funny. Meanwhile, Bobby promised to organize a party to mark Ayoka’s success