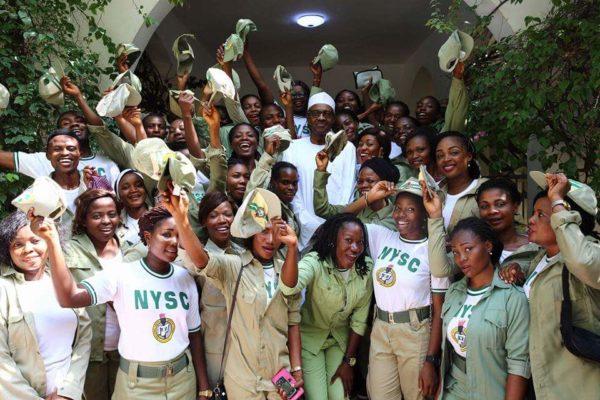 President Muhammadu Buhari on Tuesday urged Nigerian youths to remain focused in life, pursue their dreams and reject those fanning embers of discord and disintegration of Nigeria.

This is contained in a statement issued in Abuja by the president’s Senior Special Assistant on Media and Publicity, Garba Shehu.

Buhari made the call when he received more than 100 National Youth Service Corps (NYSC) members serving in Daura Local Government Area of Katsina.

The President, who received the Corp members at his residence in Daura, urged them to make Nigeria great again through pursuit of knowledge, patriotism and commitment to values that promote national unity.

He pledged his unalloyed commitment to the unity and prosperity of Nigeria.

President Buhari, who specially recognised those corps members from the Niger Delta and South-Eastern states serving in Daura, praised the vision of former President Yakubu Gowon in setting up the scheme in 1973.

According to him, the scheme has creditably promoted national unity and cohesion by exposing young people to the uniqueness and cultural diversity of Nigeria.

“I asked for those from the other extreme of Nigeria because I very much appreciate the NYSC scheme and whenever I see General Gowon, I always thank him for that,” he said.

Speaking specifically to corps members from the South Eastern states, the President said: “tell your colleagues who want Biafra to forget about it.”

“As a military commander, I walked from Degem, a border town between the North and the East, to the border between Cameroon and Nigeria.

I walked on my foot for most of the 30 months that we fought the Nigeria-Biafra civil war in which at least two million Nigerians were killed.

We were made by our leaders to go and fight Biafra not because of money or oil, because oil was not critical factor then, but because of one Nigeria.

So if leaderships at various levels failed, it was not the fault of the rest of Nigerians who have no quarrel with one another.

So, please tell your colleagues that we must be together to build this country. It is big enough for us and potentially big enough in terms of resources.

Those who work hard will earn a respectable living. I have seen this country, I fought for this country and I will continue to work for the unity of this country,” the President said.

In his remarks, Egbewumi Adebolu, the Corps Liaison Officer in Daura, thanked the President for the honour of receiving them and making their stay in Daura memorable.

He said the youths strongly believed in the programme of the President to reduce unemployment and create jobs for more Nigerians.

Adebolu thanked the President for his personal gifts of cows, bags of rice and cash to corps members in the community for Sallah celebration. 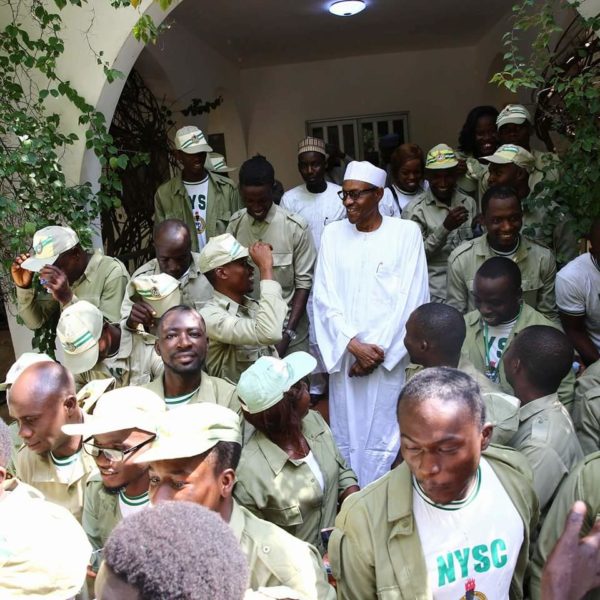 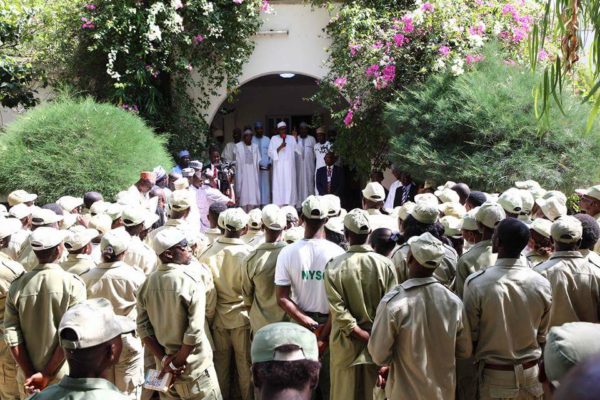 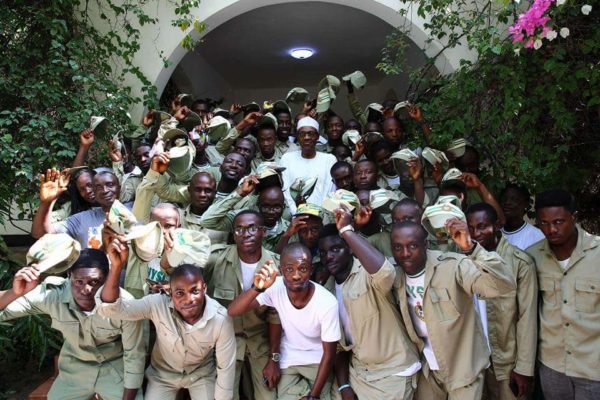 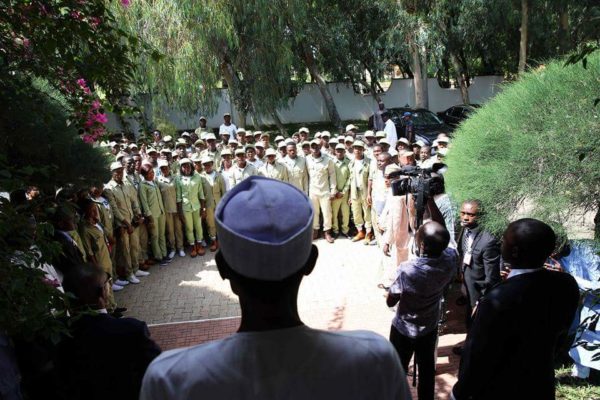