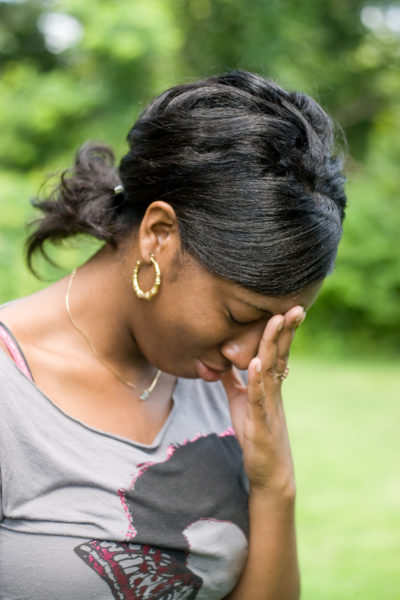 Aunty Bella is our  agony aunt column on BellaNaija. We launched this column in the early days of BN and periodically feature issues sent in by BN readers.We hope the BN family can offer insightful advice.

***
Please BN, help me make sense out of my life because I am so confused. I was sexually assaulted by a close friend. He held me down and practically performed sexual acts on me. I had to go into hiding away from him because I was so ashamed. Never even knew I was assaulted until I went online and researched the signs.
I bolstered enough courage to confront him right in front of close friends and he denied everything. He was even laughing while denying everything. And that left me wondering if indeed it happened. I decided not to pursue it any further since I was told I have more to lose than him. We returned to being friends and I tried to block out
that memory.

I just discovered that all my friends think I am a liar. That I made up everything just to spite my close friend. And they want nothing to do with me. Even he that assaulted me told me recently that it took the grace of
God for him to forgive me. He told me that since Jesus has forgiven him, that means he did not do it. That it was the devil using him and he won’t accept that he did it. Yet he was concerned that no one should hear about it. He even called me sometimes to help quell the rumours when it was spreading.
But I am the victim here!

Should I not be the one doing the forgiving? I wrote everything down in my diary exactly as it happened and I swear
I am not lying. Yes I have told lies in the past but I cant hurt a friend with such
weighty allegations. I have known him for over 4 years!
How can I deal with the loss of friends after 5 years in school? Where do I start from? Why is everyone seeing me as the accused instead of the victim?

Help me make sense of this BN because I am beginning to doubt my sanity.

Narnia: Lessons From My Parents’ Divorce