Itua Iyoha: 3 Reasons Why Low-Carb Diets Pose a Serious Danger to Your Health 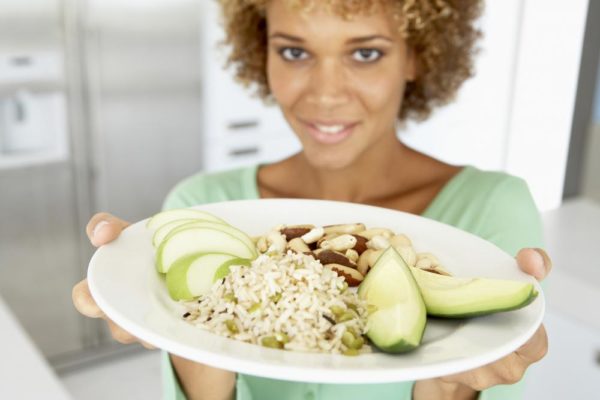 The first low-carb diet to gain widespread followership, the Atkins Diet, claimed that you could lose weight by tricking your body into burning fat instead of carbohydrates for energy. To achieve this, you would have to restrict carb intake to extremely low levels – basically starving your body of carbs.

In place of carbohydrate rich foods, Atkins advised increasing consumption of high fat, high protein foods – meat, cheese, fried foods, and so on. It’s not hard to see why this diet became so popular so quickly.

A diet that says you can eat all the bacon and deep-fried cheese you want while losing weight at the same time? It was a dream come true! And it actually worked; people were dropping weight like crazy. But it wasn’t long before the medical community noticed the health issues that came with cutting carbs. As far back as 1974, the American Medical Association issued an official condemnation of the Atkins diet. According to the AMA’s statement: “A careful scientific appraisal was carried out by several council and staff members, aided by outside consultants. It became apparent that the [Atkins] diet as recommended poses a serious threat to health”.

Sadly the Atkins fad is back in full force. It has turned even hard core jollof rice evangelists into cauliflower rice enthusiasts. Lately it’s not uncommon to hear people talk about ‘cutting out carbs’ or being on a ‘keto diet’ to lose weight. The Atkins diet goes by many names, but it is always the same low-carb-high-fat story, and of course always comes with the same health risks. Here are just 3 of the many reasons why low carb diets are a serious health hazard.

Severe nutritional deficiencies
Low-carb diets aim to induce a ‘fat-burning’ state called ketosis. In this state the liver breaks down fat to produce ketones which the body’s cells then use as an energy source in place of glucose. These ketones must be excreted by the kidneys, but in the process of flushing them out the body loses significant amounts of electrolytes, which contain important minerals like potassium, sodium, calcium and magnesium. Recognising the life-threatening nature of this side effect, Atkins himself advised his followers to take potassium supplements.

On top of that, the low carb diet requires one to restrict some of the most nutritious foods we have – fruits. Keto dieters must forgo all the cancer fighting, anti-aging vitamins, antioxidants, phytochemicals and other micronutrients abundant in fruit, simply because they are a major source of carbs. Keto dieters are actually advised to supplement a long list of vitamins and minerals to make up for the diet’s deficiencies. It goes without saying that a diet lacking in so many essential minerals and vitamins is a recipe for disaster.

Reduced cognitive function
The human brain is simply not designed to run optimally on fat calories. Researchers at the University of Pittsburgh School of Medicine found that a ketogenic diet caused a drop in cognitive performance in subjects placed on a low-carb, high fat (ketogenic) weight loss diet, compared to those on a non-ketogenic weight loss diet. Within just one week, those on the low carb diet found it difficult to perform tasks that required “higher order mental processing and flexibility”.

“But I need to lose weight,” you might be thinking; “if not low-carb, then what’s the alternative?” The low-carb diet may provide a viable solution for obese patients who require drastic weight loss to save their lives, under close medical supervision. But for someone who is just overweight and looking to get fit, there are far healthier, less drastic ways to lose weight and keep it off long term. The results may not be instantaneous, but the truth is that there is no healthy way to achieve instantaneous weight loss.

Eating whole grains, legumes, starchy tubers, lots of fruit and veggies, small amounts of animal protein and avoiding processed junk might not sound as edgy as the ‘keto diet’, but the overwhelming scientific evidence points to this as the healthiest, most balanced way to eat. Dropping excess weight is an inevitable consequence of eating a well portioned whole foods, plant based diet accompanied by regular exercise. Best of all, it is sustainable long term.

She’s so Adorable! Chrissy Teigen plays Dress Up with her Daughter Luna for Halloween

Work Mode with Brown Uzoukwu: 5 Attributes of a Loyal Employee

Itua (the Naija Vegan Chef) is a passionate food lover and nutritional health enthusiast. She advocates a whole foods, plant based diet for its amazing health benefits and the freedom to enjoy good food without guilt. Find delicious plant-based recipes made for Nigerian tastebuds on her blog,www.naijaveganchef.com.