Fumbi O: Letter to My Young Self...6 Things I Wish I Did Earlier in Life 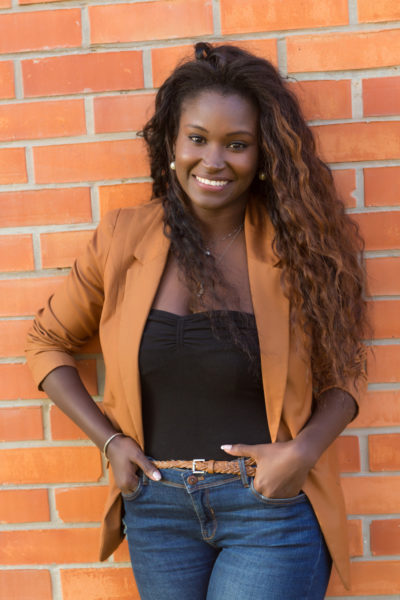 Growing up, owing to different reasons we took some things for granted either because we had limited exposure at the time, or our parents were not the experimental type or we grew up confined or we just thought “I’d face that bridge when I get there” and now we are at the bridge and we are like “yikes, should have planned on how to cross this before getting here”.

I had a good childhood, if I do say so myself. I can’t really complain about anything major. I was a bit entitled; there were holidays, hamper filled Christmases, my dad had the reward system for good results, my mum wasn’t and isn’t still very liberal, but you could get her to let loose once in a while.
In general, I’m grateful for it all; but, thinking back at it now there wasn’t a lot of talking especially about the future. There wasn’t a lot of, if any at all, experiments or explorations. There was so much you couldn’t say as a child either because of cultural ethics or spiritual caution. Parents saw some things as grown up problems so the child need not bother his or her little head about them

So I will quickly run through these things; please note this is not to say we should live in the regret of not doing any of these, but rather it’s more of a cautionary tale to those coming behind

Save
Many of us were taught to save only to an immediate end and not for the long haul. I remember growing up I had a “kolo” (a wooden piggy bank), and there I would save every monetary gift I was given and the occasional weekend allowances we got from my dad or the extra money from relatives any time there was an event and so on. The goal was always to use the money to buy a new toy, Christmas treat or birthday treat, so the savings were always for a short term especially owing to the fact that my mum would always come and say “quickly give me that your kolo money, I will give you back” and then fast forward to the proposed return date you’ll hear “didn’t I buy you a new dress the other day, or haven’t you been eating?” The shock and horror I felt every time she did this and still I fell for it too many times. Thinking about it now, I think that was just a mummy thing; they all seem to have that gimmick.

Invest
Investment, to a child especially in this part of the world, is like rocket science. It wasn’t just something we did. Those of us who were business-inclined, even at a young age, never really had a way of developing those interests properly.
It’s so cool how we now have wealth coaches who also cater to children, and we have money market instruments that parents can hold in trust for their kids. Just imagine if I had invested the termly 2,000 Naira gift I got from my dad for coming first in class, or the 10,000 Naira I gathered from all my dancing at my baby brother’s naming ceremony (I felt so wealthy that day ehnn ) but no, it all went into the next doll or mummy’s pocket. I remember that one time my dad told me he had taken the money I hid in his room in the bid to escape from my mum taking it o. He said he had used it to get shares for me, I was so happy, the joy of having a share portfolio even at the time excited me (I have always been a geek, so yes I knew about shares as a kid) Till today, I have neither seen the share certificate nor any dividend. Daddy well-done o

A friend of mine was telling me about his kid sister who was just entering the university and how she hardly ever goes on any of the summer holidays with him abroad and when I asked why he said she always got their parent to give her, her share of the money for the trip and she would save it, use a portion of it to treat herself here in Nigeria. She’d save the rest. He went on about how she planned on being a millionaire before she graduates from the university.
This thrilled me. I know that at a young age the thought of going to the UK or USA every holiday is a treat anyone can hardly pass on, but then what if I didn’t go on every single trip and saved up or better still invested a bit of all that flex money? Maybe, just maybe, I would be a richer adult now.

Learn a Skill
This again isn’t something parents would ordinarily do for their kids especially for more buoyant families, I think back then it was seen as a course of action meant for people who are less privileged or not school inclined but I dare say the rise of entrepreneurial exploits these days would definitely prove that wrong.

Imagine if every long holiday I had taken training(s) in sewing or bead making or leather works or baking or catering or decorating, any handy skill at all, maybe I would have gotten financially independent earlier in life.

It didn’t seem like a priority back then, because we all hoped to end up in a white-collar big money paying job, so on our “what do you want to be when you grow up” comprehension in English class we were either doctors or lawyers or bankers; for the more adventurous few they were teachers, pilots and so on. Up until recently, schools didn’t even have a lot of handy classes. Universities just started to imbibe entrepreneurial development courses in their syllabus to meet the present day reality

It is never too late to start these things though; age is never a barrier, but if you have the chance to start earlier in life please do it or as a parent please encourage your children to have a skill

Intern
We watch foreign movies and we see parents telling their 13 year old to go get a job or you see kids working while in high school, this were not permissible in our time. The thought of telling your parents that you wanted to get an after school job hardly ever occurred to any of us – let alone to our parents. It was all school and no work. Plus, there was this shyness of having your friends from school see you doing odd jobs, like being a waitress or a checkout clerk at the mall, even though these experiences could have gone a long way, we just didn’t see the need for it

Then fast forward to University, internships were only for people going on Industrial Training i.e. I.T, and I think I even had an earlier exposure to it owing to the kind of school I went to but many of us just didn’t make it a priority. Imagine if some of those summer breaks were used to work for free in a company or volunteer at an NGO,  may be it would not be so impossible to meet up with employers request for multiple years of experience for people under the age of 26.

Be More Assertive
As a said earlier, growing up there was a lot of dos and don’ts. They were things you couldn’t say even if it was the right thing because it would be rude or because a child shouldn’t correct an adult or because a child just had to accept everything an adult does or says; I think the African version of respect is highly oppressive/suppressive of children or minors.

Why can’t you call out a grown up for doing the wrong thing? Why can’t we say “Mum you are being unfair” and not be scolded for being rude? Why can’t a child give a true and honest opinion and not be discarded by adults saying “what does this one know”?

They were lots of things I had to pour out in diaries or rant about to myself just because you didn’t want to be termed as unruly and that was still with me having semi-liberal parents, I can only imagine what it must have been like for people with stricter parents. I noticed how people with less confinements grow up to be expressive adults and they have this air of confidence to them, they are not timid or afraid of anyone because they had been trained not to be shy of their opinion and that respect was more than just the words you say

Explore
I tend to use this word a lot because it connotes a lot of things. Trying out different things, making tons of mistakes and learning about everything. Going camping, swimming, having an early relationship, temporary tattoos, piercing, mountain climbing, karate classes and so on. I know some of these things are a no go area for most parents e.g. the having a relationship part of which I think 16 is a good age to start and be open to parents about it that way we have less sneaking around with dangerous consequences and better guidance (my opinion).

We all give ourselves personal boundaries and as we grow older we make new rules that are either based on our faith or our experiences; and from experience I have learnt that it is better to make these mistakes and test these waters earlier in life than being that person in your mid to late twenties who feels like you’ve gone by life too fast with no memories or adventures to hold on to

So Dear young self, you definitely left a couple things undone but the good thing about life is that it is never too late to catch up, you still turned out pretty cool just so you know. So, no regrets but rather look forward to a future for which you are better prepared and please live life to the best!

Share with me, what are those things you think you left undone? Or things you wish you did earlier in life?

BN TV: Can You Cook Stew For Less Than N1000 In A Recession? Find out with BattaBox