Lota Ofodile: What's The Best Way To Turn a Guy Down? 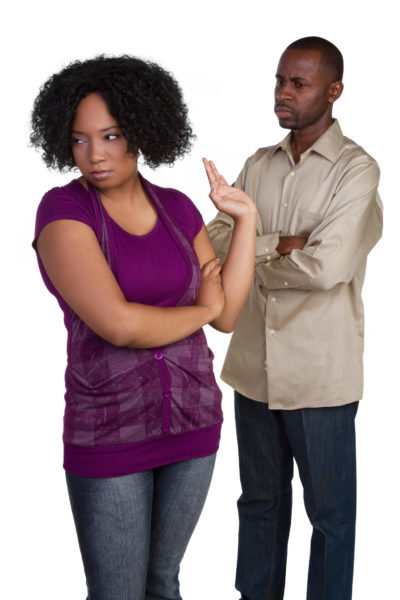 A very close friend of mine was recently in this predicament and I honestly didn’t know what advice to give her. Her case was quite special because the guy in question was actually a really good friend of hers. They had been friends for over three years and had grown really close, then he suddenly started wanting to spend more time with her, he texted her more frequently, gave her longer, more frequent hugs and so on—he basically gave her ALL the signs that he was into her! But my friend, being the special ode that she is when it comes to these things, didn’t take them to mean anything. I literally had to drum it into her brain that the guy was totally into her, and when she finally realized what was happening, she started freaking out. And I understood why; she didn’t feel the same way, she didn’t know how to turn him down, and she didn’t want their friendship to become awkward.

Luckily for her, it dragged on for just over two months. The entire time she acted cool like she had no clue what was going on—she was being passive about basically everything. He eventually got the message and backed off (even though I’m almost certain it wasn’t without at least one of his friends making him realize that she wasn’t into him and he was wasting his time). Anyway, that one ended, and fortunately for them, their friendship still stands.

But before all of this blew over, and in an attempt to figure out how best to let him down, we asked some of our guy friends how they’d prefer to be turned down by a girl they liked. We even asked one of our professors (a much older, but definitely one of the coolest guys I know) for his opinion, just so we could broaden the scope and perhaps get a very distinct opinion.
There were only three options that came up, and only one of them won the popular vote, my professor’s included:

Option 1 – Ignore the signs, pretend you don’t know what’s going on and hope that he catches on soon enough.
Option 2 – Brush it off casually and say something along the lines of, “I really enjoy our friendship and I like how things are between us”, OR “You’re like the brother I never had” (ouch!)
Option 3 – Be straight with him and let him know that you’re not interested (double ouch!)

Of these three, (ALL) the guys seemed to prefer the latter—that you let him know straight up that it’s not going to work, and you both move on with your lives (hopefully). I won’t even lie, I was rather surprised because after hearing so much about men and their fragile egos and what not, I assumed that this option wouldn’t even be on the table. But it’s apparently the most preferred, so maybe it really is. But each option isn’t without its downside:

With Option 1, ignoring it might just not work. Some guys can be very persistent; they might even interpret the girl’s passivity as them not doing enough so they’ll just keep trying harder until she responds accordingly and she’ll probably get tired of playing ignoramus before he gives up on her.
With Option 2, one of my friends actually said telling him he’s like a brother or whatever will actually make him want to try even harder to break out of the #friendzone. He already knows you like him enough to consider him “family” so he will do everything he can to get the romantic attraction going. Essentially, this might just give my guy false hope and even make things harder for the girl.
And with Option 3, like I already said, you run the risk of bruising his ego, and there is a very big chance of complicating the friendship (especially if it has gone on for a while); you’re guaranteed at least a moment of awkwardness.

So given these options, how do you proceed? And as much as the outcome might depend on the guy’s personality, his mood, how the girl goes about it, whether or not they are friends and how solid their friendship is and so on, it really might just be a factor of chance. There’s really no way to tell.

What do you guys think? Which of these three would you use/prefer was used on you? Did I leave anything out, and are there any other options you think might work?

(Of course, the easier thing to do will be to simply consider it and give him a shot… you never know, right? LOL)

Look out for Part 2 – “What’s The Best Way To Turn A Girl Down?” on my blog (Lota Relates) next week. Your opinions are welcome ☺