Onyinye Nwanna-Iwuoha: My Problem is Worse Than Yours 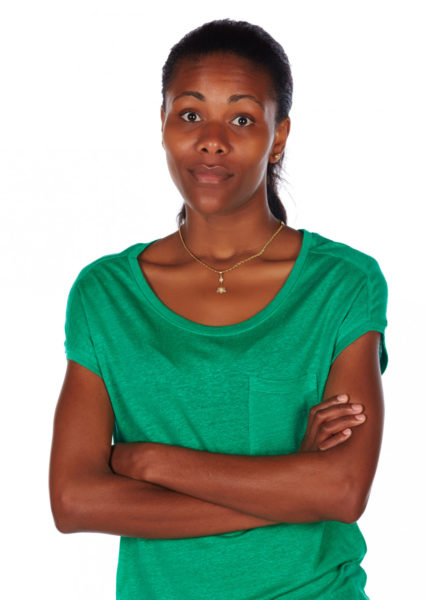 I have to apologise, I couldn’t come up with a better title to explain this crazy need of ours to best each other – even in the simple things of life. Whether good or bad, we always try to say or show that the other party complaining or just talking about an issue shouldn’t even open her mouth as our problems are worse than hers.

This takes competition to an absurd level. I’d totally understand if we are competing over something worthwhile, but to compare bad situations?

Headache
A: “I’ve been having this headache since morning. It’s making me nauseous and I can’t seem to do anything about it.”

B: “That one is small. When I had mine, it was as if I was carrying two trailers on my head. I couldn’t even open my eyes.”

Childbirth
A: “My dear, my labour pain was unbearable. I was in labour for over 24 hours! We, women, are trying.”

B: “My own was for two days! Two days! And you’re talking about 24 hours. Abeg don’t even go there.”

Babies
A: “Your baby is so cute! What does she weigh?”

Robbery incident
A: “My sister, please join me and thank God. We were almost killed yesterday. Robbers came to our house, took all our money. But thank God, they didn’t shoot anybody”.

B: “They only stole money? When armed robbers came to my brother’s house, they stole, shot my brother and even raped the help. You are very lucky. You shouldn’t even be complaining.”

There are so many instances that I can’t possibly mention. I guess, a lot of us see it as adding our two cents to a discussion, but I don’t think we’ve ever thought about how it makes the other party feel.

A friend said that she doesn’t think it’s possible for us to completely eliminate jealousy and competition in our lives. In fact, she believes that, in order to succeed in life, you have to compete with your peers. I get that, I totally do.

However, what I don’t seem to understand is why we even have to compete with each other on issues that are not worth it.Take the baby weight example. This probably won’t be an issue for me if I haven’t seen it happen a couple of times.

First of all, why do you want to know the baby’s weight? Ok, now that you know what the baby weighs, why mention your child’s weight? Did the new mum ask you? Are you trying to tell her that her baby is under weight?

Why am I overreacting? Some of you may ask… It happened to my cousin. Her beautiful baby girl weighed 2.4kg. Her first child. And like all first mums, she wants to know and hear that her baby is perfect.

So, when her “friend” visited and asked her for the baby’s weight. She told her 2.4kg and that lady said the most awful thing you can ever say to a new mother, “She’s small o. Were you not eating? My baby girl weighed 3.4kg and even the doctors and nurses were congratulating me for having such a big baby. Anyway, you don born am already. Make sure you feed her very well.”

Now, I’m the most mild-tempered person but at that point, I almost lost it. My cousin just “smized” and told the lady not to worry that she will feed her daughter well.

After the lady left, she was depressed and kept asking the doctors if everything was okay with her daughter as per her weight.

The reason I shared Chi’s story is to emphasize why it’s important to curb our competitive spirit especially when you’re not getting any award or benefit. You won’t win any points for making the other party feel bad and inadequate.

I mean, what do you even gain by comparing yourself and your problems with that of another person? Do you feel good with yourself? And honestly, even if there was a competition for who has the worst life, why would you ever want to win such a competition?

Apart from competing over who has the worst problem, there are some other people who internally gloat over your problems even when they are sympathizing with you. This is another story entirely. And please don’t tell me it’s “a Nigerian thing“. No, it’s not. It’s a human nature thing which we have to work on.

So, when someone tells you they have a headache, please don’t belittle their pain by comparing it with your own recent experience. Just sympathize and probably share one or two tablets of pain reliever if you have any.

And when next you go to visit a new born baby, don’t ask what the baby weighs. In my opinion, questions about the baby’s weight are just irrelevant especially when you’re not a pediatrician. Admire the precious little one and go home.

There are so many obstacles we have to navigate to make it in life. Let’s not make problem competition one of it.

‘Samu Ekhator: They Keep Saying Our Generation is the Problem