Akanna Okeke: They Lied To Me 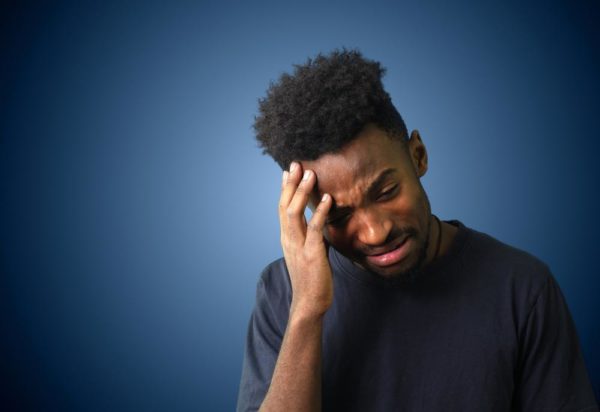 “Everyone gets a trophy”. Those were the words swirling in Tommy’s head, as he lay helplessly on his hospital bed, unable to move.  One for the sharp pain he felt all over his body, and then for the strange situation of having his left wrist handcuffed to the bed.  How did he get here?

He was thinking about his life so far, starting with elementary school. There, he would participate in sporting activities and would, for some reason, always get a trophy even if he wasn’t the best performer.  It was now that it was beginning to dawn on him just how ridiculous that idea was.  When he would run the tracks, come in last and still be handed a trophy.  When they even went as far as experimenting with invisible soccer, where the pupils played against each other with an invisible ball so that if you decided that you scored by shooting the ball into the net and the goalkeeper decided that he caught the ball and stopped it from going through the goal post and into the net, you were both right.  Both teams got a trophy at the end of the game because both teams ‘imagined’ that they had won.

How about those Christmas parties, where they danced musical chairs with the same number of chairs as people dancing round them; so that everyone got a seat, no feelings were hurt and they just ‘enjoyed’ the music and the camaraderie?

High school was a bit more realistic, even though it was still an extension of his entitled life.  No one was ever scored a zero in tests or exams.  The teachers were not allowed to be that cruel to the students.  You were just assigned letter grades that were meant to reflect how the teacher felt about you as a human, despite your flaws.

He remembered that there was really no form of punishment. “Oh don’t you dare! Who are you to discipline my child?” His mum would yell at the PTA meetings.  She was his savior.  He usually got into trouble with the authorities as a juvenile –hosting loud parties when his parents travelled, driving underage without a license, pelting their neighbour’s home with eggs at night –and she was always there to bail him out.

There just never seemed to be any consequences for his actions.  This was the world he knew. This was how he understood the world to work.   Well, until he turned 18 and was “ready” to move out of his parents’ house.  He craved independence and they supported him because, frankly, they wanted him out of the house –out of their hair.

He obtained a student loan and got into college. Academic work was tough. He tried sports too, but it was too competitive. Campus life was hard. He dropped out before the first year was over.

He decided to get a job. He served at a quick service restaurant.  He did not like the attitude of his customers and even coworkers.  He quit.

He tried many kinds of jobs after that, but did not last very long in any of them.  After a while, he stopped getting jobs or even interviews. It seemed like he was no longer employable. This depressed him. For the first time in his life, he was depressed.

He turned to drugs; first the legal ones and then the not-so-legal ones.  The substance abuse controlled his life.  He was a mess.  A mess of a boy, filled with despair, uncertainty, disappointment and ingratitude.

He just felt deceived in some way.  How could life become so hard all of a sudden? It was rosy growing up, there were hardly any consequences for your actions, and everyone got a trophy for even the most minimal effort.  Now he was supposed to be responsible and bear consequences and push though? How?

These were some of the thoughts in his head, slowly being taken over by the haziness of his intoxication as he was driving back from hanging with the boys that night.  They had drunk heavily and added some drugs to the mix too.  In the midst of his disappointing life, he still held up his head in one area.  He still prided himself in his ability to control the steering wheel and take himself home after many nights of inebriation.

This night was different.  This night he drove by what seemed like his old elementary school.  This was where it all began; the lies, the unrealistic reality.  He craned his neck even after he drove past and kept on hurling curses at them –at the building.  He did not realize that he had drifted onto another lane, onto the lane with on-coming vehicles.  It was the last he remembered.  The last he remembered until now.  He could still hear the voices of his elementary school teachers. “Everyone gets a trophy!”

He called for the nurse and gave her what seemed to be a lengthy message. She scribbled. Minutes later, his mum’s voice came shrieking through the hospital lobby, to the hallway, to very close to his ward. “Where’s my baby! Where’s my son?”

The policemen stopped her from going in and were speaking some calm words to her deaf ears and agitated body, which wanted nothing else but to push through and burst through those doors behind them.  He could make out what was going on out there through the glass panes on the doors.  He noticed that she was suddenly still and quiet.  And he imagined that the nurse had shown her the list.

It was the list of those who were not to be allowed in to see him.  She was on there, along with his dad, his elementary and high school teachers (as if they would have bothered to come).  He would only see the family of the three girls he was just made aware of being responsible for their critical conditions.

His mum was furious, enraged and agitated once again; trying to push through. He forgot she was a lawyer and of course, by now, would have claimed to be his attorney.  She said a few things –high pitched –and burst through the doors.  She was in tears.  He was not sure the exact reason behind them.  “Why did you do this Tommy?  Why did you do this to me, to your dad, to your friends, to everyone, to yourself?”

It seemed like a logical question to him.  But after his long trip down memory lane, it did not seem contextually logical.  He hated the sound of her voice and all that she represented. All the people she had listed as being disappointed in him for his actions.

His stomach ached, his head too. His mouth was full, not of words but of bitterness.  His eyes dimmed and she could tell that this was not remorse but dissatisfaction; and she wondered why.

He finally opened his mouth, looking first at his left wrist and then into her eyes.  And in a cold whisper, the words rolled out, “they lied to me”.