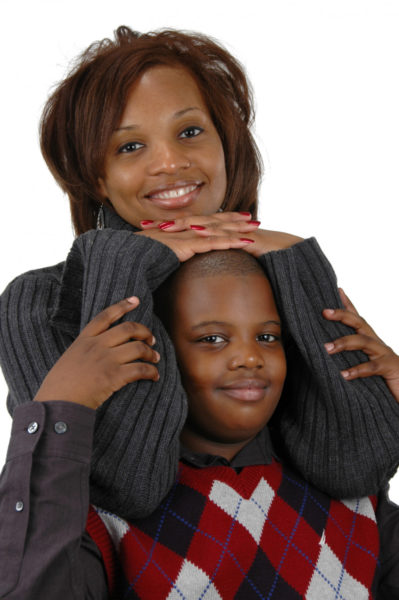 These days, we are being told left right and centre that spanking is wrong. Psychologist, psychiatrists and all manner of studies are telling us that the way our parents raised us are to blame for the many, many mental issues we are currently having to deal with.

One study published on NY Times says and I quote, “A child who is spanked, slapped, grabbed or shoved as a form of punishment runs a higher risk of becoming an adult who suffers from a wide range of mental and personality disorders, even when that harsh physical punishment was occasional and when the child experienced no more extreme form of violence or abuse at the hands of a parent or caregiver.”

So basically, those excuses, such as, you spank once a year, or when they reaaaallllly deserve it, should be thrown out the window. One swat on the bum will scar your kid for life. (Really though, is there any adult without some form of mental and physical disorder?)
Why I might be anti-spanking.

One reason why I might agree that spanking can be unwarranted is that sometimes, parents do not take the personality of their kid into account. For instance, growing up, I was a total rule-follower. I did exactly what I was told and I never talked back at my folks. I never told lies, stole or was disobedient. Yet, I was spanked a lot. Why? Because I was (and still am) the quintissential procrastinator. My stem mum thought I was lazy, but I soon came to realise that was not the case. See, the thing is, if she gave me an hour to do ten chores, I will do it all without complaining once. But if she says something like, “clean this bathroom today,” then leaves for work, I will wait until five minutes before she was to get back to start. So, yes, she caught me a few times and beat the living daylight out of me.

All the beating did not change that. It just drove this wedge between us (although that might just be because she was not my birth mum). I do believe that if she had set specific deadlines, that would have helped immensely. I believe that if she had helped me with my procrastinating habits with practical solutions when I was younger, I won’t have had to clock 20 before I figured out this flaw on my own and begin to take steps to dealing with it. For a long time, I accepted I was simply lazy and that did a number on me.
So, yes, in some ways, I do believe not all children need to be beaten. In fact, spanking will absolutely never work for some children. So, on that note, I am anti-spanking.

Another argument for sparing the literal rod is that it is easy to lose control. One day, I returned from work after a really bad day. I was pissed by my husband for some reason too, so I was just in no mood. I was frustrated and exhausted. The nanny left almost immediately I came back home, so it was just me and the kids that evening. An evening where all I wanted was to either punch someone or go to sleep. Then my 2-year-old started bugging me for some juice. He pestered and begged and sobbed. Finally, I got my ass off the couch and went to pour him some. I had just turned away for one second when I heard him gasp. I turned around to find the entire content of the cup on my floor. I was enraged. In that state, I stormed over to him, turned him around and gave him the hardest spank ever. My first feeling was relief. I felt relief that I was able to take out some of my frustration on someone. Then I felt ashamed. How was I different from wife-beaters who claim they did it because they had a bad day? Plus, I knew my boy and I knew that spilling that juice was an accident. He was more broken than I was about it.

It became clear to me then how easily it is to take out your pain and anger on a child. How regular spanking can lead to child abuse withour realising it. How simple it is to lose control and in a blinding rage, do serious harm to your kid. So on that note too, I say, maybe spanking is not such a good idea.

Then there are those parents that spank for things that their kid cannot control. Those that hit kids for being kids. You will not believe how many times I have seen mothers hit their toddlers for dozing off in a bus or for asking a question out turn. There are even folks who beat their kids just for crying. I have seen a mum beat her one year old who obviously cried and then she beat him again and again and again, because she needed him to stop crying. That, seriously was beyond my belief.
But that does not mean I do not think spanking has its uses.

A year ago, I visited a neighbour who had three boys. I had a writing deadline and our generator was acting up. I needed to use their light so I packed up my laptop and gadgets over to the next flat. This was actually the first time I was spending that much time with her and her kids but it turned out to be my last.
Those kids were so unruly and downright rude. They were aged between 4 and 7 but they were little terrors. Their mum kept putting them in time-outs and ‘naughty corners’ but they never stayed there for long. They will get up and go touch or break the exact thing their mum said they should stay away from. While I was there for about an hour, they smashed two glass cups on purpose, one boy punched another in the eye and another opened a bottle of water and poured the content all over his brother.

All the while, I was just watching their mum sigh at intervals. Sometimes she sent them to the naughty corner and other times she just ignored them. She said nothing when they hopped out of their corners and totally ignored their antics. At one point, I closed my eyes and imagined myself getting up, grabbing a lone belt sitting at the corner of the living room and spanking their behinds until thy kingdom come. When it looked like they were bringing their ‘crase’ towards me and my precious laptop, I kuku carry my thing and returned home. I’ll rather fast and pray until PHCN restores power than sit back and have one of them destroy what I sweat to buy.

So, as you can see, I am quite torn on the matter of spanking. I could easily just say it depends on the child but wouldn’t it cause other major issues when one child grows up being spanked and the other just gets a talking-to?
I would love to hear your views on the matter? Would/do you spank your kids? Does the fact that you were spanked/not spanked affect how you turned out? Share your views in the comments.

Cisi Eze: Who Will Marry You?

Akanna Okeke: They Lied To Me

Thelma is a writer, part-time baker and full-time mum. Being a mother has started her out on a whole new journey and she enjoys sharing her experience, views and lessons learned. She blogs on OneNigerianMum (onenigerianmum.wordpress.com). You can also check out her Facebook page (OneNigerianMum) and Instagram (@africankidsrock) where she celebrates adorable African cuties. Email: [email protected]